Hammer Metals, recently voted Queensland Explorer of the Year for its breakthrough discovery of the Overlander deposit, has set its sights on a number of big new exploration goals around its Mt Isa tenements. A deep diamond drill hole is about to target extensions of a number of extraordinary copper-gold drill intersections that remain open at depth at the Kalman South prospect. 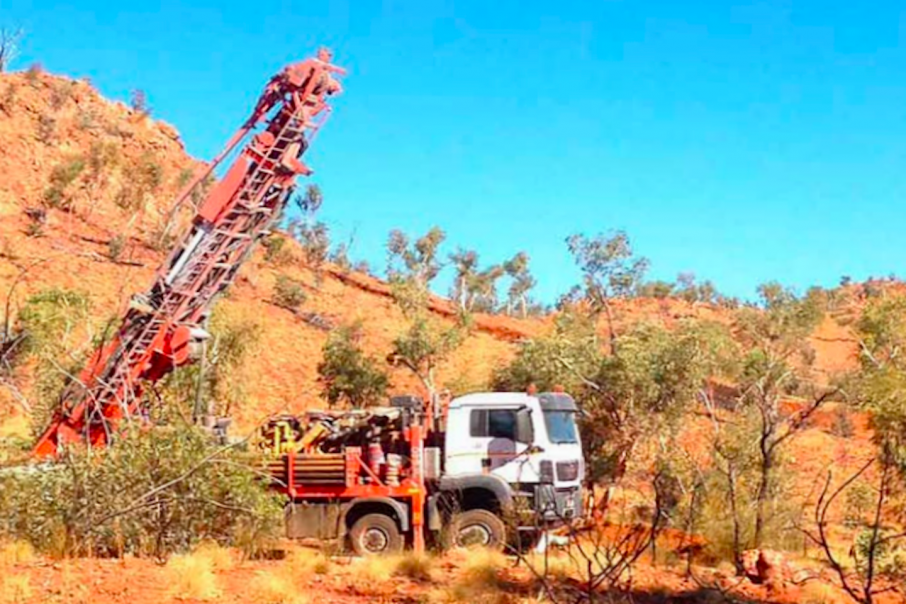 Hammer Metals are working towards a further upgrade of their Kalman South copper gold deposit near Mt Isa with a new drill hole about to test for extensions of previous extraordinary drill hits that still remain open at depth.

Hammer announced this week that a new drill hole would seek out extensions to two previous drill hits that include a massive 53 meter intersection grading 2.1% copper and 0.52 g/t gold from 695 meters and 7.6 meters at a whopping 23.4% copper and 0.51 g/t gold from the 582 meter mark.

The potential expansion comes just a few weeks after the company announced a resource upgrade to 20 million tonnes at 1.8% copper equivalent and signals Hammer’s confidence in Kalman South growing into a solid money spinner.

The Perth-based junior, recently voted Queensland Explorer of the Year for its breakthrough discovery of the Overlander IOCG deposit, told the ASX this week the new hole would be drilled on a 24-hour-a-day basis until completed in three to four weeks’ time.

Given the exceptional size and excellent grades of the previous hits that still remain open at depth, the results will be keenly anticipated by market punters in coming weeks.

Hammer have previously demonstrated an ability to find resources where previous operators have failed.

This includes the Millennium prospect about 60kms north of Kalman that was picked up for just $83,000 in cash and shares a few months ago.

Judicious drilling at that project of only 23 RC holes has unearthed extensive copper and cobalt mineralization with a maiden resource estimate now due to be released by the end of next month.

Hammer also announced this week that it was about to fly a hi-tech VTEM Max survey over a long structural corridor to uncover the possible locations of other high-grade deposits similar to Kalman South. The survey will cover a 23km strike length of the Pilgrim Fault, extending from the China Wall prospect in the north to the Python prospect in the south. The fault zone is considered prospective for high-grade sulphide accumulations, similar to Kalman South and will cover the surrounds of the Hammertime and Kalman West deposits.

Meanwhile at the Overlander IOCG prospect, where Newmont is earning an interest of up to 75% at a cost of $US10.5 million, Hammer reported that two drill cores had been logged and submitted for analysis with results pending.

Both holes displayed broad zones of strong magnetite, chlorite and ‘red rock’ alteration, with zones of disseminated sulphide. A decision on further drilling will be made after assay results are in.

The JV is giving increased attention to a prospect 2kms west of Overlander, known as the Tourist Zone, in an analogous geological position. A program of geological mapping, rock chip sampling, gravity and ground magnetic surveys has been completed and results are being assessed.

With so much exploration going on and so many results pending, Hammer will no doubt attract significant market interest in the lead up to Xmas.