Hammer Metals have commenced drill activity on another front on their vast Mt Isa tenement holdings, this time at their highly prospective Mt Frosty Copper-Gold joint venture with Glencore. Hammer is hoping to repeat recent successes that built on drill results of previous explorers and aims to establish a resource at the Jubilee prospect with minimal drilling. 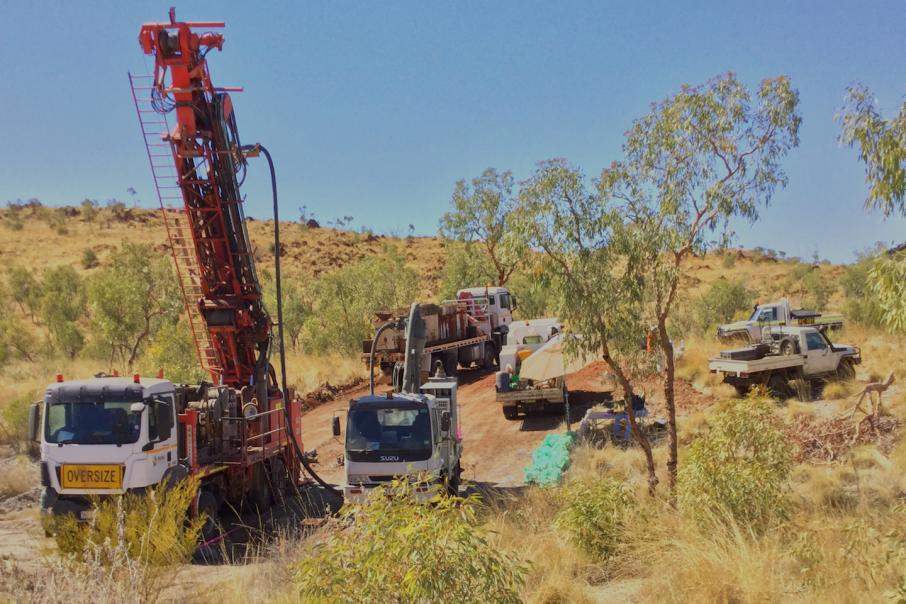 Hammer Metals have kicked off their highly anticipated drill program at Mt Frosty, their joint venture with Glencore, adjacent to the old Mary Kathleen uranium mine east of Mt Isa.

The junior explorer agreed at the start of the year to buy a 51% stake in the Mt Frosty joint venture as part of a package of assets being sold from AuKing (formerly Chinalco Yunnan Copper). While other assets in the deal went straight through, there was a six-month wait with Mt Frosty while Hammer negotiated with 49%-owner Glencore.

The deal was finally settled at the end of August, along with a new JV agreement with Glencore, who clearly also see a lot of potential in the Mt Frosty ground. Hammer is operating the exploration program under the renegotiated joint venture, with each party contributing their equity share of the exploration budget.

The first stage of the new RC drill program consists of 17 holes for 1200 metres to test the top 100 metres below the surface. The second stage of drilling will be shaped by results from the first 17 holes.

Hammer shareholders can look forward to a feast of drill results from several projects in coming weeks. Follow-up RC drilling recently got underway at 100% owned targets at Kalman West and Hammertime, while drilling is also planned at Serendipity, Pharaoh East and Elaine in the current quarter.