Half a million ounces and counting for Bellevue Gold

Bellevue Gold has announced a high grade mineral resource of 1.9 million tonnes grading 8.2g/t gold for 500,000 ounces at its namesake project, near Leinster in the Goldfields of W.A. The resources lie adjacent to existing underground workings from surface to a depth of 450m. The company says this is an interim resource that still has significant scope to increase with more drilling. 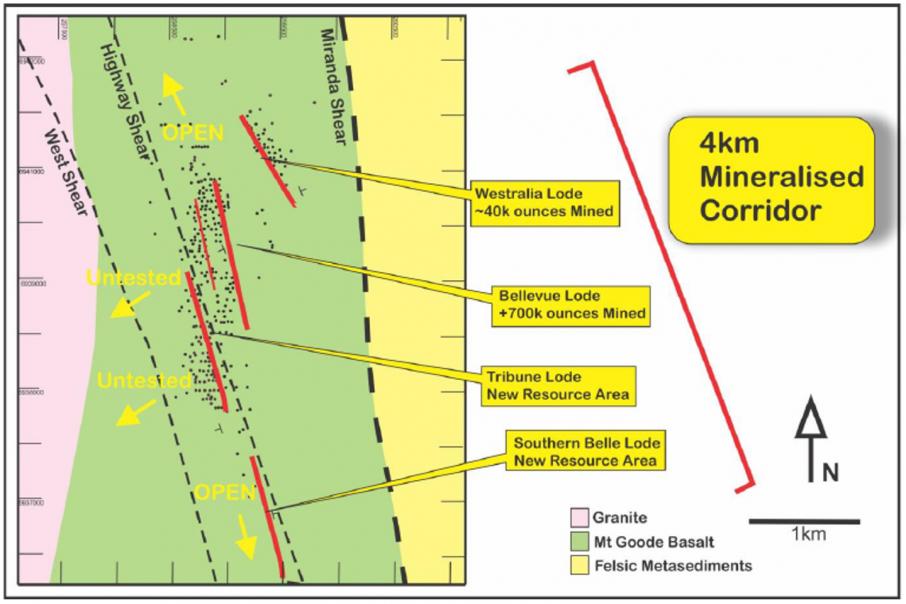 ASX listed Bellevue Gold has delivered on its promise and this week announced a high-grade maiden resource estimation of 1.9 million tonnes grading 8.2 grams per tonne gold for 500,000 ounces, at its Bellevue gold project, northwest of Leinster in the W.A. Goldfields region.

Using a higher cut-off grade of 5g/t gold instead of 3.5 grams per tonne, the resource boasts a very high-grade subset of 1.4 million tonnes @ 9.6g/t gold for an impressive inventory of 430,000 ounces.

The new resources are contained in a number of lodes across multiple shear zones that effectively surround the old mined out Bellevue Gold Mine lode.

It seems a little extraordinary that so much high-grade gold was left in the ground at the time that the mine closed back in 1997.

“We view this very much an interim resource, with significant scope to delineate further high-grade gold ounces from the current step-out drilling underway at both the Tribune Lode and new Bellevue extension discovery.”

“With ongoing drilling over the next few months, we anticipate strong news flow and expect to upgrade the resource estimate later this year.”

The mineral resource estimate extends from surface and 92% of the inventory reports no deeper than 450 metres from the surface.

The new resource statement includes the Tribune Lode, located west of the main mine workings, which was only discovered by the company 8 months ago.

Bellevue management says there is still significant scope for an expansion in resources both along strike and at depth, with drilling ongoing throughout the remainder of 2018.

All resources are located on a granted mining license and within close proximity to the historical underground mine development and infrastructure.

The recent high-grade gold discovery below the underground mine workings is not included in the current resource estimate and provides further blue-sky potential for project.

Preliminary metallurgical test work recently completed for the Tribune Lode discovery produced outstanding results including up to 82.5% recovery of gold by gravity separation.

These exceptional results are in line with the historical performance of the ores processed at the operation.

The Bellevue gold mine produced 800,000 ounces at about 15g/t gold up to its closure, when low gold prices made extraction of the ore below 450m depth uneconomical to continue.

Regionally, Bellevue is completing a comprehensive “brownfields” review of existing and historical data, which will lead to a strategy for targeting additional gold mineralisation via extensions of existing ore shoots and exploratory-style drilling for new ore positions.

Numerous brownfields and regional gold targets will be drill tested and the company reports that an upgraded resource estimation for the entire Bellevue gold project is scheduled for reporting in December.

That will most certainly be in interesting set of numbers. 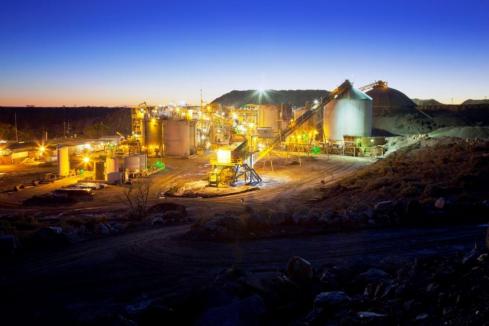