Greenland Minerals has executed an MoU with major shareholder, Chinese global rare earths player Shenghe, to develop the flagship Kvanefjeld project in Greenland. The agreement covers off-take, sales and marketing of rare earth products and strategic project progression going forward. The partners have agreed to flexibility in off-take arrangements for the project’s output, being either rare earths in chemical concentrate or rare earths in mineral concentrate. 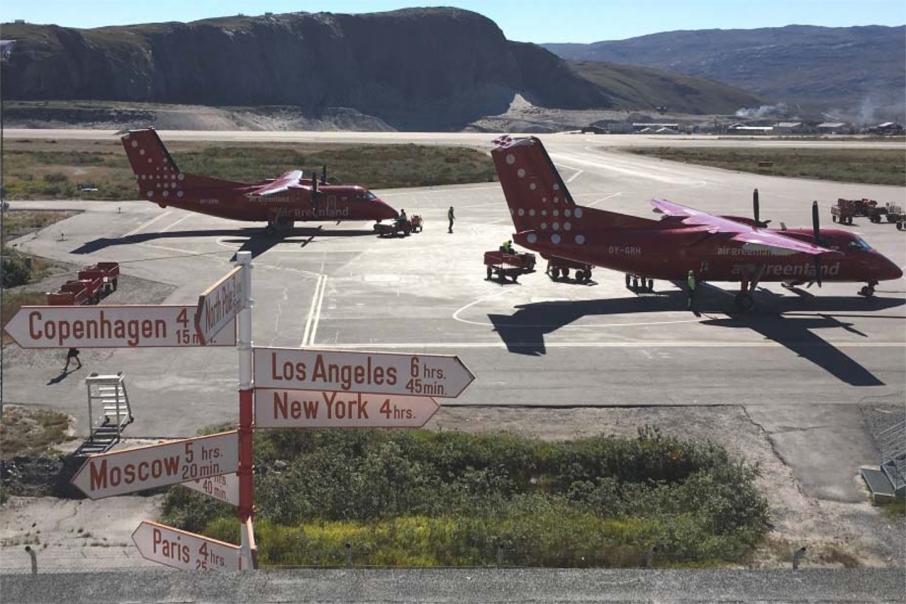 ASX listed Greenland Minerals has signed an MoU with major shareholder and Chinese global rare earths giant Shenghe, setting the framework for the commercialisation of the company’s flagship Kvanefjeld project in southern Greenland.

The MoU covers the fundamental areas of the project’s progression, being the product off-take and marketing of rare earth products produced by the venture.

Importantly, the partners have now developed an all-encompassing execution plan for the strategic development of the Kvanefjeld rare earths project moving forward.

Specifically, the plan will see the partners integrate the rare earth concentrate produced with downstream processing technology in order to establish product off-take arrangements, marketing and sales to global customers.

Greenland and Shenghe have agreed to conclude a binding agreement on the product off-take within 3 months from the mutual acceptance of the optimised flowsheet for the Kvanefjeld project.

The optimisation program is expected to be completed in the first quarter of 2019.

That impressive result opened up the possibility of direct shipping of mineral concentrates from Kvanefjeld, with significantly lower up-front CAPEX costs potentially required to initiate the project.

The company said at the time that the value of such concentrates per kilogram actually exceeded the financial return from commercial base metal concentrates.

Additionally, both parties will develop their own project financing strategies which will also see Shenghe take a direct equity investment in the project.

In 2016, Shenghe took a strategic 12.5% interest in Greenland and has provided most of the technical input into developing the Kvanefjeld project since that time.

Kvanefjeld is projected to be one of the largest global producers of the sought-after key magnet rare earth metals, neodymium, praseodymium, dysprosium and terbium and the project also boasts valuable zinc and uranium by-products.

The company says that the signing of the MoU represents a significant step towards getting its rare earth product to market.

In an act of divine intervention with exquisite timing, new US Defence laws came into effect earlier this month which prevent the purchase of rare earth magnets from China by the US military.

China currently produces about 85-90% of the world’s supply of rare earth magnets and previously accounted for up to 90% of the magnets consumed by the US military.

Shenghe has already expressed its intent to acquire all rare earth element production from Kvanefjeld, which could squeeze the market for the products even further in the coming years, perhaps increasing commodity prices.

Greenland Minerals Managing Director John Mair said: “Shenghe has the capacity, technology and intent to process a variety of intermediate rare earth products from Kvanefjeld and produce high‐purity, industry ready products. The significance of Shenghe’s undertaking demonstrates that all project output at planned volumes will be absorbed into commercial end‐use markets.”

Mr Tang Guangyue, CEO of Shenghe Resources Holding Co Ltd said: “As a global REE material supply company, Shenghe always engages in the improvement of the global REE value chain. We think the Kvanefjeld Project, which we see as a world‐class project, has a bright prospect.”

“Adhering to the attitude of being responsible for the global REE market, Shenghe’s willing to support GML's push for the Kvanefjeld Project into operation as soon as possible.”

Greenland is presently finalising its Environmental Impact Assessment for lodgement with the Greenland Government authorities, paving the way for public hearings as a next step towards obtaining a mining licence for Kvanefjeld.

A new pro-mining coalition Government was established in Greenland in May, which sets up a positive backdrop to complete the permitting for Kvanefjeld, according to the company.