Great Southern Mining experienced a Eureka moment after taking a chance and stepping out 200m from the existing gold deposit at its Duketon project in WA. The company hit a 17m intersection going 7 g/t gold from 11m in its latest campaign at Duketon. An even more impressive 1m at 109 g/t gold was contained within the 17m hit. 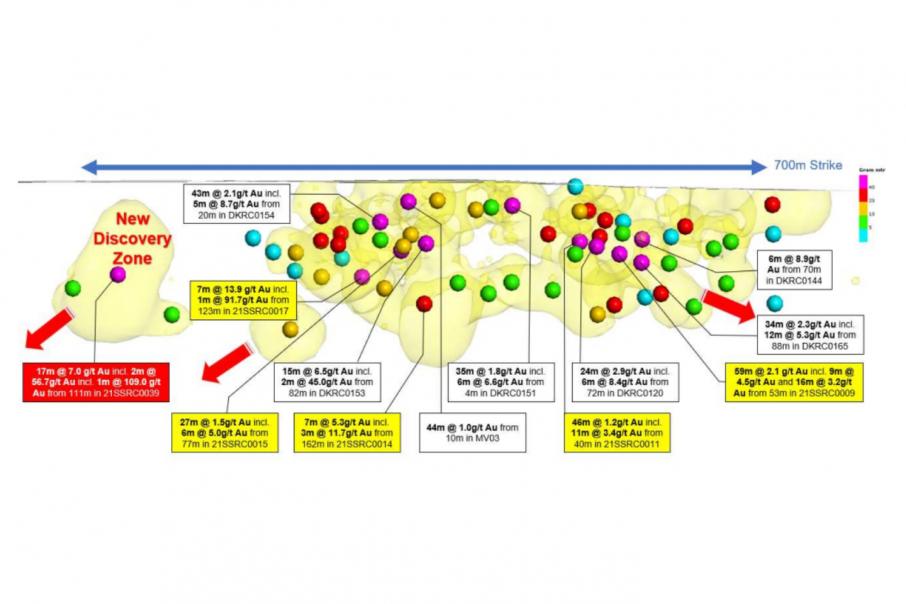 Great Southern Mining experienced a Eureka moment after taking a chance and stepping out 200 metres from the existing gold deposit at its Duketon project in WA. The company hit a 17m intersection going 7 grams per tonne gold from 11m in its latest campaign at Duketon. An even more impressive 1m at 109 g/t gold was contained within the 17m hit.

The new discovery zone has extended the mineralisation corridor at the Southern Star prospect to an enviable 700m of strike length and is still open in all directions.

The prospect lies on the same trend as the behemoth Rosemont Gold deposit that hosts a million ounce plus mining operation and the Ben Hur deposit which hosts a formidable maiden gold reserve estimate of 390,000 ounces gold. Great Southern owns 12 kilometres of tenure along strike from the Ben Hur deposit with a plethora of potential drill targets along the same auriferous trend.

The same look-alike magnetic high feature located at Southern Star can be traced along to the new 17m wide high-grade drill hit. The magnetic anomaly has been interpreted by the company to represent alteration or a possible cross cutting structure indicative of shear hosted gold deposits.

The new results come off the back of an extensional reverse circulation drill program that followed on from a highly successful maiden 3,421m RC drill program at Southern Star. The new area of gold mineralisation intersected the footwall of the quartz dolerite unit, the persistent, high grade primary lode.

Another significant intercept from the new discovery zone intersected 39m at 0.4g/t gold from 116m including 1m at 3.6g/t gold. Whilst the 39m intersection is low grade, the company says it potentially points to a broader mineralised envelope that is not just constrained around the 17m hit.

The company says the encouraging new results will lead to follow up drilling that is now being planned.

Great Southern has only explored a small fraction of what is looking like a lucrative 6.7km long mineralised trend at Southern Star.

It also has a further 5.6km of potential strike on an adjoining lease that is also ready to see the drill bit at Duketon.

Great Southern Mining’s Chief Executive Officer, Sean Gregory, said; “Discovering exceptional high-grade gold in an area that has seen no drilling previously, 200m south of Southern Star is an exciting development for Great Southern. In terms of mineralisation style, Southern Star is the same as Ben Hur and Rosemount which have progressively grown into company making deposits, and we see no reason for this not to also occur at Southern Star.”

Further assays are expected shortly from the central and northern area of the Southern Star deposit.

The company took a chance stepping out by 200m from the known mineralisation at Southern Star and could easily have missed it and likely did not expect to make a 17m, 7 gram hit.

As the high-grade quartz dolerite unit has not previously been targeted by other companies and with drilling to the south of the new discovery zone virtually non-existent, things could get interesting quickly for Great Southern. 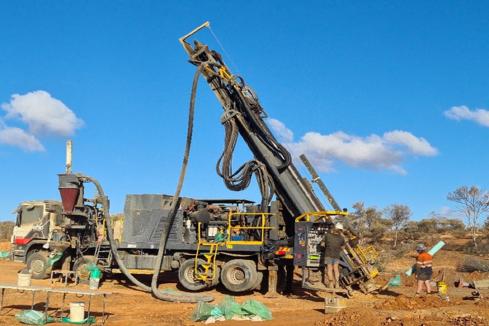