ASX-listed Great Southern Mining has hit visible gold in drill core from quartz veins from 164.5m down-hole at its high-grade Cox’s Find underground gold deposit near Laverton in WA’s Goldfields. Assays are being fast-tracked after one diamond hole was drilled immediately down-plunge from historical workings where high-grade gold mineralisation was observed last year. 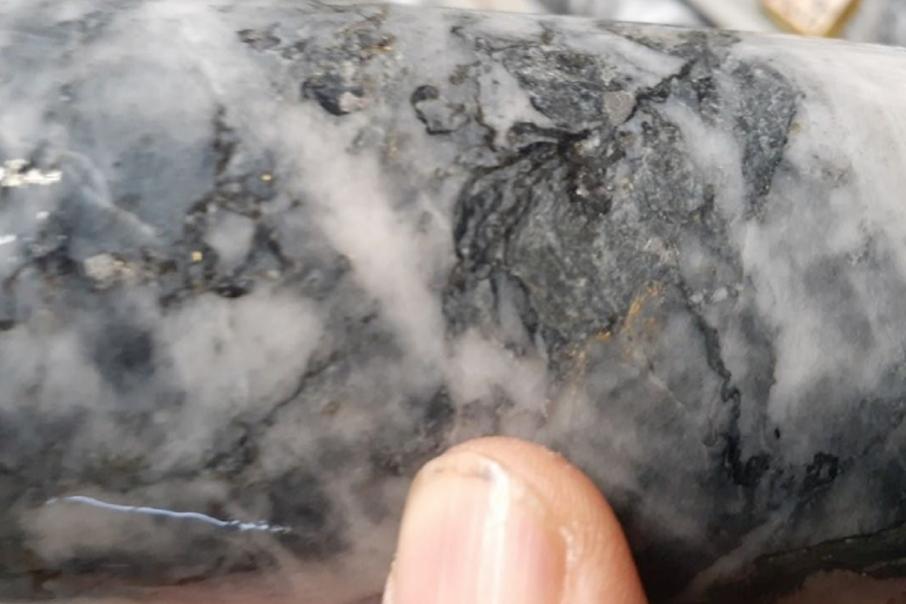 Assays are being fast-tracked after one diamond hole was drilled immediately down-plunge from historical workings where high-grade gold mineralisation was observed last year.

Great Southern Mining Chief Operating Officer, Mark Major said: “This is a very exciting time for the company - seeing multiple occurrences of visible gold in drill core is always a good sign. I’ve personally driven up to site to inspect the core. This is the first diamond core that has been drilled through the mineralised sequence and gives an invaluable insight to the geological setting and the potential existence of high-grade mineralisation.”

Great Southern said it was pleased to report the direct hit in just the second diamond core drill hole in its current drilling program that is targeting high-grade gold-bearing mineralisation identified from its 2019 campaign.

The company’s first hole in the current campaign intersected an unmapped historical stope at 159.3m and its core will be processed and assayed.

Great Southern said its drill hole appears to have hit its target, a recently discovered, un-mined, high-grade panel of mineralisation between level 5, 132m   below ground level and level 6 at 158m below ground level.  The hole intersected the main lode about 155m down-hole with visible gold observed over 1.2m from 164.6m down-hole within a multi-phased quartz vein host.

The company said it had three more diamond core holes to drill in this campaign, its first into the main lode at Cox’s Find, almost seventy years after the old Western Mining Corporation finished lifting about 77,000 ounces of gold from it at a reported head grade of 22 g/t gold.

Cox’s Find is developing rapidly for Great Southern who is part of a wave of explorers that are experiencing great success by breathing new life into old mothballed projects with modern exploration techniques.