Great Southern Mining is expanding its reach in northern Queensland with two applications for exploration permits that cover much of the prospective ground surrounding the high-grade Dianne copper mine. The permits cover 360 square kilometres in a known gold-copper district and provide the company with an area to carry out detailed exploration to identify similar high-grade copper deposits for follow up drill programs. 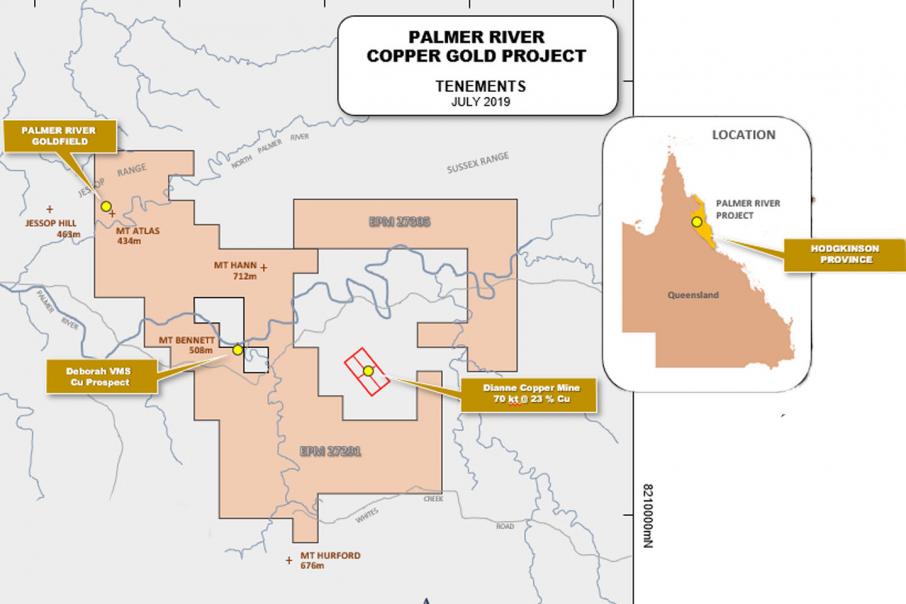 Great Southern Mining is expanding its reach in northern Queensland with two applications for exploration permits that cover much of the prospective ground surrounding the high-grade Dianne copper mine.

The 360 square kilometre application area is located in the Hodgkinson Province, a known gold-copper district with high prospectivity for lode and placer-style gold and volcanic massive sulphide-style copper deposits.

Dianne, which is not held by the company, is the largest known copper deposit in the area and historically produced nearly 70.000 tonnes of direct shipping grade copper ore, assaying between 18% and 26% copper and 359 grams per tonne silver.

Management said its ground, named the Palmer River project, has the potential to host further high-grade copper deposits at depth below numerous prospects typified by lenses of gold-bearing quartzite and anomalous copper.

Notably, these prospects bear similarities to the geology at the Dianne copper mine.

In addition, large tonnages of gold have been produced from the lode and placer deposits within the Hodgkinson Province, through small-scale and artisanal mining for over a century.

Alluvial and eluvial placer gold deposits were the primary focus of the original Palmer River/Maytown gold rush that produced over 1 million ounces of gold in the late 1800s.

Great Southern believes there is potential for its Palmer River project to host large bulk tonnage resources of gold.

Executive Chairman John Terpu said: “There are a number of historical references to VMS prospects within the application area where noted mineralisation is similar to the geology of the incredibly high-grade Dianne copper mine deposit.”

“Once granted, these permits will add to GSN’s already significant presence in north Queensland with our Edinburgh Park Project and underpins our belief that the historically underexplored region provides considerable exploration upside for gold, copper and base metal deposits.”