ASX-listed gold explorer, Great Southern Mining has quickly shaken off any lingering after-effects of festive season celebrations and got back to business, resuming a significant RC drilling program at its Mon Ami and Cox’s Find gold projects near Laverton in WA. 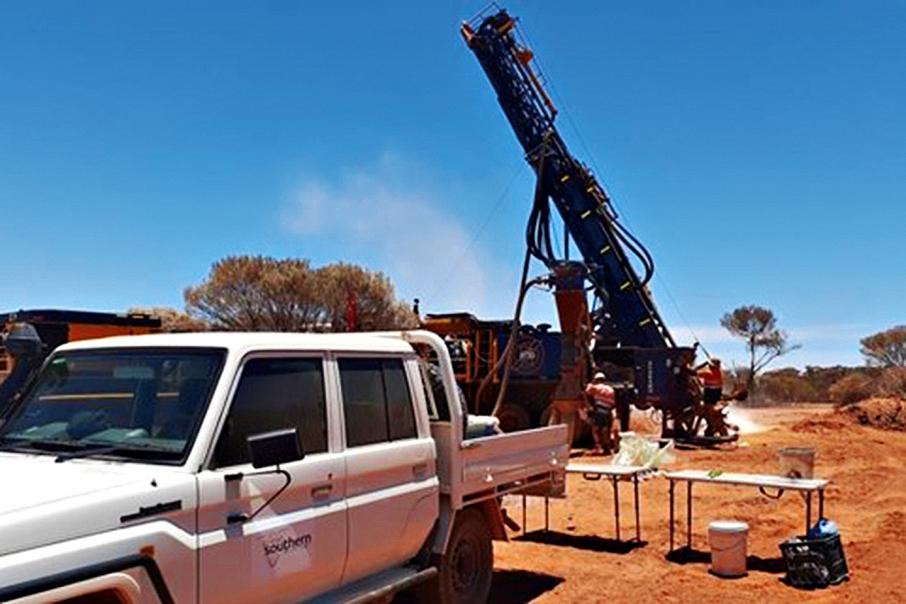 ASX-listed gold explorer, Great Southern Mining has quickly shaken off any lingering after-effects of festive season celebrations and got back to business, resuming a significant RC drilling campaign at its Mon Ami and Cox’s Find gold projects near Laverton in WA.

The Perth-based company has set its sights on upgrading the mineral resource estimate for Mon Ami, which is located 17 kilometres south-east of Laverton, sometime in the first half of the calendar year. Mon Ami’s resource currently stands at an inferred 1.1 million tonnes of ore going 1.7 grams per tonne gold for 59,000 ounces of contained gold.

Great Southern is also eyeing a possible near-term satellite open-cut mining operation at Mon Ami that would entail toll treatment of ore at one of several nearby mills. To that end, the company says it is continuing to progress the required technical and environmental studies as a precursor to seeking a mining approval.

Great Southern Mining Chief Executive Officer, Sean Gregory said: “The drilling at Mon Ami is expected to support an upgrade to the existing mineral resource in the first half of 2021 as part of the potential development pathway identified. A gold mine at Mon Ami could be a useful source of cash for Great Southern to fund our aggressive exploration plans at depth at Mon Ami, Cox’s Find and in North Queensland.”

The company’s latest RC drilling program consists of approximately 40 holes for an aggregate 5,400m across both the Mon Ami and Cox’s Find projects, the latter about 80km north of Laverton in WA.

In December, the company drilled nine RC holes totalling 1,393m at Cox’s Find. A further 15 RC holes are planned for Cox’s Find later this month once the Mon Ami drilling currently in progress has been completed.

Great Southern hopes the shallow RC drilling at Mon Ami will help delineate and extend near-surface, high-grade gold mineralisation for incorporation into the targeted resource upgrade and shore up the economics of a potential open-pit development. It also intends testing for possible depth extensions at Mon Ami.