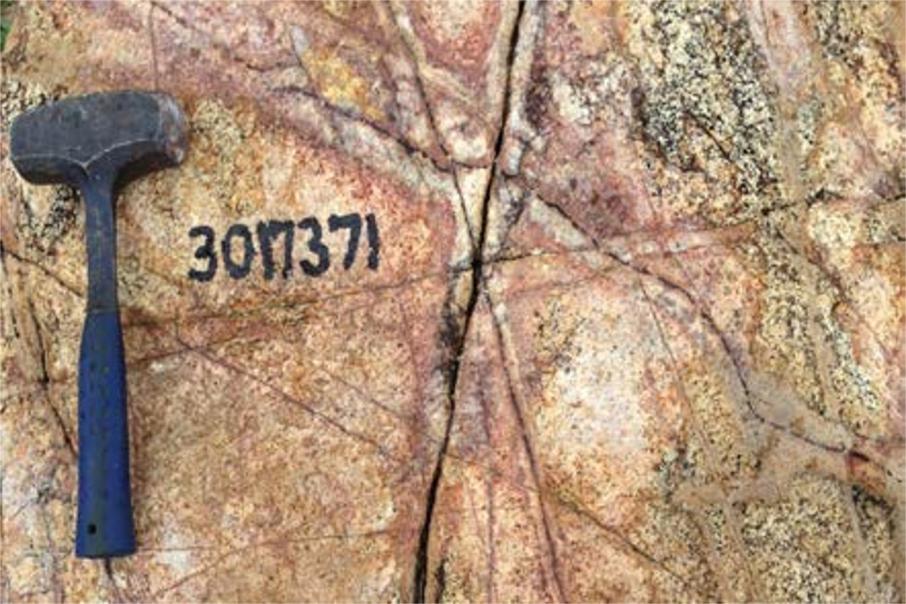 It’s so nice when a plan comes together, especially when it comes in the form of a large-scale porphyry system covering nearly 6 square kilometres, replete with copper-gold-molybdenum and in an area studded with similar deposits and intrusive related gold systems.

Such is the case for Great Southern Mining’s new Leichardt Creek prospect southwest of Townsville in Queensland, which has returned surface rock chip samples up to 0.56% copper, 0.12g/t gold and 0.46% molybdenum.

With respect to the new discovery, Great Southern Executive Chairman John Terpu said: “The company has always held a firm belief in the high prospectivity of the tenure at our Edinburgh Park project and to get early exploration success on multiple targets creates a range of exciting opportunities to deliver value for shareholders.”

“This is the first time that a company has systematically explored the outcropping mineralisation at Leichardt Creek. Whilst the prospect is still at an early stage of exploration it has the hallmarks of a promising large-scale gold-copper-molybdenum-rich porphyry system.”

“The scale of the opportunity is one of regional significance to the area. A discovery of this nature has the potential to be transformational for the company.”

This region of northern Queensland is associated with extensive felsic volcanic activity and intrusions responsible for the formation of numerous tier 1 deposits, like Kidston, Mount Leyshon, Mt Wright, Ravenswood and Mt Carlton, endowed with more than 13 million ounces of gold.

Geological descriptions and interpretation of the Leichardt Creek prospect area show vein characteristics and geochemical anomalies indicative of a high level porphyry system above a parent intrusion, said the company.

If so, Great Southern could be sitting on a monster that has undergone very limited exploration in the past.

Curiously, in the early 1970s, Otter Exploration completed regional soil sampling programs in the same area, unearthing a copper-molybdenum-lead-zinc zonation highly suggestive of a metal zonation above an intrusion, but did not assay for gold and silver at the time.

This further reinforces the company’s belief that it might have stumbled across something quite significant in northern Queensland and there is potential for a number of different deposit styles at Leichardt Creek, particularly at depth.

Great Southern is now completing ongoing analysis of the prospect data and generating a systematic program to evaluate the economic potential within the delineated porphyry system.

The company is planning to complete airborne magnetic and radiometric surveys in the region to support ongoing mapping efforts, to help in the interpretation of subsurface geology.

Ultimately, this work will lead onto deep scout drilling programs at the newly defined intrusive system, where Great Southern will be hoping to snag some big game.