Great Southern Mining continues to churn out the high-grade drill hits at its historic Cox’s Find gold project near Laverton in WA, this time outside of the interpreted main lode extension. Better assays from recent RC drilling at Cox’s Find included 9m going 5 g/t gold from 142m, within a broader zone of 16m at 3.7 g/t from 138m, and 2m at 14 g/t from 146m. 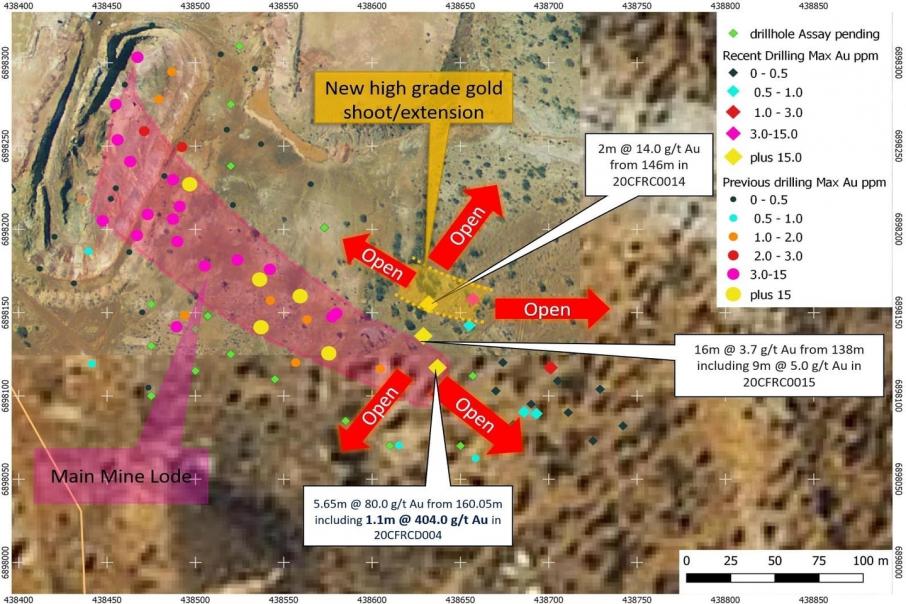 ASX-listed gold explorer, Great Southern Mining, continues to churn out the high-grade drill hits at its historic Cox’s Find gold project about 65km north of Laverton in WA, this time outside of the interpreted main lode extension.

Great Southern has so far received assays for the first 15 of 32 RC holes equating to about 3,286m, as part of phase one of a planned two-phase 9,000m RC program, as well as from only one diamond hole out of five planned diamond holes totalling about 500m.

The Perth-based company said it was particularly buoyed by the 2m intersection within a quartz vein 40m north of the interpreted main mine lode.

The new mineralised zone encountered lies outside the interpreted main lode extension that was the focus of historical mining activities and is considered either connected to the main mining lode or possibly a new lode shoot parallel to the main lode sometimes seen within high-grade systems.

According to Great Southern, the vein resides in the same geological package between the dolerite unit or the “hanging wall” and the sediment package or the “footwall” unit found at the Cox’s Find main mine lode.

Great Southern Chief Operating Officer, Mark Major said: “We are now seeing high-grade mineralisation outside the historical main mining lode. It’s still very early in the exploration process with just over 8,000m of drilling processed at Cox’s Find by GSN since acquiring it in 2019.”

“The knowledge acquired and the in-ground results have been excellent. We are now looking forward to finishing off the RC drilling, completing the diamond core processing and obtaining the assays for the other half of the program to undergo detailed interpretation.”

Cox’s Find is located about 12km along strike from Regis Resources’ Garden Well open pit gold mine. It was mined between 1937 and 1942 by Western Mining Corporation, producing about 77,000 ounces of gold at a reported head grade of 21.94 g/t from vein stope operations.

Great Southern says this is the first time a modern exploration campaign has tested for extensions of the known Cox’s Find gold lode that was mined years ago.

With drilling results continuing to trickle in – almost on a daily basis – the company is building a solid geological picture of a possibly larger mineralised system that was missed by the old timers.

Spectrum Metals managed to do just that last year at its Penny West project and very quickly got taken out by Ramelius Resources for about $200 million after discovering a hidden extension of the old mined-out Penny West pit.