Great Southern Mining has unearthed rock chip samples up to 1.65g/t gold and 185g/t silver during its first pass geological reconnaissance exploration program at the Edinburgh Park project, located only 25km from the revered Mt Carlton epithermal-style gold mine in northern Queensland. The company has generated a number of high priority structural targets from the campaign and is now planning an RC drilling program to test those areas. 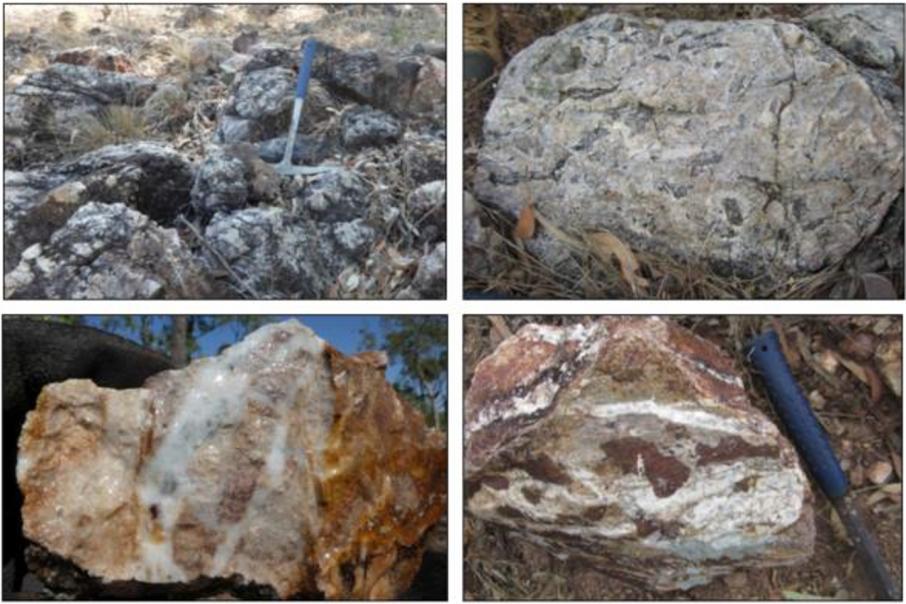 Great Southern Mining has unearthed rock chip samples up to 1.65g/t gold and 185g/t silver during its first pass geological reconnaissance exploration program at the Edinburgh Park project, located only 25km from the revered Mt Carlton epithermal-style gold mine in northern Queensland.

In particular, the company honed in on an area of historical drilling activity at Whydah, that was completed by Ashton Mining back in the late 1980s.

The previous exploration effort had identified highly anomalous rock chip samples up to 3.5g/t gold and 200g/t silver, along with strong arsenic and lead assays, which are indicative of epithermal gold-silver mineralisation in this region.

Great Southern’s exploration program has effectively confirmed the presence of epithermal gold-silver mineralisation at Whydah, with a range of geochemical pathfinder element assays indicating potential over at least 500m long by 300m wide at the prospect, where mapped to date.

The work has enhanced the possible discovery of new mineralisation at the Whydah prospect, with a number of high priority structural targets already delineated for follow-up RC drilling in the near-term.

Great Southern Mining Executive Chairman John Terpu said: “The Edinburgh Park project … (and) the company’s North Queensland assets are seen as a potential growth area … the geology has all the right attributes to host a deposit of porphyry and/or epithermal mineralisation.”

“.. the attractive features of the project (are) the combination of good exposure to geology, the close proximity to Mt Carlton and the … tenements are underexplored. This provides the opportunity to identify potential deposits at the early reconnaissance stage.”

“The results are encouraging and the gold and silver grades identified at Whydah are the stepping stone to more results as we work to undertake detailed geological mapping to define “walk up” drill targets.”

The results are a coup for John Terpu, who was M.D. at Conquest Mining throughout the 2000s, at the time that company made the major discovery of the Mt Carlton gold-silver deposit.

Whilst Conquest eventually merged with Catalpa Resources to form Evolution Mining who now operate the Mt Carlton mine, Mr Terpu quietly banked his knowledge of the region.

Great Southern then swooped on the prospective Edinburgh Park and Johnnycake project areas north and south of Mt Carlton respectively, when those areas of ground became vacant.

The recent exploratory work has thrown up a plethora of possibilities for Great Southern in northern Queensland, which presents it with a second front for activity outside of the company’s exciting gold assets in the northern Goldfields region of WA.