Grade is King for Blackstone in new cobalt play

West Perth based Blackstone Minerals has dusted off historical mining records dating back over 60 years to fully understand the potential of its Little Gem Project in British Columbia, Canada that boasts one of the highest grade cobalt-gold deposits in the world. Recent drilling turned up a 4.3 m intersection going 1.0% cobalt and 15 g/t gold, including 1.1 m @ 3.0% cobalt and 44 g/t gold. 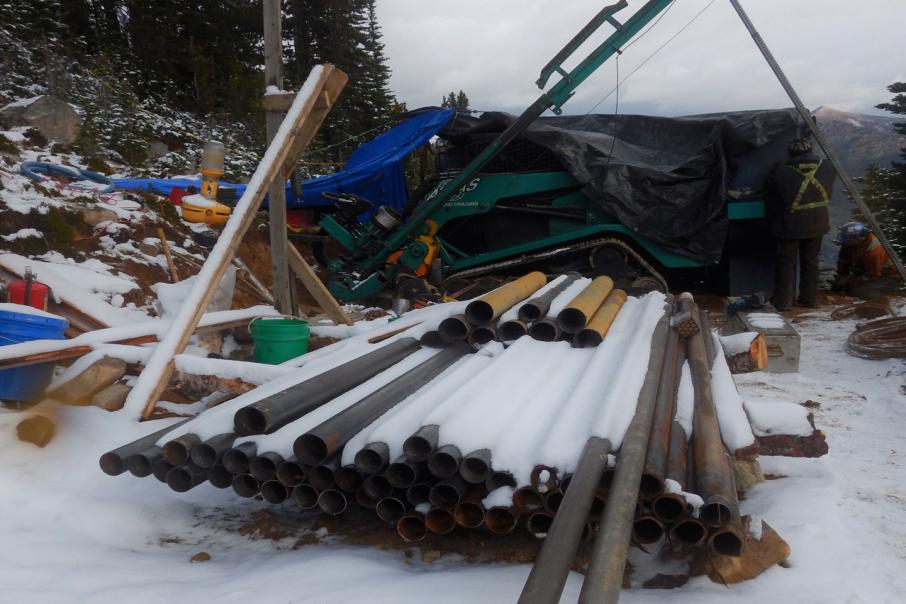 West Perth based Blackstone Minerals has dusted off historical mining records dating back over 60 years to fully understand the potential of its Little Gem Project in British Columbia, Canada, that boasts one of the highest grade cobalt-gold deposits in the world.

In fact the gold and cobalt grades at the project are both so good that it is not immediately obvious whether it is a gold play with cobalt credits or a cobalt play with gold credits.

With cobalt currently touching US$80,000/tonne and a supply deficit looming, Blackstone’s timing could not look better with this potential company making project.

Cobalt is the current darling of the resources industry and contributes up to 60% of the value of lithium ion batteries, which in turn account for greater than 50% of the present demand for the metal.

The lithium ion battery is projected to become the world’s most significant source of power for both electric vehicles and the economical storage of clean energy.

Bloomberg forecasts 35% of all vehicles sold by 2040 will be fully electric and consequently cobalt demand is only expected to increase in coming years.

Blackstone have seized on this latent opportunity and quietly compiled an impressive land package covering 48 km of the lucrative looking but untested geological horizon along strike to the southeast of the high grade Little Gem Project.

The company recently reported results from its maiden diamond drilling program at the project that returned 4.3 m @ 1.0% cobalt and 15 g/t gold including 1.1 m @ 3.0% cobalt and 44 g/t gold, confirming historical results.

Follow up drilling in the second quarter of 2018 will focus on delineating the extent of the identified mineralisation with the potential to deliver a maiden JORC resource estimate in the medium term.

Little Gem lies within the historical mining district of British Columbia, just 330 km by road from Vancouver, with excellent supporting infrastructure in the region. It is less than 15 km along strike from the high grade Bralorne and Pioneer gold mines that recorded production of 3.0 Moz @ 17g/t gold and 1.4 Moz @ 18 g/t.

Clearly, Blackstone have done their homework on this prospective metalliferous province in one of the lowest political risk mining jurisdictions on the planet.

Ironically, the high cobalt content of the Little Gem ores hindered the historical owners from developing the project, as the cobalt was considered a “contaminant” to the gold mineralisation that was the subject of earlier exploration plays.

Blackstone however are now presented with a potential opportunity to develop one of the highest grade standalone cobalt mining operations in the world with gold credits that are so high in grade that they would make most of West Perth’s wanna-be gold miners blush.

Historical and reconnaissance rock chip sampling within the existing mining lease surrounding Little Gem has also outlined significant gold and copper occurrences at surface, within 2 km of the main deposit on other structures and faults.

A number of priority radiometric and electromagnetic targets have been identified at the project, in a region virtually untested by modern geophysical exploration techniques.

Blackstone believes the mining district surrounding Little Gem may well be analogous to the world class Bou-Azzer cobalt mining centre in central Morocco that contains 50 separate deposits and has produced high grade cobalt, silver and gold in a very similar geological setting continuously for over 75 years.

The large, unexplored regional exploration footprint that Blackstone has established in British Columbia already contains numerous historical mineral occurrences and there is reasonable cause to suggest that other cobalt, gold and copper discoveries may await.

Outside of Canada, Blackstone own three projects endowed with gold and nickel mineralisation in Western Australia. The current focus is the Silver Swan South Project, located ~30 km northeast of Kalgoorlie just10 km south of the 166 000 tonne Silver Swan high grade nickel mine and 8 km northeast of the 5m ounce Kanowna Belle Gold Mine.

Both intersected beneath the masking palaeochannel sediments indicating that the results may be indicative of a primary weathered basement source of the gold mineralisation, in a region with little historical exploration due to lack of surface expressions.

Blackstone plan to complete a limited diamond drilling program at the Black Eagle Prospect to better understand the structural geology controlling the gold and nickel mineralisation identified at the Silver Swan South Project.

Corporately, Blackstone stands out amongst its peers with a primary focus on cobalt. The stock is tightly held, with a strong cash position and a market cap of just A$36M.

The Little Gem Project is potentially the first of a number of high grade cobalt-gold-copper deposits Blackstone may economically exploit from the British Columbia region opening up the opportunity for a raft of news flow from the company in coming months.

Blackstone look to have been dealt a stellar hand at Little Gem in a jurisdiction with almost no political risk that boasts excellent infrastructure.

None of which matters of course if you don’t have grade but Blackstone has that in spades. With smashingly good grades for both. Blackstone’s biggest problem is working out whether Little Gem is a gold play or a cobalt play – a very neat problem to have.