Golden frontier opens up for King River in WA 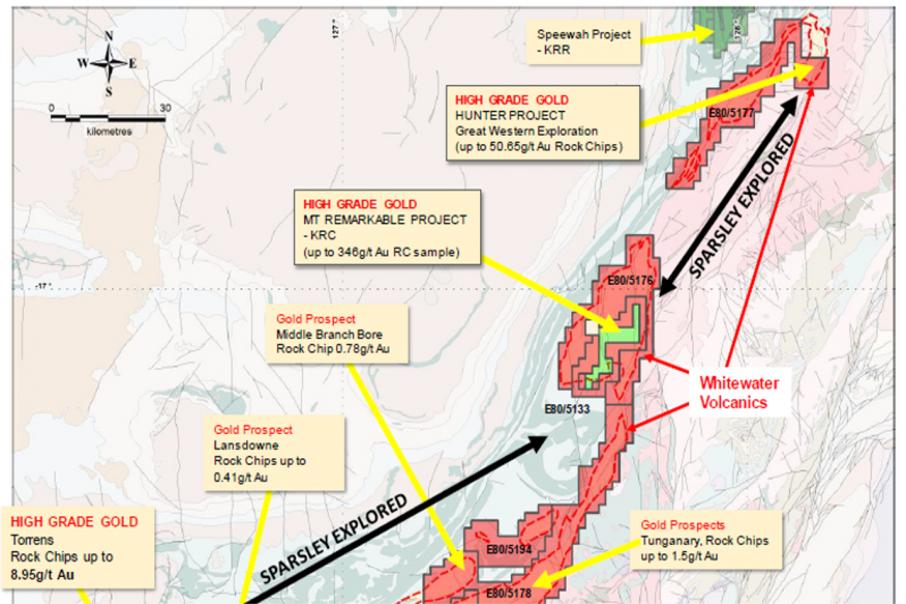 This same geological unit hosts the company’s emerging high-grade Mt Remarkable gold project, which has produced some intoxicating drill sample assay results over the past 12 months.

And King River believes there is much more where that came from, with the new exploration licences covering primary extensions of the same host rock sequences.

All the recently granted tenements have delivered anomalous historical gold results from rock chip sampling including 50.65g/t gold from the Hunter project, 85km northeast of Mt Remarkable and 8.95g/t gold from the Torrens prospect, about 150km to the southwest.

The northernmost tenements lie close to the existing Speewah Dome area and the company said that these areas might also be prospective for the mineral fluorspar.

Fluorite is generally sold as a metallurgical lump or higher-purity acid grade fluorspar powder and mainly used in the manufacture of hydrofluoric acid and aluminium fluoride, the latter being a critical flux in the smelting process for producing aluminium.

But it is the untapped gold potential of the new exploration ground that has King River up and about.

According to King River, the field work has already unearthed several new occurrences of quartz-feldspar veining, that is characteristically associated with the identified high-grade gold mineralisation at the Trudi Vein system.

In addition, gridded soil sampling programs have started over these newly discovered areas, to assist with outlining further potential zones of gold mineralisation and its associated structural trends.

The company said that any prospective areas identified from this work would be considered for drill targeting later this year, with the Hunter project a real possibility, given it contains similar high-grade gold in quartz veining like Mt Remarkable.

RC drilling programs are also planned for Mt Remarkable in October-November, to follow up on the high-grade drill intersections returned in the 2018 field season.

Broadly, King River will use the knowledge and experience gained from its previous exploratory work at the Mt Remarkable and Speewah Dome projects to identify and then test, high-grade gold targets within its new Kimberley exploration land holdings.