ASX-listed Troy Resources is back on track at the Karouni gold project in Guyana, South America. Improved efficiencies at the Smarts pit have brought production numbers back in line with expectations. Drilling results from the Smarts underground beneath the current pit and the Goldstar deposit a few kilometres away are anticipated for release next week as the company looks to increase the current mine-life. 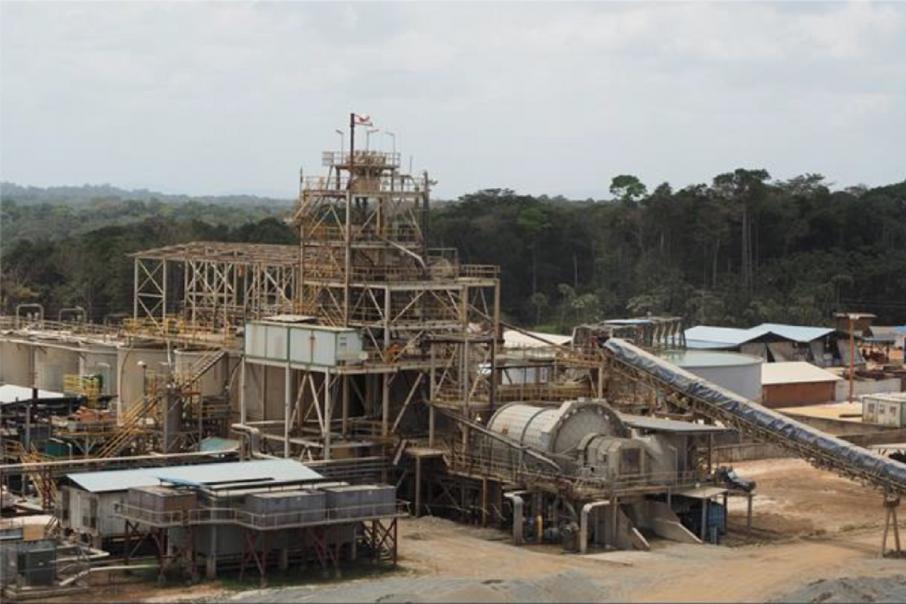 ASX-listed Troy Resources is back on track at the Karouni gold project in Guyana. Improved efficiencies at the Smarts pit have brought production numbers back in line with expectations. Drilling results from Smarts Underground beneath the current pit and the Goldstar deposit a few kilometres away are anticipated for release next week as the company looks to increase the mine-life.

Since acquiring Karouni in 2013 through a merger with dual ASX and TSX-listed Azimuth Resources, Troy wasted little time bringing the project into production with mining commencing in 2016. Between July 2017 and June 2020 alone, over 150,000 ounces of gold have been mined from the Smarts and Hicks pits.

However, the final quarter of 2020 was challenging for the company. As previously reported, a combination of uncertainties due to COVID-19, process reporting and production issues, difficulties in reconciliation between mine and mill, adverse weather conditions, along with a lack of suitable ore hampered the operation.

As a result, the production numbers declined to as low as 70 ounces of gold per day, below the 75 ounces per day required for break-even excluding head office costs.

The company says it has now resolved these issues and is back on track to profitability.

Changes in production parameters including blast patterns and sourcing of contractor equipment, together with improvements in processing capabilities appear to have significantly improved efficiencies. The plant is now operating at normal levels and further improvements are anticipated through changes in screening processes to deal with blockages caused by large clay content in the ore.

As a result, in the first two months of this year, over 500 more ounces have been poured than in the entire fourth quarter of 2020. In January, some 2,113 ounces were mined averaging 70 ounces per day, while in February, 2,653 ounces were produced at 95 ounces per day.

Going forward, Troy considers production of more than 2,200 ounces of gold per month as a reasonable expectation through to the end of June 2021, leaving it operating above the breakeven mark.

The company is already a member of the coveted one-million-ounce club with a total resource across several satellite deposits of 16 million tonnes grading 2.0 grams per tonne of gold for a total of just over one million ounces. Within this, the project hosts ore reserves of 1.1mt at 2.1 g/t gold for 77,000 ounces.

Troy is looking to increase the existing reserves and provide new ore for the plant through exploration and infill drilling at the Smarts underground and Goldstar.

The Smarts underground resource already boasts some 288,000 ounces of gold grading 3.3 g/t gold. According to Troy, final assays from recent drilling have been received and show rock characteristics suitable to underground mining, together with encouraging mineralised intercepts.

A separate release of these assay results is anticipated next week and will be eagerly awaited. Past drilling at Smarts underground returned numerous outstanding intersections including a bonanza 11m grading 131.93 g/t gold from 223m and 19m at 9.15 g/t gold from 173m.

In the coming weeks Troy will incorporate the drilling results into mine design planning for Smarts underground with a maiden ore reserve anticipated to follow, aimed at extending the mine life at Karouni.

Meanwhile, at the Goldstar deposit located within 10 kilometres to the north of Smarts, an in-fill drilling campaign has been completed and the results are being incorporated into the existing resource model. Goldstar currently hosts over 25,000 ounces of gold in the inferred category. The project is in the design phase right now with orebody modelling anticipated to be completed shortly. The assay results of the drilling are forecast to be released to market next week.

Guyana is no stranger to muti-million-ounce gold deposits with the 10-million-ounce Toroparu project being developed by Canadian GoldX Mining Corp just one example.

With drilling results expected next week and Troy continuing to improve its production, followers of the company will be wondering just how much gold is still lurking below ground at Kourani as the company looks to grow its resource base.