Gold, base metals & barite in same hole for Adriatic 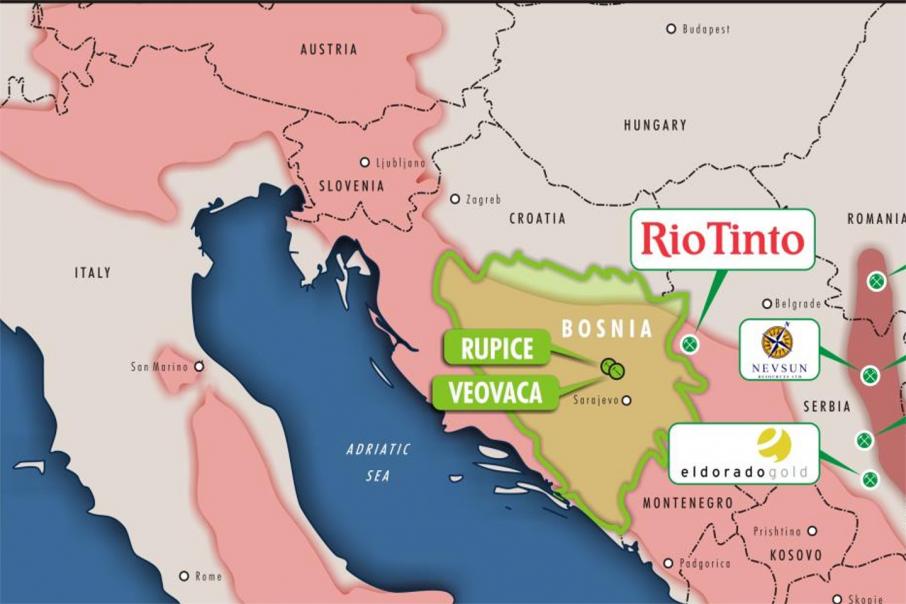 This drill hole intercept is about 60m to the northwest of a 66m intersection previously reported by the company in July and therefore extends the known footprint of the mineralisation in this area.

This hole confirms high-grade mineralisation 50 metres up-dip from a spectacular 64m intersection reported by Adriatic from its initial diamond drilling program at Rupice in June.

Adriatic Metals CEO Geraint Harris said: “Both BR-7-18 and BR-8-18 continue to demonstrate thick and high-grade mineralisation that confirms further continuity with our 2017 and 2018 drilling results and the ability to further expand Rupice.”

“It is also exciting to see the previous mineralisation boundary expanded to the northwest, beyond the known drilling; which further demonstrates the tremendous potential of this deposit.”

According to the company, drilling is continuing on schedule at the prospect, with 4 rigs currently in operation.

Adriatic has now defined the mineralisation at Rupice over a strike of more than 300m, a width of 150m and a depth exceeding 200m from surface.

Importantly, the high-grade plunging core of the deposit is now defined over 400m, which has been a key focus of the company’s resource development drilling program in Bosnia to date.

Even the “waste” rock at the project is barium sulphate or barite, which is saleable in its own right.

The company is planning a full resource drill out of Rupice in order to complete a maiden mineral resource estimate for the prospect over the coming period.

With an amazing mix of valuable minerals in the same exceptionally long drill holes, the maiden resource for Adriatic will no doubt be newsworthy.