Debate is hotting up over longer-term climate trends, historical temperature statistics and a recent expansion of the Antarctic sea ice. 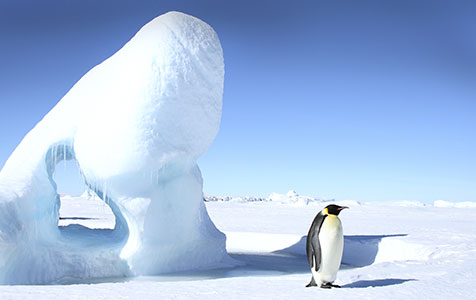 Tens of thousands of highly paid taxpayer-salaried scientists and bureaucrats plus their political masters worldwide could be eating humble pie in the years ahead over their long-standing global warming predictions.

And one reason for this is that we are well past the 15-year mark without the terrifying global warming they have insisted was imminent because of CO2.

But the news for these catastrophists, who have dedicated their lives to scaring people to justify imposing ever-higher taxing of energy and subsidising wasteful and inefficient wind mills and rooftop solar panels, is already discouraging for them when it comes to Antarctica’s massive ice body.

Anyone who logged on to the ‘Watts Up With That?’ website (“the world’s most-viewed site on global warming and climate change”) on September 21, as I did, then clicked on to its ‘Antarctic Sea Ice’ segment could have read the following:

“Another 58,000sqkm was added since yesterday, making it the seventh all-time record in seven days.

“This new record is 610,000sqkm higher than the previous daily record.”

The site obtains its data from global satellite imaging and calculations.

This, of course, is not surprising to those recalling last Christmas’s disastrous 52-member scientific sortie to the increasingly icy continent aboard the Russian-flagged MV Akademik Shokalskiy that encountered thick pack ice.

The ship was marooned on Christmas Eve and soon after the Chinese ice-breaker, Xue Long, was also trapped while attempting to rescue the team.

After nearly a fortnight in pack ice they were transferred by helicopter to Australia’s icebreaker, Aurora Australis, and brought home.

However, despite that he sprang back to fame in May when, as one of 14 scientists, he was recognised by the Australian Academy of Science at a special Canberra dinner.

He was awarded the prestigious Frederick White Prize “for a contribution to community interests, rural or industrial progress, or to the understanding of natural phenomena”.

Thankfully, he pointed out that: “This is an incredible honour to receive, but it’s very much for work before the (Antarctic) expedition.”

Since then, another chapter in the struggle between government-salaried researchers and those outside the taxpayer-bankrolling loop has surfaced.

This time the central players are the Bureau of Meteorology (BoM), which is accused of manipulating historic temperature records to fit a pre-determined view of global warming, and Queensland environmental scientist, Jennifer Marohasy.

In a March 2008 ABC interview, she had said: “There has been cooling if you take 1998 as your point of reference.

“If you take 2002 as your point of reference then temperatures have plateaued.

“This is certainly not what you’d expect if carbon (dioxide) is driving temperature because CO2 levels have been increasing but temperatures have actually been coming down over the last 10 years … very unexpected, not something that is being discussed.

“It should though be being discussed because it is very significant.”

Where does BoM fit into this?

It has embarked on a “process to correct for anomalies” of a selection of long-standing weather station measurements.

And it’s dubbed this procedure of adjusting reported temperatures that extend over the past century, “homogenisation”.

Whether or not this is kosher, I am not qualified to judge.

But what has understandably puzzled and rankled some, including Dr Marohasy, is that many locations’ long-standing temperature levels and trends have gone from showing slight or steady temperature declines to quite sizeable increases.

One can present many examples.

Deniliquin, a NSW Riverina town, has had its annual average minimums since 1910 “homogenised” from a 0.7C per/century decline to 1C warming.

Another, among many, is Amberley, Queensland, where its raw data showed average minimum temperatures having been “homogenised” from a 1C per/century decline to 2.5C warming.

Among other things, what we have therefore is BoM’s “homogenising”, showing the Australian continent warming, contrary to raw data at some locales, while the continent to our south is breaking ice-growth records.

Is BoM’s practice kosher, or is it statistical spin?

There’s only one way of finding out.

Government, meaning the relevant minister overseeing BoM, should launch a full and completely transparent audit of all statistical – raw and “homogenised” – series by an independent team of statisticians.

Internationally recruited, if need be.

And if that shows, as some believe it may, that a “cooking operation” is in play, then appropriate disciplinary steps and an overhaul of BoM should be taken.

I am prepared to live with spin from politicians, but not be in doubt about unscrutinised temperature data from BoM.