Getting it right on giving

Our society must take care of its most vulnerable, but political motives have shifted the pendulum on ‘need’ and developed a sense of entitlement. 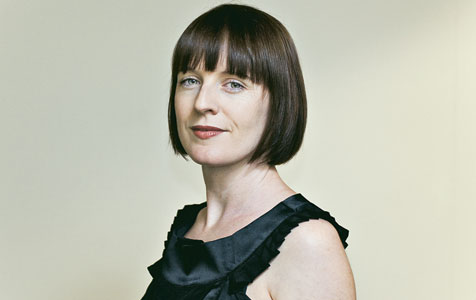 While light years away from the kind of philanthropy Andrew Forrest put on the front pages last week, I recently had my own brush with the complex politics of giving.

It all started last Friday afternoon when I stopped to get cash out of an ATM near home.

There's always a fellow selling the Big Issue just metres from the bank, and he never fails to optimistically wave a magazine in my direction.

On this particular afternoon he had packed up for the afternoon and decided to supplement the day's takings with a spot of panhandling.

Cap in hand, he cornered me at the ATM.

I begrudgingly gave him a silver coin as I waited for the machine to dispense my cash for the baby sitter.

It took all my self control not to snatch back the coin but a little voice in my head reasoned a heavily pregnant lady was likely to come off the worse for wear in any skirmish.

I was fuming as I got back in to the car and wasn't quite sure why.

Was it his assumption that I should have given him more, or the simple audacity of his request?

I don't subscribe to the prevailing neo-conservative view that homelessness is the result of poor choices, or Tony Abbott's opinion that a certain proportion of homeless people chose to live on the street.

But it got me thinking about my tolerance for money collectors of all shapes and sizes, from beggars on the street to the constant stream of charities shaking tins outside my local shopping centre.

I don't like saying no. It makes me feel guilty that I don't give more and I want my children to value giving and appreciate what they have.

It's hard to know how to achieve this when they only ever see me rejecting the requests of charities, doorknockers and mouthy beggars.

Perhaps the WA governor, Malcolm McCusker, is right and we need to teach kids about philanthropy at school.

I suspect it's one of those things you can only learn at your mother or father's knee.

Beggars are a relatively new phenomenon in Perth, along with those desperate souls holding small, cardboard signs outlining their dire need for money for food.

I don't have a heart of stone and I feel deeply that the best measure of the fortitude of a community is how it treats its most vulnerable.

That's why I donate to a small number of charities, which provide practical assistance for people who have fallen on hard times.

I lived in London in my 20s, where the sheer volume of beggars meant I had to step over them on my morning walk to the Tube station.

I remember a London native explaining his self-serving attitude to beggars.

"If I'm having a bad day, I give to a beggar," he reasoned

"They're a commodity, a way of lifting your spirits; and if you're not in need of a boost, just walk on by."

Australia doesn't have a strong culture of giving, particularly in the corporate sphere, but I wonder if a lot of generous bequests go unreported because

the family or business doesn't want their name up in lights.

Comparisons are often made with the US, where there are extraordinary bequests, such as the Smithsonian Institution's funding of 19 museums and nine research centres from federal appropriations (70 per cent) and public support (30 per cent).

By the same token the US has virtually no social security safety net, so for all that philanthropy it's a tough place to call home if you're down on your luck.

And the 16-day shut down of US government this month revealed just how hard the right faction of US politics is willing to go to maintain the status quo.

By comparison, Australian politicians have invested heavily in so-called middle-class welfare, such as the un-means tested original baby bonus

Critics argue these schemes engender a culture of entitlement, where people expect all tiers of government to be ready with a handout at the first hint of hardship.

It's an exceedingly complex web but in my opinion welfare should be there to help out 'Mr Big Issue' not engineer social demographics.