Geopacific Resources will secure full ownership of the flagship Woodlark gold project in PNG by paying JV partner Kula Gold AUD$3.25m for the remaining 7% of the project it does not already control. The timing is quite strategic, with gold prices sitting 10% above the company’s base case scenario used in last year’s DFS for Woodlark, which delivered robust economic and technical outcomes for the project. 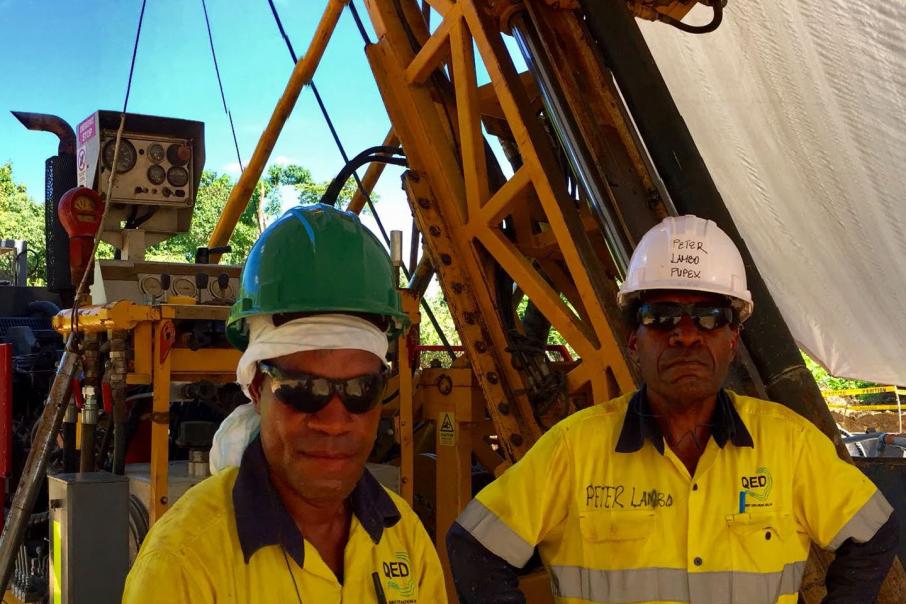 ASX listed gold developer Geopacific Resources is set to scoop up the remaining 7% of its JV holding with Kula Gold Ltd it does not already control, giving it full ownership of the emerging Woodlark gold project in PNG.

The timing appears to be quite strategic, with the company’s November DFS for the project delivering strong economic and technical outcomes at a base case scenario using an AUD$1,650 per ounce gold price.

With gold trading 10% higher than that this week, those outcomes are looking rosier by the day.

Back in January, Geopacific’s Managing Director Ron Heeks set it out plainly saying: “… every AUD$10 increase in the gold price is an additional ~AUD$10m in revenue which is a considerable upside for the +1million ounce project optimised at ~AUD$150 less than the current market.”

In fact, a gold price of AUD$1,800 per ounce delivers over AUD$140m in additional free cash to the project over its initial project mine life.

Mr Heeks added this week: “Acquiring 100% direct interest in Woodlark is a positive step in the project’s development pathway. The simplified ownership structure enhances its attractiveness to potential financiers and positions it to take advantage of the growing AUD$ margin as projected revenues and most costs are to be in Australian dollars.”

The company tabled an excellent set of numbers in last year’s Woodlark DFS, headlined by $257m in free cash the project generates in the first five years, or about $51m per year post-tax for the same period.

The study delineated an initial project mine life of 13 years, producing nearly 1 million ounces of gold and spitting out an average of $26m post-tax annually for the life of the mine.

The project produces a post-tax NPV of $197m and an IRR of 29% and post-tax capital payback is estimated to be just over two years.

The all-in sustaining cost for the first five years of production was just AUD$866 per gold ounce, producing high margins at a puny strip ratio of just over 3 to 1.

By comparison, many West Australian open pit gold miners wrestle with double or triple this strip ratio for their narrow shear-hosted deposits.

The project is blessed with flat terrain and soft outcropping ores with average metallurgical gold recoveries exceeding 90% for the first five years of production.

For the life of mine, the AISC was estimated at $1,033 per ounce, largely driving the strong economic outcomes from the DFS.

The sustained increase in the gold price since early October last year has put some icing on the cake for Geopacific and no doubt, was front and centre, in its decision to commence acquiring the Woodlark project outright.

The CAPEX costs for the Woodlark project are pretty tidy too, coming in around AUD$200m, which is a favourable result for any new gold mining operation, particularly one constructed offshore.

All permitting has been granted and the project enjoys strong community support in the proven mining investment hub of PNG.

Once in production, the company will be able to self-fund and potentially sustain its mining operations at the Woodlark gold project beyond the initial 13-year mine life.

Acquisition of Kula Gold’s remaining 7% JV holding in Woodlark will come via a cash and scrip transaction that will cost Geopacific about AUD$3.25m

A price it seems willing to fork out to consolidate its interest in the project and simplify the ownership structure, which should also lead to significant corporate cost reductions and administrative overheads.

Simplifying the structure will be beneficial for the company too, as it can get on with the job of financing the project and undertake a full exploration tilt at the very prospective porphyry gold-copper land holdings it controls across Woodlark Island.

The clouds are parting for Geopacific in the PNG, giving greater clarity to its road ahead at the impressive Woodlark gold project.