Geopacific Resources looks set to join the coveted ranks of the 100,000 ounce a year club with its Woodlark Gold Project in Papua New Guinea for at least the next ten years. The company’s share price rose 20% ahead of the highly anticipated pre-feasibility study, which is now on the street and hasn’t disappointed with a projected all in sustaining cost to produce each ounce of gold below the magical AU$1000 an ounce mark. 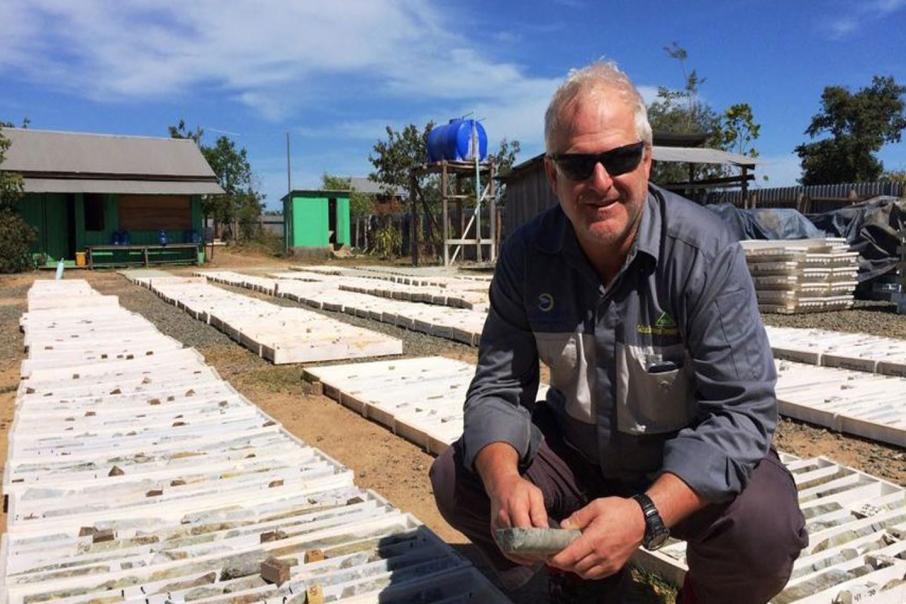 Geopacific Resources looks set to join the coveted ranks of the 100,000 ounce a year club with its Woodlark Gold Project in Papua New Guinea for at least the next ten years.

The company’s highly anticipated pre-feasibility study is now on the street and it hasn’t disappointed.

Geopacific’s stock closed the week out last week at 3.6c, up 20% from the previous week’s close as punters tried to get ahead of the PFS announcement which pushed it further to an intraday high of 3.8c

The PFS demonstrates that the project is a financially robust, open pit style resource with a spectacularly low stripping ratio leading to an all in sustaining cost per ounce projection below the magical AUD$1000 an ounce mark.

Geopacific picked up Woodlark for a song last year from another ASX junior who had ploughed nearly $150m into it. The company’s management were not content however to rely on previous studies and went and did their own which was also partially influenced by recent exploration success.

Geopacific is able to do this because the resource at Woodlark is a “plum pudding” style deposit that boasts a number of high grade “plums” that can be cherry picked in the early years. The company will rely on a simple gravity beneficiation circuit to radically upgrade the ore before milling in the out years.

Remarkably, the all in sustaining cost of production for the first 5 years is A$990/oz with the $180m capex required to build it projected to be paid down in just over 2 years.

Managing director, Ron Heeks said: “Woodlark benefits from flat topography, wide zones of ore from surface, a substantial proportion of free-dig material, as well as the close proximity of the plant to the pits and waste dumps.  These factors result in an impressive strip ratio and higher operating margins.  Our PFS presents a low-cost solution for treating low-grade ore, to improve returns and deliver a project payback estimated at 2 years.”

“We expect the Project to grow further from the substantial, demonstrated exploration upside.  We are rapidly progressing the DFS, moving towards a development decision.”

The project is blessed with free-digging ore that outcrops at surface and flat lying, wide ore zones, reducing the requirement for major open pit cutbacks in the future.

Comprehensive metallurgical test work has already been completed to a DFS level for the Woodlark project and results indicate that 85% of the gold is contained within 20% of the rock mass of the ore and can easily be separated using conventional gravity techniques, recovering 60% of the contained gold according to the company.

Additionally, according to company management, the mineralisation is amenable to a simple, cost-effective upgrading of low-grade to high-grade ore, utilising gravity beneficiation techniques that radically change the project economics.

Geopacific has seized on this opportunity and decided to stockpile and upgrade its low-grade ore tonnages running 0.3 – 0.6 g/t gold, to maximise plant efficiency, reduce capital costs and increase margins by delivering a higher CIL plant grade overall. Overall recovery of gold for the Life of mine project is estimated to be 90%.

Importantly the Woodlark Gold Project is now fully permitted and there is very little stopping it now from springing into production after the company churns out its DFS expected in the third quarter of this year.

According to the company Woodlark still has significant exploration blue sky upside too and if recent exploration results are anything to go by, that may well be correct.