Drilling by Geopacific Resources at their recently acquired Woodlark Gold deposit in PNG has shown it has spectacularly long high grades like its famous epithermal neighbours. The path has now been cleared for a new resource and reserve estimate early next year. Latest results from the new drilling include 37 metres at 6.21g/t gold, 25 metres at 6.27g/t and 16 metres at 11.00g/t. 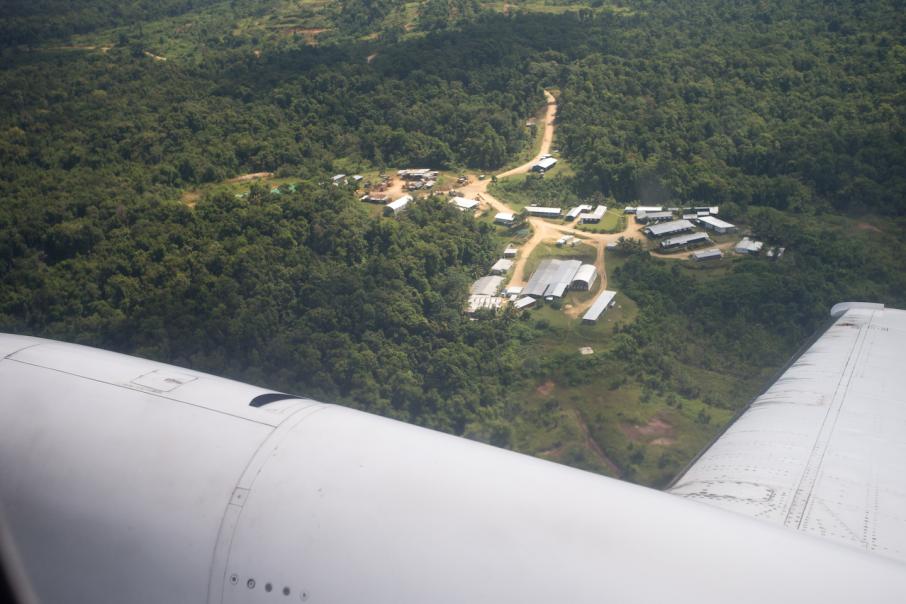 New drilling by Geopacific Resources at the Woodlark gold project in Papua New Guinea has confirmed spectacularly long, high grade gold zones that will make up the foundation of a new resource estimate to be announced in the first quarter of 2018.

Numbers like that would be the envy of any gold exolorer in WA, but are typical of the huge, high-grade epithermal gold deposits of PNG. Woodlark is hemmed in by world-class gold mines, including Newcrest’s 66 million ounce Lihir monster deposit.

Geopacific recently acquired the Woodlark project through an all-scrip takeover of Kula Gold, who had sunk $150 million into the project and secured environmental and mining approvals.

The company also inherited 275,000 metres of drilling data but is leaving no stone unturned in de-risking the project to ensure its production success. This fresh approach has included a completely new geological model, an additional 20,000 metres of drilling and an extensive review and validation process to bring the resource up to JORC 2012 standards.

The company said the latest results were generally better than previously indicated.

Overall, the additional drilling has improved the definition of ore zones, revealed higher grade values in those zones and higher overall resolution on grade distribution, including smaller zones missed in earlier drilling.

New resource and reserve estimates are on track to be announced in the first quarter of 2018 after all assays have been received.

The drilling also confirmed that broad zones of mineralisation averaging more than 0.5 g/t gold surrounded the high-grade intersections. This is an important point because the new de-risked approach to developing Woodlark is based on bulk-tonnage mining rather than cherry-picking the high-grade zones.

In a recent investor presentation, the company likened the Woodlark deposit to a Christmas plum pudding. The plums represent the high-grade zones and the pudding is the run-of-mine grade. The best economic outcome is to mine the whole pudding to ensure all the plums are included in the mine plan.

Geopacific Managing director, Ron Heeks said: “We now have a high level of confidence in the quality of the resource data.  Our approach to reach this point has been conservative because we understand the value of accurate resource modelling in reducing mining risk.  This is a driver for us because we aim to build a robust mine at Woodlark.”

“It has taken a little longer than anticipated to reach this point, however we believe that the results of the resources and reserve estimates will speak for themselves.  From this point, it will be easier to expand as exploration unlocks the multi-million-ounce potential of this large goldfield.”