Geopacific look to lift gold resource to 5Moz in PNG

Geopacific has announced a $10M placement to advance its resource development drilling at the Woodlark gold project in PNG. The company is completing a DFS and the new drill programs are aimed at increasing resource and reserve inventories to extend the initial mine life beyond 10 years. The capital raise had strong support and the company said it could now potentially triple its gold endowment. 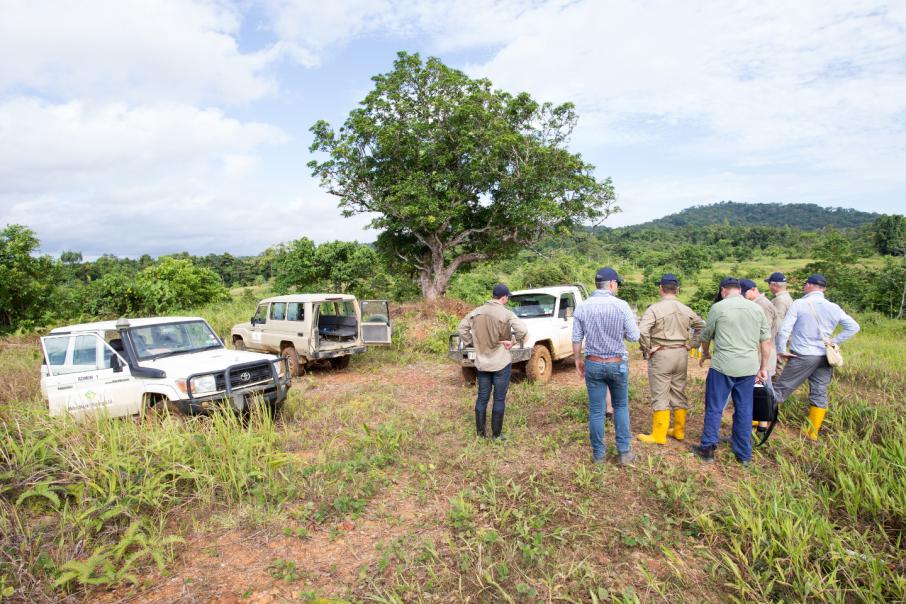 Out of office; a group of analysts visit Geopacific's Woodlark Island gold project in PNG

With a global resource inventory of 1.6 million ounces already banked at Woodlark, the company has an aspirational gold target of 5 million ounces, that would effectively triple the current estimate.

A PFS released in March, delivered a robust, low-cost, low strip ratio open pit operation, with an average output of 100,000 ounces annually over a 10-year mine life, from a 1.1 million ounce gold reserve.

Geopacific has commenced a DFS under the management of Perth-based Lycopodium, which is on schedule and set for completion in the third quarter of this year.

Project financing is expected to follow the release of the DFS, with initial discussions with financiers providing positive feedback.

The Woodlark gold project is ready to mine, with all mining, social and environmental permitting in place, meaning things could move very quickly towards construction upon completion of the DFS.

The company is planning to devote most of its new funds to drilling with  2 drill rigs set to go flat out at the project . The goal is to upgrade the mineral resource by testing numerous exploration targets.

The recent placement had very strong institutional support from new and existing investors who were attracted to the significant unfolding potential of Geopacific’s flagship project.

Managing Director Ron Heeks said: “Having established Woodlark as a robust gold development project it’s encouraging to see strong financial support for our strategy to finalise the DFS and bring a significant exploration program online to continue to grow the project.”

“The upcoming drill program will define the broader exploration potential of what we believe is at least a 5Moz goldfield at Woodlark.  This is intended to expand the project beyond previous drilling which concentrated on near-pit reserve drilling.”

Geopacific has a range of new exploration targets for consideration at the project, having defined the main geological structures running northeast and northwest and significant gold mineralisation occurring where these features intersect.

The epithermal deposits form in clusters with the main Kulumadau, Busai and Woodlark King deposits all within 5km of the proposed plant site.

The economic gold mineralisation typically has a wide halo, identified by numerous artisanal workings, including abundant visible gold in stream sediments kilometres away from the major deposits.

Woodlark Island lies east of the PNG mainland and is surrounded by similar multi-million ounce gold deposits like Panguna that boasts 23 million ounces, Misima with 5 million ounces and St Barbara’s Simberi that is holding 6 million ounces.

The blue-sky exploration upside at the project is self-evident and with the inflow of new funding, Geopacific is finally in a position to scope out the true potential of the broader Woodlark goldfield.

Discovery of additional mineral resources and conversion of these into ore reserves could considerably extend the initial mine life of 10 years and perhaps increase the existing annual production profile beyond 100,000 ounces.

With plenty of free-milling gold, a 60 square kilometre gold mining lease that runs out to 2034 and significant support from Government and local communities, Geopacific looks set for the long haul in PNG.

This week’s announcement of additional external funding for the project further exemplifies the compelling story underway on Woodlark Island.