Things could move quickly for Geopacific after its DFS hits the streets in the third quarter of this year given that its Woodlark Island gold project in PNG is already sitting on a fully permitted and granted mining lease. The PFS was completed in March and showed a robust, 100,000 ounce a year, low cost, low stripping ratio open pit operation with an expected post tax 2 year payback. 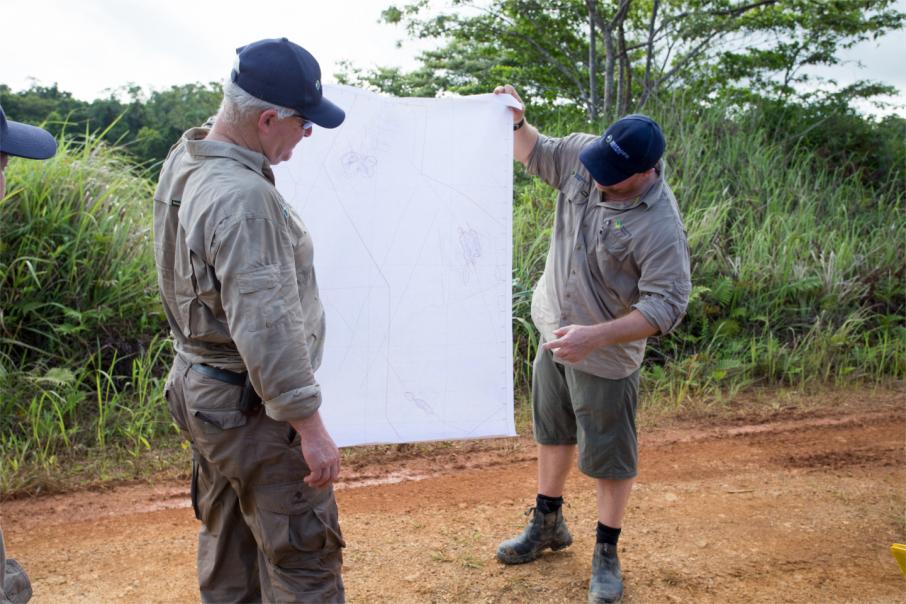 Aspiring gold producer Geopacific Resources has kicked off its Definitive Feasibility Study for the Woodlark Island project in PNG and all things being equal, should have the completed document on the street by the third quarter of this year.

The DFS follows on from the company’s encouraging Pre-feasibility Study results, which were announced in March, after an extensive work program throughout 2017.

The PFS supports the development of a conventional open pit operation delivering an average output of 100,000 ounces of gold annually for at least 10 years, with an all-in sustaining cost to produce of A$1100 per ounce.

Exhibiting very simple metallurgy, a high gravity gold content, low striping ratios, lowish CAPEX and a post-tax payback of just over 2 years, the Woodlark project appears to be quite robust on paper

According to the company, the epithermal gold mineralisation at the project is amenable to bulk-style, low-grade mining, with large volume, shallow, open pits.

The breadth and rigour of the PFS document, particularly in relation to the estimation of mining costs and metallurgy, which were both done to DFS standards, has shortened the estimated completion time for the DFS.

The aim of the DFS is to finalise and optimise plant design and infrastructure, delivering capital costs to within a 15% level of accuracy.

Importantly, the project sits on a granted mining lease and is already fully permitted, which means that things could move quickly for Geopacific after the DFS is churned out.

Woodlark also has solid regional exploration potential to grow beyond the global mineral resource of 1.58 million ounces, providing an element of blue sky for the 100,000 ounce a year project.

A number of key, near-mine brownfields areas have the potential to materially add to the mine plan at Woodlark, opening up further options for the operation, once in production.

Managing Director Ron Heeks said; “The PFS showed that Woodlark is a robust project that can surpass the critical production level of 100,000oz gold per annum.  We see clear potential for upside from the Woodlark PFS estimates as well as significant exploration potential within close proximity to the current 1.1million ounce Reserve.

Heeks continues to put his family money where his mouth is too having recently waded into the market to pick up another 746,000 Geopacific shares in his wife and daughter’s name.

The company now holds a 92.75% interest in Woodlark via both its shareholding in Kula Gold, the project originator and its direct interest in the project, courtesy of a farm in agreement with Kula.

Geopacific is in good company in Papua New Guinea, surrounded by multi-million ounce gold deposits located on the country’s mainland and surrounding archipelago.

If the stars align for the company as expected, construction of the Woodlark project could commence in 2019, with first gold out by the middle of 2020.