Geopacific Resources is free to advance the financing stage for the construction of its Woodlark gold project in PNG, after concluding its independent due diligence technical work programs and reporting, which showed no “fatal flaws” to its development. The review was commissioned by a group of potential lenders for the project, who have signed non-binding term sheets to finance operational start-up. 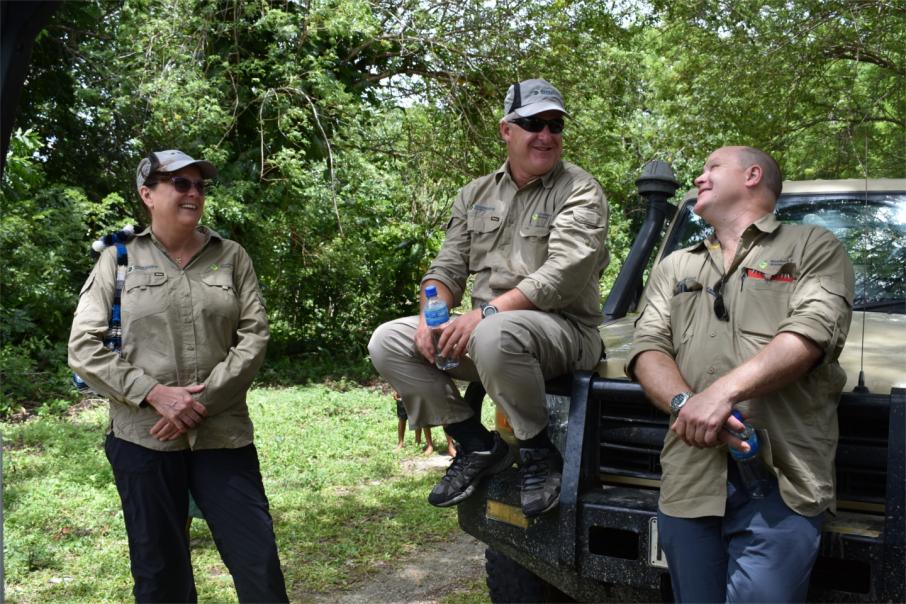 Papua New Guinea-focussed gold development company, Geopacific Resources, has completed its Independent Technical Experts, or “ITE”, report for the Woodlark project and the pathway is now clear to commence the financing process for the proposed operation.

The ITE review was commissioned by a group of potential financiers as an objective technical due diligence oversight of the project’s underlying assumptions and is a standard request ahead of financing transactions in the resources sector.

In January, the company revealed that it had received an indicative non-binding term sheet from an international lender to support the financing of the Woodlark gold project.

According to management, it has since received an additional non-binding term sheet and with the ITE showing no “fatal flaws” in the project, will now accelerate discussions with the interested parties.

Geopacific Managing Director Ron Heeks said: “The work program is a significant step forward on Woodlark’s path to gold production and positions the company to complete project financing and move towards construction.”

“The November 2018 definitive feasibility study (DFS) confirmed Woodlark to be a high margin development opportunity and now key technical aspects have been independently validated in the ITE report. This allows the company to work even closer with interested financiers to obtain a project financing solution.”

“Completion of the ITE report will allow the commencement of, and guide, the next phase of work that is required to develop and execute the project.”

The detailed ITE analysis commenced in May this year and involved a significant body of work, including a review of the project’s geology, mineral resource estimates, metallurgy and processing, proposed infrastructure, logistics and environmental and social impacts.

Geopacific appointed SRK Consulting to overview the technical aspects of the review, while ERM Consulting completed the environmental and social portions of the due diligence studies.

The project already had robust economics before the gold price accreted by over AUD$500 per ounce in the last nine months since the publication of the Woodlark DFS.

The total capital establishment costs for the Woodlark gold project come in at just under $200m, with a third of those monies required to construct the processing plant, which is respectable considering the relatively isolated location.

At currently elevated gold prices, payback shortens considerably and is estimated to be only 1.4 years.

Geopacific recently acquired 100% direct ownership of the gold project, buying out fellow Australian Kula Gold’s remaining share in a cash and scrip transaction worth about $3.29m.

Full project ownership has helped streamline the corporate structure with significant administrative cost reductions and importantly reduced the risk to potential financiers who are willing to fund the operational start-up.

Geopacific said that initial reviews of those costs showed that the pricing is in line with the DFS parameters completed last November by Lycopodium.

This gold resource is also likely to expand over time as the project has extensive blue-sky gold and copper exploration potential, in a region where the company holds the dominant land position on the 912 square kilometre area of Woodlark Island.

Once in production, the Geopacific could likely self-fund and potentially sustain its mining operations at the Woodlark gold project beyond the initial projection of 13 years.

The project area is blessed with flat terrain and soft outcropping ores with average metallurgical gold recoveries exceeding 90% during the first five years of production.

In addition, Geopacific will operate in the stable, proven mining jurisdiction of PNG, recently exemplified by Newcrest’s commitment of USD$2.3b to develop its Wafi Golpu gold operation on the mainland, which holds 27 million ounces.

With healthy gold prices, full ownership of the project and supportive independent studies now complete ahead of debt funding discussions, Geopacific is edging towards construction, development and ultimately gold production at its PNG project.