Gentlemen, let's talk about the prostate 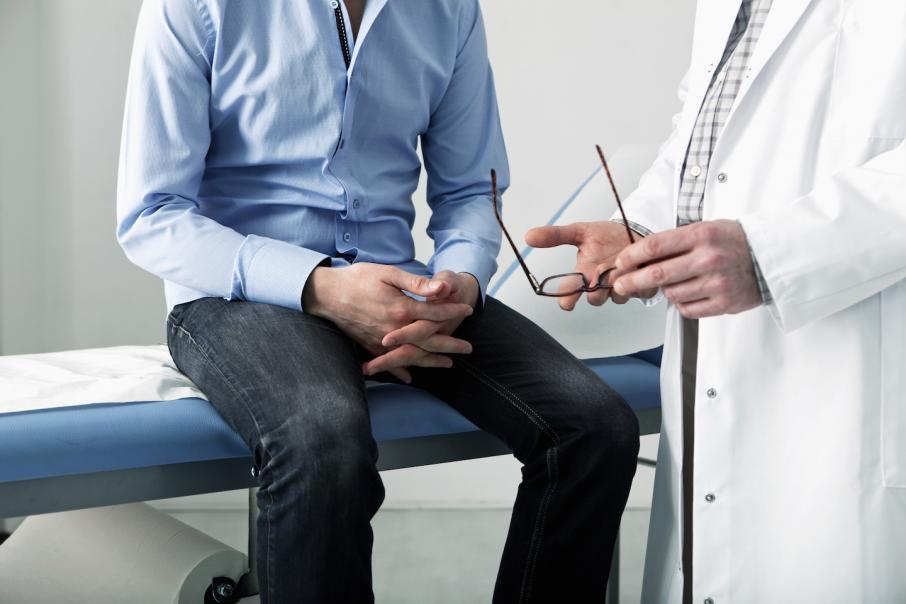 We know cancer is the uncontrolled division of abnormal cells in a part of the body and that it can occur in almost any type of tissue cell, which means the term cancer actually refers to over 100 different diseases.

But what causes cancer?

Environmental factors are closely linked to some cancers – sun exposure is linked to skin cancer, smoking to lung cancer, alcohol to liver cancer. The presence of certain genes or genetic mutations also cause cancers.

When a link is found between a specific cancer and a gene or genetic mutation, testing for that cancer, even at its very early stages, is made much easier.

A genetic link also means drugs can be tested to alter the genetic behaviour of a cell. This type of research can lead to new treatments.

Prostate cancer is the third biggest cancer killer among Australian men. And unfortunately, with this particular cancer, for the vast majority the genetic causes are yet to be found.

As a result, a blood test is not available that either says you have prostate cancer or you’re in the clear. Instead there is a blood test that measures the level of prostate specific antigen (PSA) in the blood.

PSA is not a specific test for cancer. A raised PSA level in the blood just means something is happening in the prostate which, in most instances, is not due to cancer.

The level might be raised because of a non-cancerous growth which can occur with aging, known as benign prostatic hypertrophy or BPH; or if there’s inflammation or infection; or, least commonly, if the patient has cancer.

In other words, a positive result may not mean cancer. It’s still very stressful for patients and can often lead to exploratory biopsies.

Unfortunately a negative result may also not rule out the presence of cancer.

The other prostate test currently available is the one that makes us men cringe, the DRE or digital rectal exam. None of us likes the thought of the gloved finger test. We don’t even like talking about it but until an accurate blood test is found for those men with a family history of the disease, we must.

Both my father and father-in-law died of widespread prostate cancer and with this family history my two sons have an increased chance of also being diagnosed with prostate cancer. This helps drive me on in our research and heightens my awareness of prostate cancer month.

Symptoms to consult your GP about include noticeable burning while urinating or during ejaculation; frequent need to urinate; blood in urine or semen; pain in the bones; erectile dysfunction; difficulty starting or stopping a stream of urine; and inability to urinate standing up.

The Cancer Division at the Harry Perkins Institute of Medical Research has been investigating the biology of prostate cancer for several years with promising results, in both novel potential therapies as well as new insights into the genetics of the disease.