Genie out of the bottle in Iraq

The situation in Iraq is rapidly heading towards one of two social and political outcomes, both unpalatable to the West. 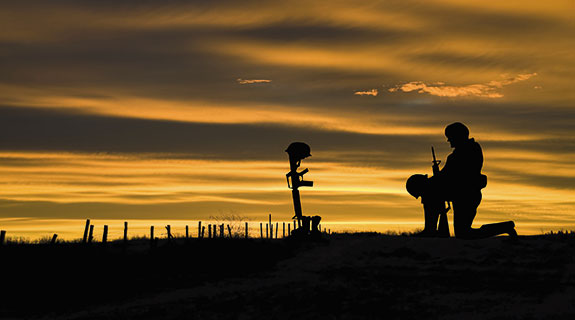 FAILURE: US involvement in Iraq has come at great cost. Photo: iStockphoto

The situation in Iraq is rapidly heading towards one of two social and political outcomes, both unpalatable to the West.

There has been little to no open debate in Canberra about Australia’s growing involvement in the ongoing conflict in Iraq, presumably because neither side of politics wants to appear weak on ‘national security’.

If such a debate were ever held, the views of American Middle Eastern affairs expert Michael Totten deserve highlighting.

“But either way, it’s time to accept the fact that this country is likely to die and that we’ll all be better off when it does.”

Yet in something starting to look like mission creep, Prime Minister Tony Abbott has committed nearly 1,000 military personnel to this fractious theatre, the fifth time Australians have served there since 1915.

What precisely is, or, more correctly, was, Iraq?

From the mid-1500s until 1918, most of Iraq was a province of the Ottoman Empire that encompassed North Africa, the Balkans and Middle East. From 1920 to 1932 it came under a British mandate, under King Faisal, and Sunni-dominated administrations.

A 1941 pro-Hitler coup sparked British reoccupation until 1947, followed by a brief monarchical phase, which was removed by coup d’etat that eventually lead to Saddam Hussein.

Further Western intervention followed with the two US-led military involvements – one in 1990-91 and the other over 2003-11, the latter marking the end of Hussein and his regime.

The major achievement of the second US involvement in Iraq was the rescue of the Kurds from the genocidal Hussein.

An autonomous Iraqi Kurdistan may yet pave the way for the unification of Turkish, Syrian, Iraqi and Iranian Kurds into an independent nation; a long shot, true, but George W Bush brought that closer to realisation.

While opinion is split in the US over a fourth Gulf engagement, in Australia we need to ponder the likely outcomes should we become even more deeply involved in combating the blitzkrieg units of the Islamic State in Iraq and Levant.

Whoever wins, ISIL or Shiite-controlled Baghdad with the backing of the Islamic Republic of Iran, the peoples of eastern Syrian and Iraqis, minus the Kurds, face a Sharia future (not a liberalised governance of the type that is emerging in Iraqi Kurdistan).

For the Sunnis and Shiites of Iraq it’s therefore either an ISIL Caliphate or incorporation into an Iranian dominated Sharia order.

Neither will be pleasant, with ISIL’s variant a harsher Islam than that practised within Saudi Arabia.

Although Australia, alongside the United States, is backing Shiite Baghdad, and thus Iran, we need to be clear which outcome is strategically least desirable for us.

The downside of an Iranian victory is that Tehran would gain sway over all lands from western Pakistan to the Mediterranean’s eastern shoreline, meaning an eventually nuclear armed Iran could dominate eastern and western former Iraq, with or without Kurdistan, all of Syria, Lebanon, Gaza Land, and perhaps even southern Turkey.

The Gulf’s oil sheikdoms and Saudi Arabia would be on the chopping block.

Put bluntly, a vast swath of land the size of the Second Persian or Parthian Empire (247BCE–224CE) would have emerged less than 50 years after Ayatollah Khomeini’s 1979 ousting of the Shah of Iran.

But this time it would be based on Mohammed’s precepts.

Under such a scenario the future for the European Union, Russian Federation, and India, each with huge Muslim minorities, is far from sanguine.

Therefore I wouldn’t be inclined to boost Australia’s involvement to the level of previous excursions to Iraq and Afghanistan.

Here, I’m persuaded by retired US Army General Daniel Bolger, author of Why We Lost: A General’s Inside Account of the Iraq and Afghanistan Wars.

In both theatres he described “the enemy” as “a guerrilla network embedded in a quarrelsome, suspicious civilian population.”

“Today we are hearing some, including those in uniform, argue for a robust ground offensive against the Islamic State in Iraq,” he says.

“Only another surge can win the fight against this dire threat.

“If insanity is defined as doing the same thing over and over and expecting different results, I think we’re there.”

White House secretary Josh Earnest said after Ramadi, just 130 kilometres west of Baghdad, fell to ISIL last month: “The US is not going to be responsible for securing the security situation inside Iraq.”

For Iraqis it’s therefore either an ISIL-style Caliphate that would seek imperial status, or incorporation into an Islamic Iran-dominated empire.

Without realising it, Mr Abbot is showing preference for the latter by helping lay the basis for its victory, while President Obama continues doing his damndest to lifting UN and other sanctions imposed upon Iran.