Gage Roads to bounce back from disappointing half 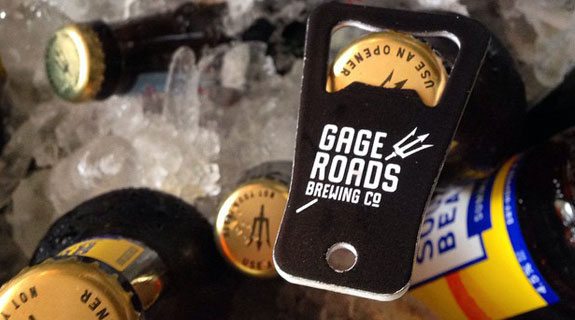 Gage Roads Brewing Company says it is looking to rebound from a disappointing first half of FY2015, in which its net profit fell by 71 per cent, by capitalising on its partnership with national retailer Woolworths.

The Palmyra-based brewer reported revenue of $14.4 million for the six months to December 31, down 8 per cent on the previous corresponding half year, but its net profit fell to $296,213.

Gage Roads said sales of its contract brews, which include the Sail and Anchor range of beers, as well as Castaway Cider, were down 6 per cent compared with the first half of FY2014, while sales of its own branded beers were down 19 per cent.

Factors contributing to the falling sales included a general softening of demand for beer, especially over the Christmas period, and delays in the launch of the brewer’s rebranded and expanded range of beers.

The brewer also announced yesterday an extension of its $9.7 million credit facility with ANZ by 13 months, which was guaranteed by Woolworths.

Gage Roads managing director John Hoedemaker said that guarantee, as well as an extension of its supply agreement with Woolworths subsidiary Pinnacle Drinks, was indicative of the continuing strength of the partnership.

Pinnacle Drinks’ minimum commitment is to purchase at least 1 million cartons per year from Gage Roads.

The Palymra brewhouse has a production capacity of 3 million cartons per year.

In a report to shareholders released with the half year results today, Mr Hoedemaker said the brewer would look to sign more marketing partnerships in the second half of FY2015, to complement existing arrangements with the Art Gallery of Western Australia, Red Bull, Miss Universe WA, Telethon Speech & Hearing, the Corner Gallery and Artsource.

“These partnerships were in addition to pouring rights agreements at events such as the WA Festival of Cricket and Fringe World satellite events in Fremantle and Perth,” Mr Hoedemaker said.

“The company plans to increase the number and scale of these event partnerships in Western Australia in the lead up to the 2015/16 summer and hopes to replicate the second leg of this strategy in at least one on-premise market in the east coast during FY16.”

Mr Hoedemaker said the brewer would also look to utilise its production capacity to secure new business for its contract brewing and packing division.