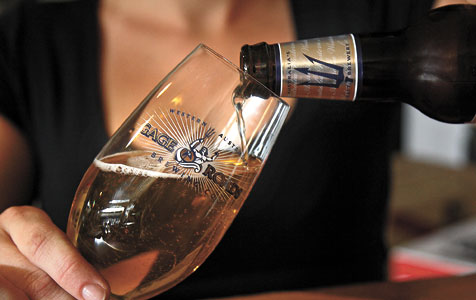 Gage Roads Brewing Company has forecast a further $1 million hit to its sales and a $600,000 impairment charge, stemming from processing issues it encountered in April this year.

The brewer said its recovery from the processing fault had been slower than expected, which would result in a further production downgrade of around 125,000 carton equivalents.

Additional impairment charges relating to disposal costs of production that was destroyed totalled around $600,000, the brewer said.

The impact of the processing fault was initially estimated in April to be around 140,000 cartons, representing around $1.12 million in gross profit.

In total, the issues, which occurred during the commissioning of the brewer’s new brew house,  will cost Gage Roads around $2.7 million.

“We view Q4 FY14 as a tough period of learning for the business, however we have utilised this period to de-risk the operations of our plant and equipment into the future,” managing director John Hoedemaker said.

“While the production issues we have experienced are disappointing, they have been identified and resolved.”

Mr Hoedemaker said the financial impact of the problems would be contained in the current financial year, and not spill over into FY15.

The brewer has forecast full year sales for FY14 of 1.7 million carton equivalents, a 21 per cent rise on FY13.

“Strategically, I feel the business is in a very strong position to achieve good earnings growth for FY15 and beyond," Mr Hoedemaker said.

“Demand for craft beer including both our contract brewed and Gage Roads branded products and the relationships with our customers remains strong.

“I am confident the company is in a much stronger and operationally de-risked position for FY15.”

Also today, the brewer announced it was in the process of extending its credit facility with ANZ Banking Group to a total of $9.7 million, from $5.7 million.

The funds will be used to support Gage Roads’ working capital requirements for the coming financial year.

Meanwhile, one of Gage Roads’ co-founders, Willem Hoedemaker, is stepping down from the company after more than a decade of boutique brewing.

Mr Hoedemaker had been the brewer’s director of operations at its inception in 2002, after previously beginning his brewing career at the Sail & Anchor Pub Brewery.

The company said Mr Hoedemaker was instrumental in implementing the brewer’s expansion from 350,000 cartons per year, to more than 3 million.

Mr Hoedemaker said he was stepping down to pursue other personal interests. He will be succeeded as director of operations by newly-appointed chief operating officer Aaron Heary.