GST challenges to result in serious conflict with WA: McGowan

Premier Mark McGowan has warned other state leaders would face a "serious threat" with his government if they sought to raise their share of GST revenue. 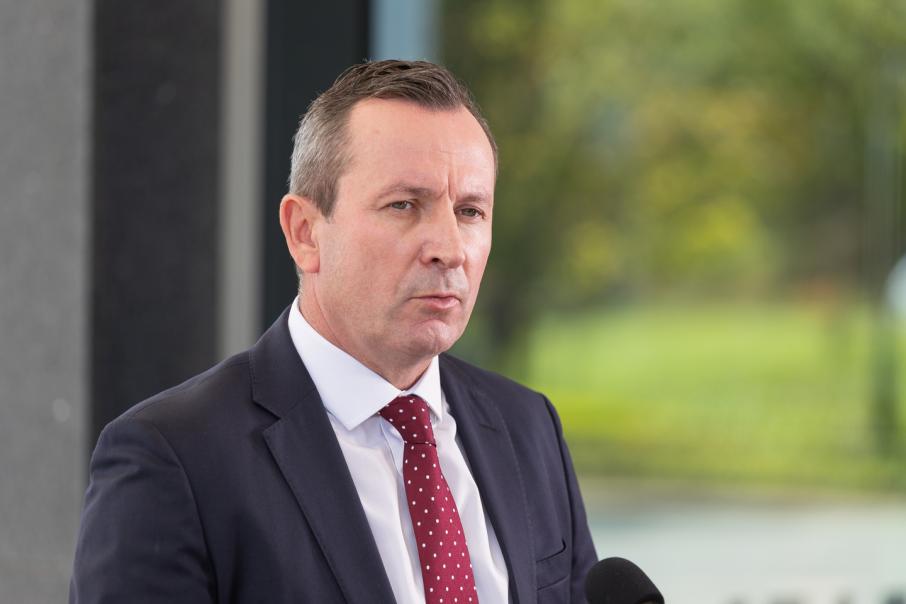 Premier Mark McGowan has warned other state leaders would face a “serious conflict” with his government if they sought to increase their share of GST revenue in the wake of the COVID-19 pandemic.

Just days after handing down a state budget which forecasts surpluses for the next four years, Mr McGowan told the Diggers & Dealers mining conference in Kalgoorlie that while Western Australia was expected to be in a better financial position than other states, it was not willing to revisit the national tax carve up.

“While I expect some of them are unhappy about it, obviously trying to unwind that now would invoke a pretty serious fracture between the states and the Commonwealth, particularly Western Australia,” Mr McGowan told the conference. “We will not tolerate anything of that nature.”

The COVID-19 induced recession is expected to lead to states and territories losing GST income as unemployment rises and consumer spending falls. In recent months, NSW treasurer Dominic Perrottet has called for GST reform to aid the economic recovery. Mr McGowan said he thought any push for change would fail.

In 2018, the Commonwealth announced a transition to a new GST formula, which included top-up payments for Western Australia to ensure the state receives at least 70 cents in the dollar. The GST pool became one of the most politically sensitive issues in the state after its share dropped as low as 30 cents in the dollar.

“It [the new formula] is a significant improvement on what was there before but it is not as though we are getting what the other states are getting,” Mr McGowan said.

“NSW complains a lot and they get about 95 cents for every dollar they put in… Western Australia still subsidises the rest of the nation under the GST deal even as it is currently constructed but obviously if they try to unwind what has been negotiated they will have a serious conflict on their hands with Western Australia,” Mr McGowan said.

With just five months until West Australian voters go to the polls, the Labor premier finds himself in an enviable position of strength. Published opinion polls consistently suggest he is one of the most popular political leaders in the country, with one recent poll of West Australians earning him a 90 per cent approval rating.

Mr McGowan, who delivered the keynote address on the first morning of the annual conference, lauded Western Australia’s response to COVID-19 and the positive impact it had on the state’s resources industry and the national economy. He also used the opportunity to call for Australia to retain strong relationships with its trading partners, questioning whether it was in the country’s interest for it “to be reckless with trading relationships that fund the nation”.

“Australia needs to have a good relationship with China,” he said. “It is not beyond us as Australians to do that. In these difficult and uncertain times it is essential to keep trade relationships strong rather than letting them fall because of disputes.”

53 companies will present to the 1700 strong crowd over the three days of the conference.