Margaret River’s annual food and wine festival has secured backing from the state government for at least another three years, with the funding commitment announced ahead of the event this weekend. 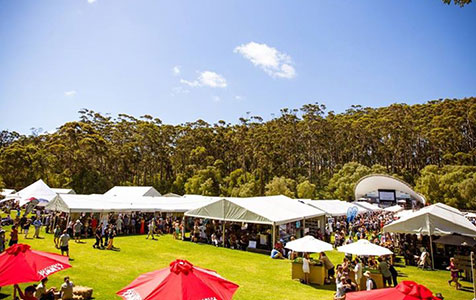 Margaret River’s annual food and wine festival has secured backing from the state government for at least another three years, with the funding commitment announced ahead of the event this weekend.

The state government announced today that the contract with Brand Events Australia for the Margaret River Gourmet Escape had been extended to 2017, however it could not confirm the amount of the commitment.

According to Tourism WA, the funding amount for the event was assessed as confidential and commercially sensitive and therefore would not be released.

In a statement, acting Tourism Minister John Day said the 2013 event resulted in more than 33,000 room nights booked in the region and more than $10.5 million in direct economic impact.

More than 16,000 people attended the weekend event last year, which is now in its third year.

Mr Day said consultation had found strong support for the event from consumers, industry and advocacy groups in the Margaret River region and across the state.

The state government sponsors the event through Tourism WA’s Regional Events Program, which is funded by Royalties for Regions.

The program offers funding of more than $50,000 for medium to large regional events.

“Food and wine is now a key driver of tourism with WA’s food tourism experiences becoming one of our greatest assets with a range and quality of produce that is second to none,” Mr Hall said.

He said the event could provide a new experience for visitors that would get them back year after year.

Sydney-based Brand Events Australia is a subsidiary of global event management company Brand Events, and was also responsible for the inaugural Taste of Perth food festival in May.