From bad to worse on budget

The slump in iron ore royalties is going to hurt the state’s already parlous budget position. 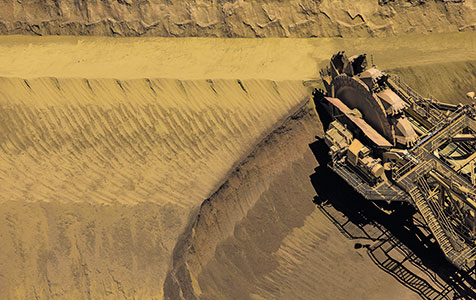 NUMBERS OUT: The state government made a costly miscalculation on long-term iron ore prices

A LEADING Western Australian accountant has warned of tough times ahead for the state’s finances.

Former state and national CPA president, Ken Eastwood, outlined his assessment of the Barnett government’s books during the ‘Have your Say’ program last week on WTV Channel 44.

“The state budget was prepared in April-May of 2014 and resulted in a small projected surplus of $175 million for the 2014-15 financial year,” Mr Eastwood said.

“This is out of total revenue of some $28 billion.

“The iron ore price adopted by Treasury for the budget was set at $122/tonne.”

However, between Mr Eastwood’s studio interview on November 20 and its broadcast on December 4 the iron ore price had slumped to around $70/tonne, with market analysts predicting continued declines.

“In the first five months of this financial year the price has been nowhere near the budgeted $122/tonne,” he said.

“Based on the iron ore price to date, the actual shortfall is thus severe.

“Royalty income to the state is 10 per cent of iron ore sales figures.

“Given that this accounts for more than 20 per cent of the state’s income, iron ore royalty income is clearly a significant part of the economy.”

Mr Eastwood said this year’s price slump of $50/tonne would result in a 2014-15 budget shortfall in royalties of between $1.5 billion and $2.0 billion, unless the price improved dramatically.

He said the huge slump wasn’t solely due to reduced demand from our trading partners, but also the growing exports from emerging iron ore producers Brazil, Africa and India.

“Brazil has a distinct advantage over WA because its ore is purer than ours so takes less refining,” Mr Eastwood said.

“On top of that big steel producers like China and Japan hold significant ore stockpiles which they can utilise in the short term.

“All this puts greater downward pressure on the value of our iron ore exports – especially in the short term.

“Given that the price of iron ore was below $115/tonne even when the budget was prepared, why would the treasurer (Mike Nahan) assume the world’s iron ore price would recover to average $122/tonne for financial year 2014-15?

“Such a recovery is extremely unlikely so I believe we are going to have to make some very hard decisions and substantial changes to the budget for the remainder of this financial year; we could, for example, borrow another two billion dollars at the end of the year.”

What of other ominous tidings?

Sales of land at Elizabeth Quay to commercial developers have only yielded about half of what Mr Barnett suggested a year ago, Mr Eastwood said.

That means it won’t be breaking even, as forecast.

“We will now end up with a net debt from Elizabeth Quay of something like $220 million,” Mr Eastwood said.

That shortfall will be due to a lower sale price for the quay’s nine commercial blocks.

In November 2013, he said, Chevron Australia paid $64 million for lot eight at the corner of Barrack Street and The Esplanade.

At the time Mr Barnett was negotiating with Chevron for its acquisition of additional Barrow Island facilities.

It’s anyone’s guess how the $220 million shortfall will be met: “Increased taxes, reduced services, or adding that amount to the state’s ballooning borrowings?”

“So far there’s been no mention of the additional surrounding infrastructure such as roads, rail services and parking, yet the premier says the stadium came in at $40 million under budget,” Mr Eastwood said.

“This is to be financed to the extent of 60 per cent of the cost ($517 million) from the budget, over four years, so from taxpayers’ pockets over the four-year construction phase, adding $129 million to the budget’s bottom line until April 2018, the likely date of completion.

“Then there’s the remaining 40 per cent ($345 million) to be financed with loans repayable over 25 years ($14 million annually).

“But at what rate of interest?

“Who knows, since this loan is provided by the contracted builders, Brookfield Multiplex-led consortium.”