Although not alone in doing so, Malcolm Fraser’s failure to acknowledge the crimes against the Chinese people by the tyrannical Mao Tse-tung diminish his legacy. 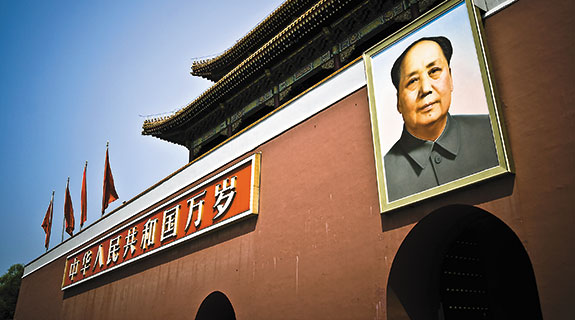 DEATH: Many of Australia’s political leaders of the 1970s ignored the victims of Mao Tse-tung’s destructive social experiment. Photo: iStockphoto

Although not alone in doing so, Malcolm Fraser’s failure to acknowledge the crimes against the Chinese people by the tyrannical Mao Tse-tung diminish his legacy.

The passing of Malcolm Fraser, who dominated national politics as the Left’s bête noire while being a saviour for others between 1975 and 1983, has brought tributes from across the political spectrum.

However, it would be remiss of me not to put my cards on the table.

I worked on the Liberal Party’s successful 1975 election campaign.

But by late 1976 I could best be described as a disillusioned supporter.

I’d backed the Fraser-led coalition against Gough Whitlam for the same reasons I years later welcomed the demise of Julia Gillard and Kevin Rudd. All were big-spending captain’s callers who earmarked taxpayers’ dollars for crackpot schemes.

My stances were unrelated to their political persuasion; Bob Hawke was a Labor man through and through, and I wasn’t inclined towards seeing his tenure cut short.

Within months of Mr Fraser’s famous election victory of December 1975, he’d pulled back on much of the waste and extravagance of the Whitlam years.

Then something unexpected occurred.

The worldwide Left went into mourning, as it had in March 1953 when another mass killer, Josef Stalin, died.

Mao’s passing to me wasn’t something that required mourning because, if mourning were called for, it was for the tens of millions who’d perished because of his megalomaniacal commitment to Marxist-Leninist ideas, especially his decision to force hundreds of millions of peasants into collectivising their land.

To make matters worse, Mao’s mad socialisation experiment received the insulting title the ‘Great Leap Forward’, which instead caused widespread famine during 1958-62, especially across northern China and its cities, followed by years of minimal rationing.

This catastrophe so interested me that, on graduating from university in 1970, I embarked on writing a master’s thesis titled, ‘The Australian wheat trade with communist China – with special emphasis on the years 1960-72’, which I completed before Mao’s death.

Although the impact of Mao’s famine was disguised in these reports, revelations occasionally emerged

Other sources, like Fr László Ladány’s China News Analysis, dispatched weekly to Sinologists worldwide from Hong Kong, exposed the Herculean disaster that had befallen the Chinese.

“In the August 10 1962, issue of China News Analysis, Ladány accurately noted the existence of the massive famine resulting from Mao’s Great Leap Forward and offered a ‘realistic estimate’ of 50 million deaths,” his Wikipedia entry reports.

For farmers in Western Australia, those sales were akin to the past decade’s huge iron ore sales.

A question that needed answering was why China, suddenly, in 1960, had entered the international wheat market on such a huge scale. Some experts claimed it was due to distribution bottlenecks. Others emphasised severe grain shortages.

My findings confirmed the latter, because of Mao’s obsession with communising his people no matter what; even if millions starved.

But back to Mr Fraser, who, on September 161972 rose in the House of Representatives to address Chairman Mao’s passing.

It’s fair to say his was a diplomatically worded speech.

So diplomatic, that no mention was made of Mao’s responsibility for the death of millions.

Nothing could be further from the truth.

To claim the Chinese “deeply mourned” Mao’s passing was preposterous.

Thankfully others publicly disapproved of such inappropriate words.

Long-serving Liberal MP William Wentworth spoke out: “Maoism has subjected the Chinese people to an alien ideology and has denied them all their traditional life and culture.

“It has demanded the rejection of all family ties and accepted decencies, culminating in its assault of Confucianism. For religion it has substituted the ritual nonsense of the Little Red Book, the analogue of the ridiculous ‘Heil Hitler’ of the Nazi discipline.”

Mr Fraser’s failure to acknowledge the perished millions, then compounding that omission by claiming Mao’s death was “deeply mourned”, was inexcusable.

This was outrageous nonsense, as was his subsequent embracing of a range of Leftist causes followed by his resignation from the Liberal Party to which he owed so much.

The Mao omission forever tarnishes his yearning to be seen as motivated by human rights concerns.

On his less-than-impressive domestic reform record The Australian’s columnist, Paul Kelly, wrote: “His achievements are less than his promise, jammed between the extravagance of Whitlam and the path-breaking new direction of Hawke and Keating.”