Four ounces to the tonne gold for Azumah in Ghana

Azumah Resources has unearthed more high grade gold hits of 1m @ 140.49g/t gold from 208m down-hole and 5m @ 6.02g/t gold from 214m at the Kunche deposit of its flagship Wa project in Ghana. This has extended mineralisation at Kunche to about 200m below surface, confirming that the mineralisation of the deposit extends to depth and remains open at present 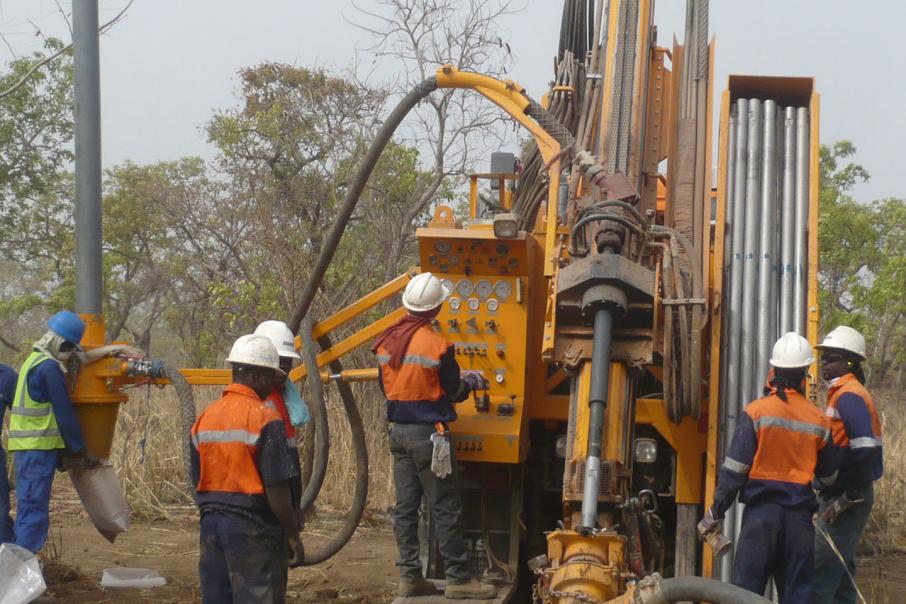 Africa-focused Azumah Resources has kicked off the new year with more high grade gold hits extending mineralisation at the Kunche deposit of its flagship Wa project in Ghana, by up to 75m deeper to nearly 200m below surface.

Notable results from its ongoing drilling campaign include a whopping 1m grading 140.49 grams per tonne gold, or about 4 ounces per tonne gold, from 208m down-hole and 5m @ 6.02g/t gold from 214m in separate holes on drill sections 75m apart.

Adding interest, the second intersection is about 75m below the stunning 44m hit grading 5.37g/t gold from 99m that the company intersected in May last year.

Azumah said the most recent drilling has confirmed that the consistent mineralisation of the Kunche deposit also extends to depth, which is the case with most structurally controlled, orogenic-style gold deposits in the region.

Management said that while the scope of the Feasibility Study currently underway is based on the mining of a series of proposed open pits, the recent results have continued to build the case for an underground mining operation below one or more of the pits.

While further drilling and evaluation is required to confirm the potential, underground mining would add considerable value to the overall project.

Follow-up drilling is also underway at the Bepkong deposit to test recent depth extensions located there.

Managing Director Stephen Stone said: “This is a tremendous start to 2019 with our 40,000 metre, multi-objective drilling campaign still having a long way to go.”

“Our much-anticipated update on the progress of the Feasibility Study and ore reserves is just weeks away and we are very confident this will be a defining year for the Wa Gold Project and Azumah’s shareholders.”

This includes an ore reserve of 624,000 ounces just above the magical 2g/t gold threshold.

Joint venture partner Ibaera Capital is funding and managing the $4m, 40,000m drilling campaign as part of a broader $17m farm-in to earn a 47.5% interest in the Wa gold project tenements.