Western Australia’s thriving hospitality sector is providing opportunity for local and national franchises to expand their operations, with 14 new entrants rolling out stores in Perth and regional areas in the past five years. 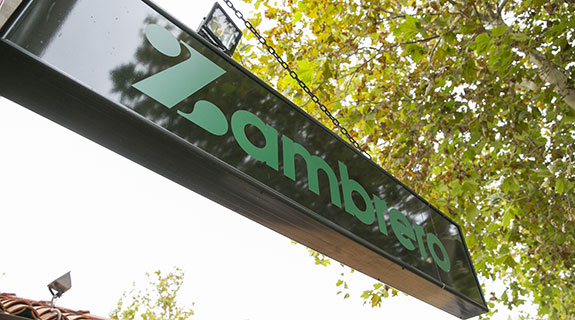 Western Australia’s thriving hospitality sector is providing opportunity for local and national franchises to expand their operations, with 14 new entrants rolling out stores in Perth and regional areas in the past five years.

Quick-service restaurants have been leading the charge, with retail developers and landlords both focusing on food and beverage to boost retail spending and provide a compelling reason for shoppers to visit stores instead of shop online. Gourmet pizza shop Crust, part of franchise management firm Retail Food Group, has been the most prolific, opening 24 outlets since it arrived in Perth in 2010; the group has plans for four more outlets in regional areas.

Another Retail Food Group firm, Pizza Capers, has opened six stores in WA, and is planning 10 outlets in the near future.

Sumo Salad has exhibited rapid growth, opening 22 shops in the past five years, while a recent agreement with Red Rooster gives it considerable potential for future expansion.

The Red Rooster deal will result in Sumo Salad’s wares being available in 350 outlets across Australia, including 67 in WA.

Zambrero has also been a fast mover, rolling out 15 stores amid stiff Mexican-themed competition from Guzman Y Gomez, Mad Mex and Salsa’s Fresh Mexican Grill, which are all also new entrants to WA.

A further two will open in coming weeks, while WA area manager Gordon Bain said there were 15 more Zambrero stores being planned.

Mr Bain said Zambrero’s drive-through outlets, the first of which opened in Joondalup, provided it with a point of difference to its competitors.

He said the price range and casual nature of quick-service restaurants were keys to their success, as was a move to more healthy food options.

“People are more discerning and the success of our brand is the food,” Mr Bain said.

“Everyone has got sexy fit-outs but really it comes down to the food, and that’s the hero.

“Our demographic was originally 18 to 30 year olds, but sports people are emerging as a significant demographic because they all want healthy food.”

While most of the new entrants to Perth’s food sector have been interstate players, one local firm, Jean Pierre Sancho, has been steadily increasing its offering.

Jean Pierre Sancho has six stores in Perth, while it is also set to open a new bakery in Leederville later this month, with another in the pipeline at Perth Airport.

The chain’s director and Business News 40under40 winner, Corentin Laumaillé said the success of the French boulangerie patisserie was thanks to its unique offering.

Mr Laumaille said the Leederville Jean Pierre Sancho would be a new concept for the chain – a bistro-style eatery.

“There are a lot of takeaway outlets, but in the eyes of the public they are similar,” Mr Laumaille told Business News.

“We have something a bit different and that’s why we’ve been lucky enough to expand quickly.”