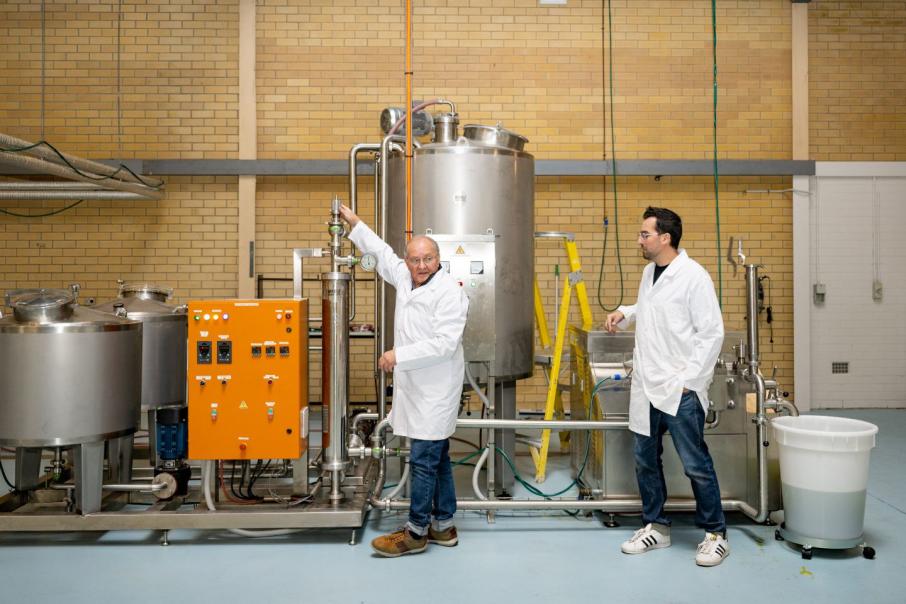 IN an unremarkable warehouse tucked away in Perth’s western suburbs, Nick Stamatiou has a piece of machinery he seems confident will change the food business.

Currently at the end of a $2 million fundraising for his business, Whole Green Foods, Mr Stamatiou has begun a slow reveal of the company’s technology, four years into a journey that started with the aim to recover spoiled or rejected food.

From that start, he and his cohorts have learned a lot about the broad range of applications suited to their food processing technology, from greatly increasing nutritional value of food to enhancing flavours in a way our tongues may never have encountered.

Mr Stamatiou rattles off the names of major companies that have signalled their interest in working with Whole Green Foods to make their production more efficient.

The company is embarking on paid trials with global food giant Simplot and local producer Sumich Group to examine opportunities for a range of different waste ingredients such as stems or leaves from broccoli, potatoes that are green, or waste from carrot processing.

Mr Stamatiou refers to the process as upcycling, where unwanted by-products or waste become valuable.

“We are currently producing a range of oat milk samples for Sanitarium, Noumi, and Brownes, as all of them see massive potential in oats for the next five to 10 years,” said Mr Stamatiou, an intellectual property lawyer and dealmaker in the technology space.

“We are scheduled to undertake some early trials with Nestle’s confectionary division out of the UK to explore the use of our technology for reduced-sugar confectionary.”

Mr Stamatiou added there were also two research projects with the University of Western Australia: one looking at lupin processing, the other at better utilising hops in beer production.

The kernel of the concept is that by placing food under immense pressure, and then releasing that rapidly, the cells of the food break down completely to a size small enough to create an inert product that can be comfortably dealt with by the typical palate and more easily digested.

The principal idea was to resurrect the vast amount of food that never reaches the shops or, when it does, fail to make the grade from the consumer point of view.

However, Whole Green Foods’ research has found a seemingly never-ending stream of possibilities from the technology it has developed.

“There is a lot of blue sky that I don’t tell people about because we are trying to focus,” Mr Stamatiou said.

One is delivery efficiency in the traditionally wasteful food sector such that the world’s population can be more sustainably fed.

Mr Stamatiou points to the current crisis created by the war in Ukraine as an early signal of the trouble to come ahead if global food production fails to match demand.

If produce that might otherwise end up in landfill or in animal feed could be kept in the food chain, that alleviates the need to devote more land and resources to growing additional crops.

The second is the growth in plant-based alternatives to meat, with various substitute products likely to benefit from using its technology to develop or process ingredients.

Mr Stamatiou said the take-up of plant-based meats would increase as the taste of products improved.

He said Whole Green Foods’ pressure technology could play a major role in that because its work with destroying the cell structure had revealed both more flavour and, in some cases, beneficial changes in it.

“Pressure [in food] has been around a long time,” he said.

“It is typically used to sterilise things. “But generally, that does not achieve cell bursting because it is only pressure they ease slowly.

“Most ingredients can handle pressure quite well, it is [rapid] release they can’t stand.

“One of the focuses of the business is flavours.