A colourful small business career is set to wind back a bit. 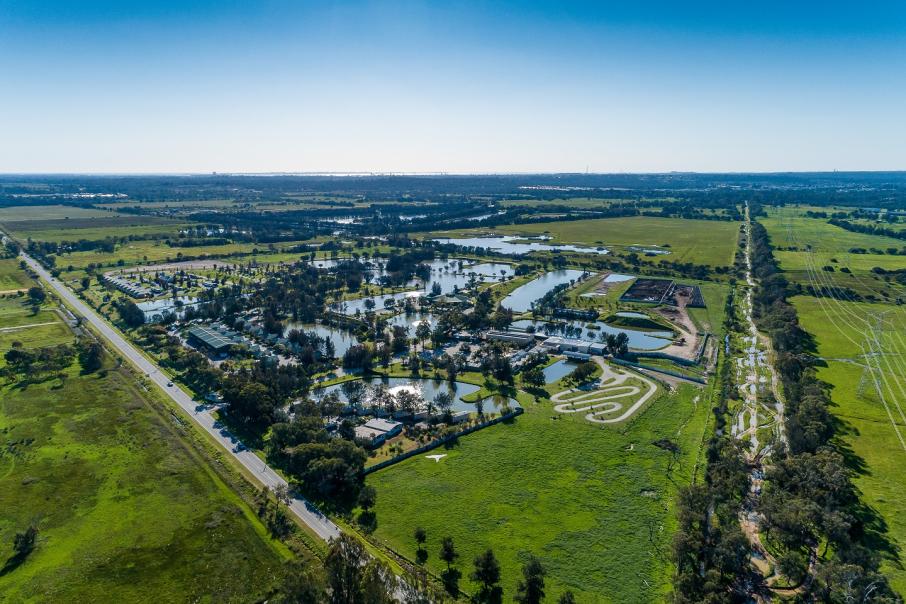 The Golden Ponds hospitality, recreation and aquaculture complex in Baldivis.

Tony Pannacchione is not the type to walk away when the going gets tough.

By his telling he rarely won, but always stood up for himself: the small business battler facing off against big business and faceless authority.

But at 76 years of age, his fight is no longer with powerful bureaucratic forces but rather against time itself.

Mr Pannacchione has put his lifelong dream and 30-year project, the Golden Ponds complex in Baldivis, on the market, realising it will need someone from a younger generation to take on the business if it’s going to survive and grow.

“When you get in your 70s you never know what’s around the corner,” Mr Pannacchione told Business News at the bar of the Golden Ponds function centre, a glass of his favoured Jacobs Creek merlot perched comfortably before him.

“I have responsibility for this whole place.

“My wife and I have a couple of other businesses and it’s time to start scaling down a bit.”

He is largely responsible for its management with his wife, Maria, more focused on nearby food wholesaling business Supa Chip, which sells imported frozen chips into the local market.

“I am self-driven, same as my wife,” Mr Pannacchione said.

“She never stops from morning to night, we are workaholics.” 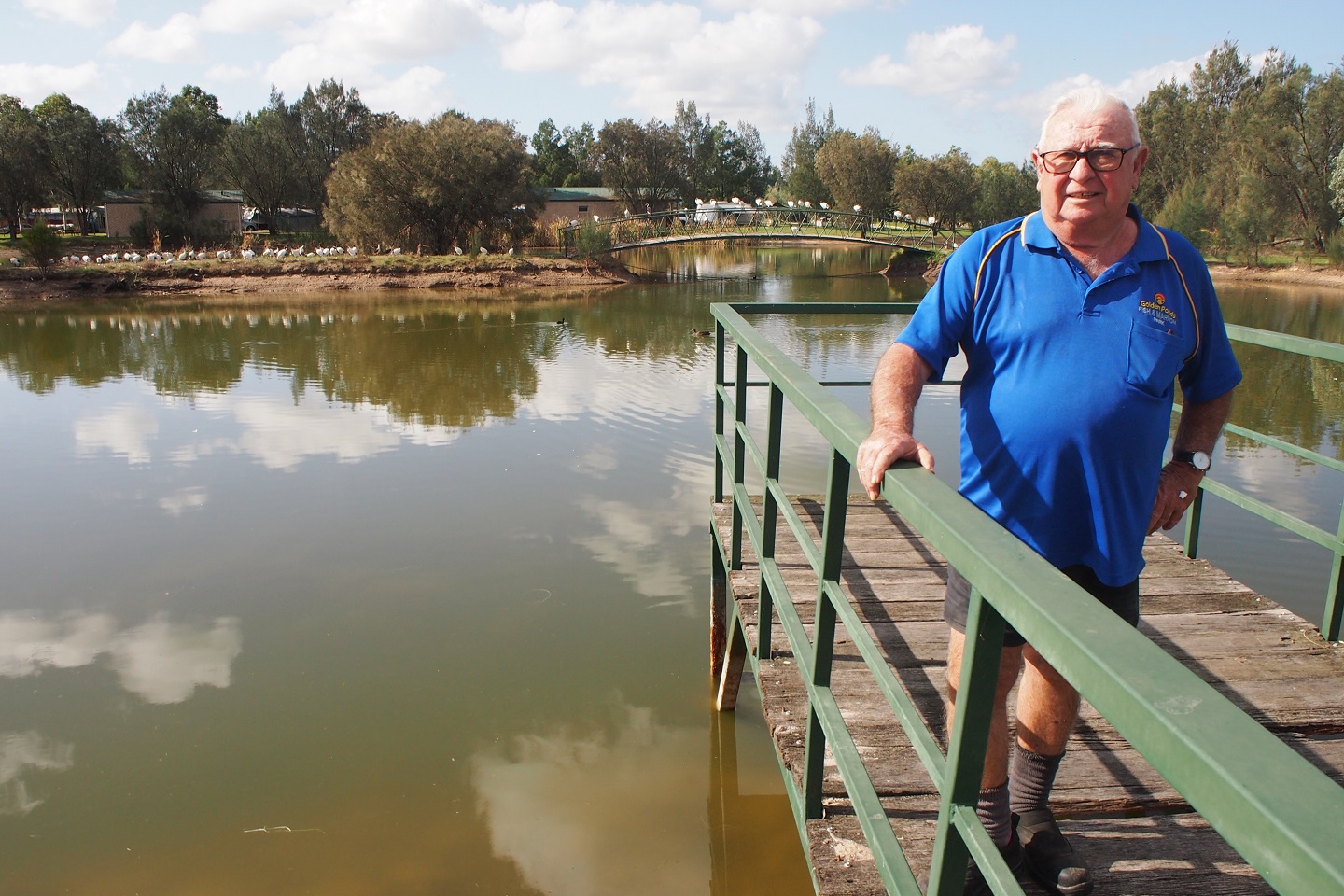 The Golden Ponds complex takes up about 40 per cent of a 37-hectare piece of land in Baldivis, a site Mr Pannacchione started developing before the freeway reached this site on the edge of metropolitan Perth.

These days the freeway, and suburbia, reach well to the south, but the Golden Ponds business sits in an undeveloped pocket, much of the area owned by land developer Stockland, which holds more than 400ha in adjacent and nearby properties.

Positioned around the lakes and ponds at the southern end of the sprawling property are nearly 50 accommodation units, from two-bedroom apartments to semi-self-contained units, as well as more than 60 powered campsites.

At its heart is a 400-person function centre and restaurant.

In addition, it has a small supermarket with its own live fish, marron and lobster holding tanks, as well as a dedicated temperature-controlled fish feedlot capable of producing up to 70,000 plate-sized fish in an 18-month period.

“That was a bit of a dream of mine since I was in my teens,” Mr Pannacchione said.

“Fishing was my passion. I wanted a fish farm in my life.

“When I was 50, I decided [that was] the time to do it, otherwise it might never happen.”

The property was a sheep farm when Mr Pannacchione bought it about three decades ago, with the bones of Golden Ponds’ aquatic playground already there in the form of old clay pits that had supplied the needs of neighbouring resources giant Alcoa.

Mr Pannacchione’s business career started with fishing, but in a very different way.

As a young man he purchased an ageing and slow boat and went in pursuit of rock lobsters.

He speaks briefly of this time as one of long hours all year round, in contrast to the more sustainable fishery that exists today, both for the fish and the fishermen.

Mr Pannacchione said he got a record price for his boat and pots when he quit the business about 40 years ago, but major regulatory change soon after meant that a single pot licence had the same value as the business he had sold.

The family ended up in the wholesale fruit and vegetable sector, initially with a business called Quality Fruit, which they sold, and then started a new outfit called Supa Spud, focused on potatoes.

This was a time of strict regulation in the potato business, which continued right through until well into this century, although Mr Pannacchione tells of many instances of the rules being flouted.

However, the most notable instance of running up against a form of authority during this time was a dispute with one of the big retailers.

The retailer decided to ‘fine’ him $1,000, claiming it had to repackage potatoes after Mr Pannacchione had spent a weekend fulfilling a particularly tricky and laborious order using string bags usually reserved for onions.

Mr Pannacchione said he stopped doing business with the retailer rather than pay the impost.

He sold that business to one of his rival wholesalers but remains in the food sector to this day via the Supa Chip business.

Even there Mr Pannacchione said overzealous authorities had forced it out of the processing side of the industry, making the requirements for disposal of water used to wash potatoes too demanding for it to remain profitable.

Mr Pannacchione’s vision for a fish farm became a reality when Golden Ponds opened for business in 1999, a very different type of pursuit from his ocean-going fishing days.

“I started with marron,” he said.

“We found it was a species that you could make money (with), but they are very temperamental and go walkabout.

“We also had poachers. Being close to suburbia we used to have poachers every night.

“The property is 100 acres, even a night watchman could not stop them.

“So, we forgot about the marron and concentrated on fish.”

The function centre opened 22 years ago, following an octagonal design that the owner had preferred.

To this day, it is a surprisingly big venue with plenty of lake glimpses.

Mr Pannacchione runs it with a small staff. It is open most days for lunch but only for bookings in the evenings.

When Business News visited the lunchtime crowd was small, perhaps a couple of dozen people spread in groups around the venue and at the bar.

The lunch on offer reflects produce sourced on site at Golden Ponds, which also has cattle and a fish farm.

The aquaculture operation is a major success and significant local supplier into the local restaurant market. 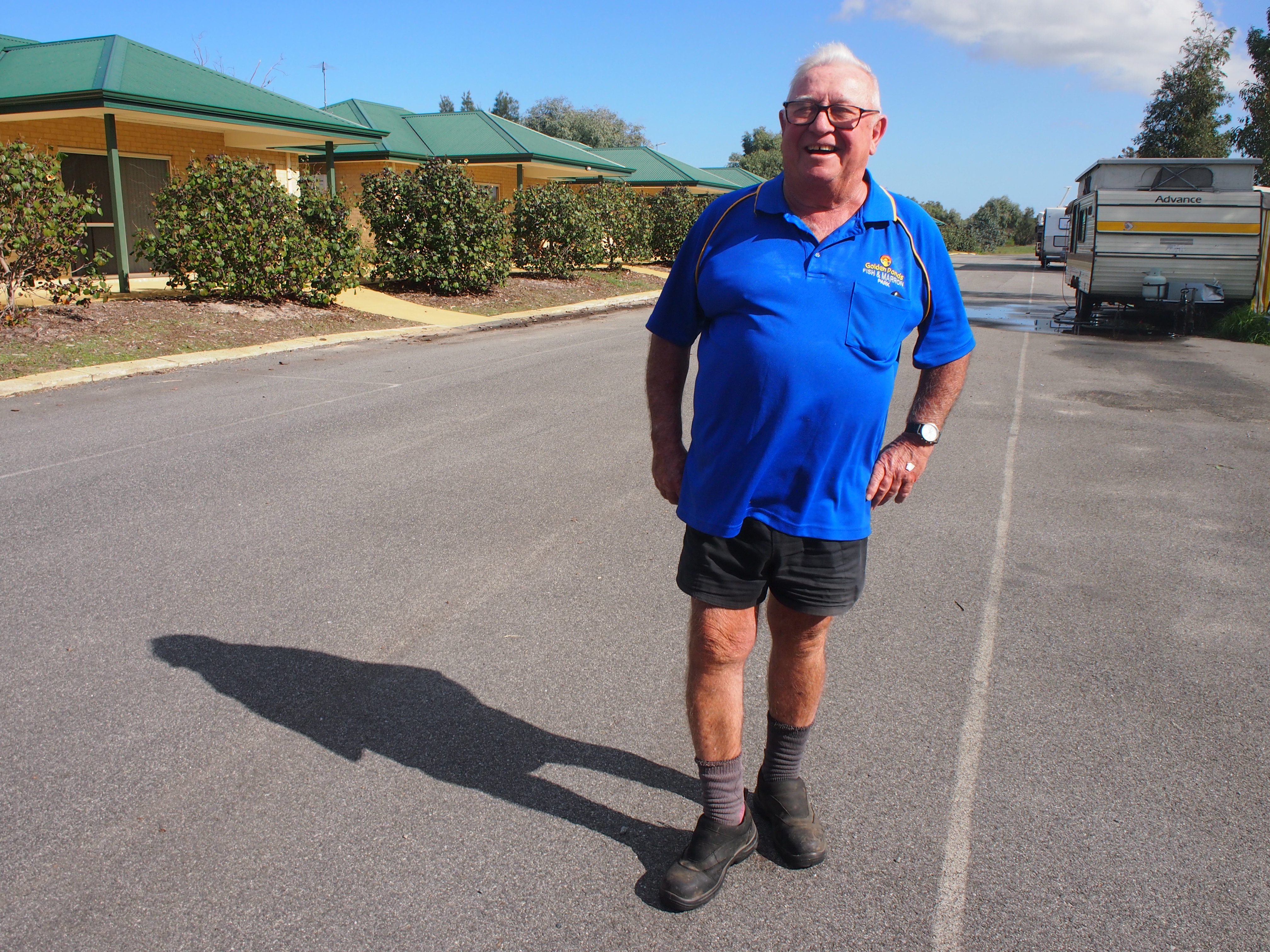 Tony Pannacchione in front of the accommodation units. 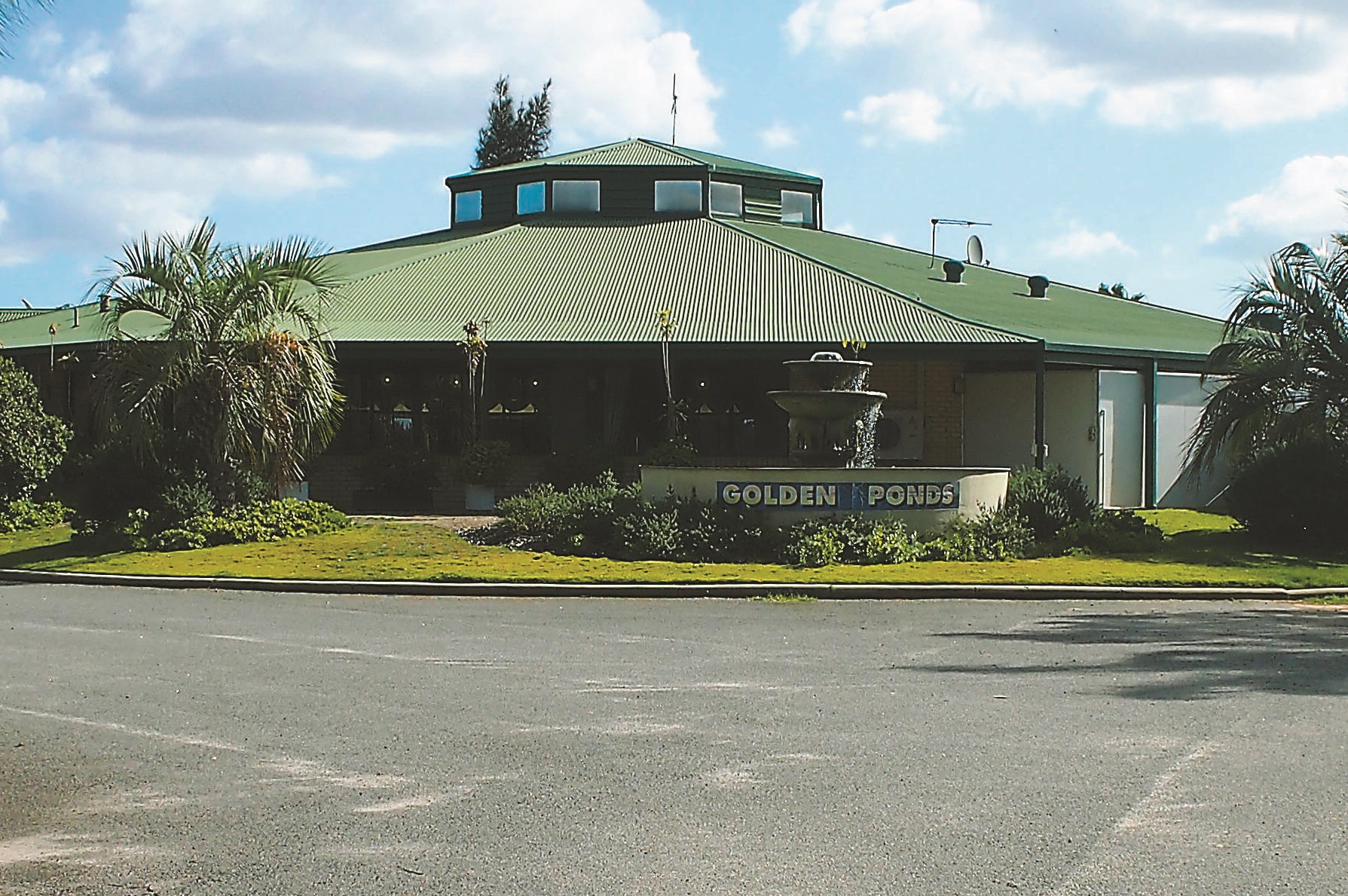 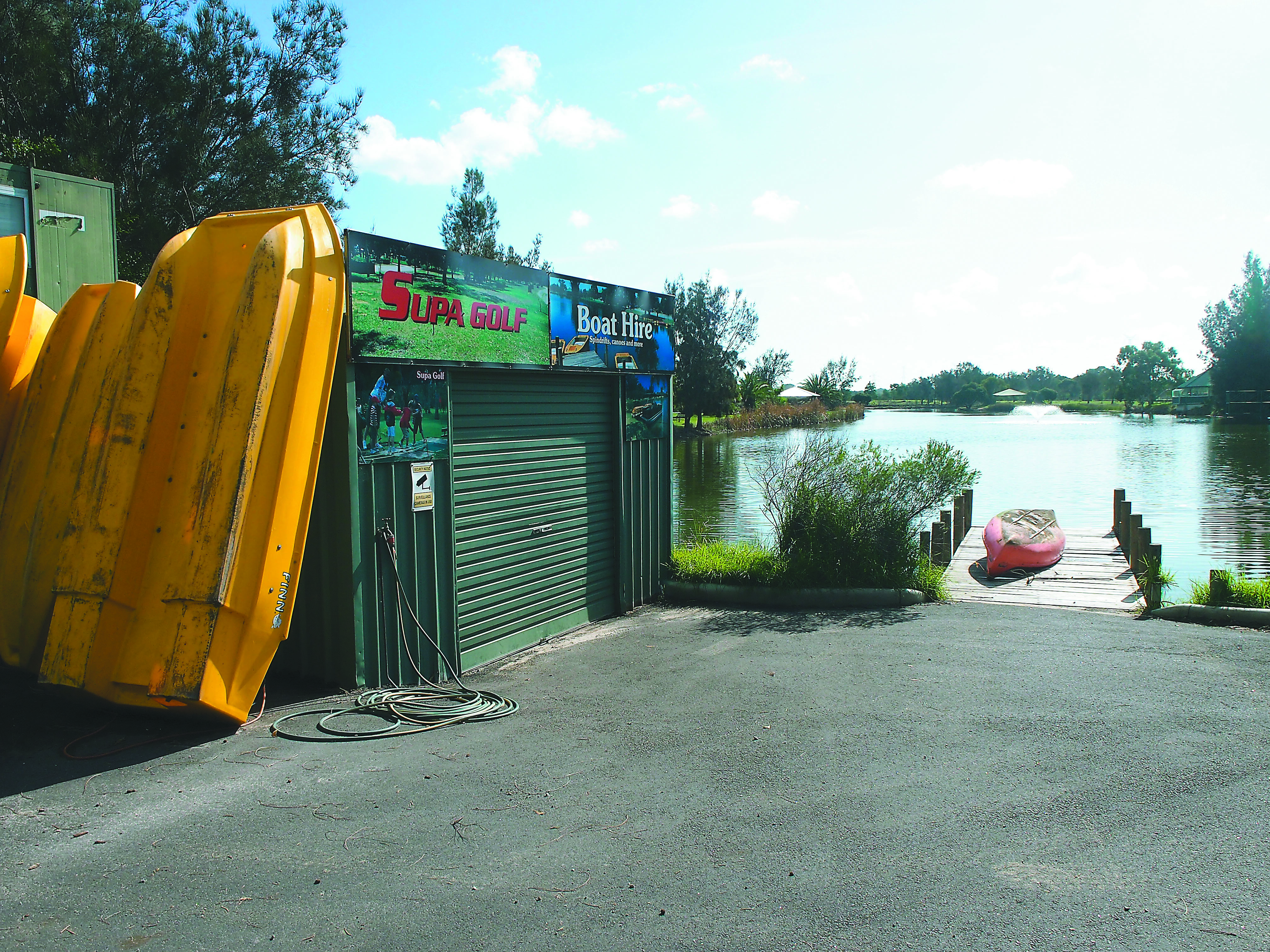 Mr Pannacchione also said he had a strong relationship with an educational institution that teaches about the sector and supplies him with fingerlings.

His biggest issue with the fish farm is the energy cost. He noted that the electricity supply has at times failed, which has proved costly.

Golden Ponds has moved half of its generation needs onto the property in the form of solar but, again, bureaucracy has halted his plans to expand renewables on his property.

Mr Pannacchione said that if the operation became any bigger the authorities would treat him as a power station and require more regulation.

It is an issue he finds exasperating. It is, perhaps, no wonder he is ready to bow out.

His children are not interested in taking over the business, so it is time to exit gracefully, hopefully to a buyer who wants to continue and grow what he has built.

“We’ll make money out of it,” Mr Pannacchione said of the planned sale of the business and property.

“The last 20 years has been a build-up scenario, build a few units and make some income.

“There are about 50 units that we rent out.

“Since COVID started we seem to have very few vacancies.”