Reconnaissance exploration at Auroch Minerals new base metals project in South Australia’s Flinders Ranges has produced spectacular copper and zinc assays from rock chip samples and confirmed high-potential Sedex mineralisation. The aggressive junior explorer is planning a drill campaign in the September quarter, just months after settling the acquisition of the project in a metals-rich corridor. 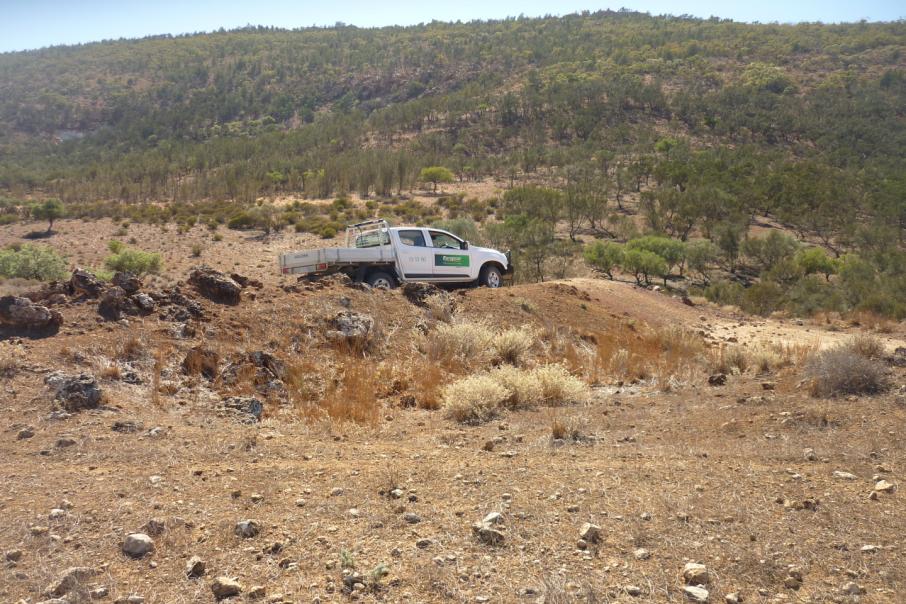 Auroch Minerals decision to focus on a base metals rich region in South Australia may prove to be an inspired one if today’s spectacular rock chip assays are any kind of indicator.

Just days after announcing the acquisition of the Arden base metals project, Auroch has delivered a lovely set of numbers, with some rock samples assaying up to 12.4% copper and 6.97% zinc.

Earlier this week Auroch confirmed it had settled the acquisition of a 90% stake in the project that sits just northeast of Quorn in South Australia.

The company also recently acquired a 100% stake in the Bonaventura zinc project on Kangaroo Island.

Both projects are located in the Adelaide Geosyncline, a metals-rich and under-explored rift complex that hosts a number of base metal mines.

Auroch is targeting a “Sedex” style deposit, which is the same style of mineralisation that occurs in the massive Mt Isa mining precinct.

Sedex style deposits account for more than half of the world’s lead and zinc production.

The company told the ASX it had observed extensive Sedex-style base metal mineralisation during reconnaissance field mapping at three of Arden’s advanced target areas —Ragless Range, Radford Creek and Kanyaka.

Rock chip sampling produced some exciting results from all three areas including multiple high-grade zinc assays at Ragless Range, with values ranging up to 6.97% zinc.

Auroch executive chairman, Glenn Whiddon, said: “The recent field work at the Arden project has confirmed the presence of high-grade base metal mineralisation over multiple target areas and highlights the potential for a substantial zinc, lead, copper and cobalt play supported by excellent infrastructure, which includes Nyrstar’s large base metals smelter and refinery nearby in Port Pirie. Auroch is excited by the prospect and has set an aggressive exploration program to systematically evaluate multiple target areas in 2018.”

Auroch is the first modern explorer to look at Arden, which contains a number of artisanal mines that were worked at various times between 1850 and 1920.

The world-famous copper miner Kennecott, later acquired by Rio Tinto, explored the area between 1966 and 1972 and identified potential for Sedex-style mineralisation over 10km of strike at widths of up to 40 metres. However, no systematic modern exploration for base metals has ever been undertaken.

Auroch is not wasting any time in testing its new project, with a drill campaign scheduled for the September quarter.

Re-processing of all existing geophysical data has already begun, followed by a high resolution aeromagnetic survey later this quarter and a surface geochemistry sampling program. The results will shed more light on the prospectivity of Arden ahead of the drill program and produce a ranking of high priority drill targets.

Auroch’s Arden project is ticking a lot of boxes for an early stage play and is shaping up as one to watch.