An investigation into Australia’s failed bid for the Fifa world cup should be just the start of a closer look at how taxpayers’ money is spent overseas. 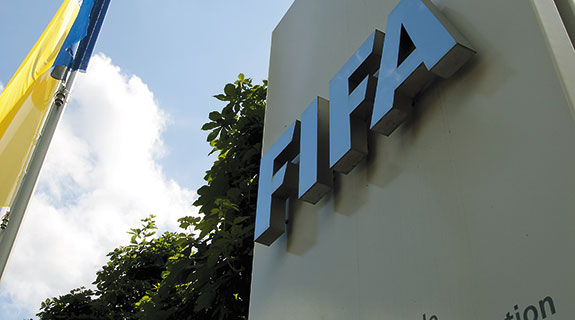 An investigation into Australia’s failed bid for the Fifa world cup should be just the start of a closer look at how taxpayers’ money is spent overseas.

Our federal politicians may yet hold an investigation into how $43 million of Australian taxpayers’ money was spent on the failed 2010 bid to host the Federation Internationale de Football Association’s (Fifa) 2022 World Cup.

Claims of foul play surfaced immediately after the 2010 vote, won by the tiny oil-rich Gulf kingdom of Qatar.

But no move was made in Canberra to investigate the outcome and reasons for the failure of Australia’s bid.

We can be sure that Canberra would still be sleeping on the job if the US Justice Department and FBI hadn’t held investigations of their own into the Qatar process, and longer-term actions of top Fifa officials.

The only voice raised in Australia to question the process was that of Independent Senator Nick Xenophon, at an estimates committee meeting.

Then four years of silence.

The words ‘international’, ‘United Nations’, or, worse still, ‘climate’, in the titles of overseas-based entities seem to hypnotise our political class, rendering it incapable of putting hard questions about ongoing requests for financial commitments from Australia.

If nothing else, Fifa’s unfolding scandal suggests the standards of guardianship of public money in Australia require marked improvement.

So the sooner a no-holds-barred investigation is launched, the better.

The Fifa scandal is an excellent opportunity to adopt terms of reference that go far beyond just considering the lost $43 million.

A Senate or joint house inquiry should investigate what has happened to all the Australian money expended by overseas-based entities with which Canberra has been associated over recent decades.

His guiding principle is ‘American might to promote American ideals’, which possibly explains why it was the US Justice Department’s investigations and the FBI’s arrests that brought the Fifa scandal to the boil.

In a hard-hitting article in New York City’s Commentary Magazine, Boot asked, “What does Fifa, the international soccer federation, have in common with the United Nations, Formula One, and the International Olympic Committee (IOC)?”

His answer: “They’re all international organisations and they’re all notoriously corrupt.”

But he isn’t sanguine that exposure of Fifa will mean improvement across the full range of such international entities.

“Corruption at the IOC occasionally gets exposed, as during the scandal over bid-rigging for the 2002 Salt Lake City Winter Games, but … there is a lot more corruption still out there,” Boot wrote.

“Oh, and over at Formula One, its boss, Bernie Ecclestone, agreed to pay a German court last year $100 million to settle bribery charges.

“And then of course there is the United Nations, which, as the Foundation for Defense of Democracies noted: ‘is a hotbed for corruption and abuse. It is opaque, diplomatically immune, largely unaccountable, and has come to regard billions in US tax dollars not as a privilege to be earned, but as an entitlement’.”

Several months ago, Foreign Minister Julie Bishop assigned $A200 million to something called the Green Climate Fund, another UN quango.

This one promotes the global warming scam and bills itself as an agency that “will support projects, programmes, policies and other activities in developing country parties using thematic funding windows”.

Orwellian terminology like “thematic funding windows” immediately arouses suspicion since it can mean anything, including wanton waste.

I’d dearly love to know what benefits, if any, ever arise from that enormous outlay of money, or if anyone will ever find out.

The Green Climate Fund is presently seeking $US100 billion annually by 2020 for a range of vaguely worded, costly projects; suggesting many more $A200 million requests will be made to future Australian governments for equally vaguely worded causes.

The most important question that remains is why so many international quangos are prone to the shenanigans Boot highlights.

English columnist Simon Jenkins describes such entities as “murky international’ regulators”, and says they tend to base themselves in smaller European states and claim sovereignty over everything from sport and culture to science, aid, armaments and world trade.”

“Some bodies hover uncertainly under the United Nations umbrella, performing half-necessary functions such as maritime law or heritage rescue,” Jenkins wrote in The Guardian this month.

“Fifa and the IOC are stateless cartels, freeloading on the Swiss image of lofty cosmopolitanism.

“Those who rule these bodies are accountable only to the federations that they themselves run.”

To criticism of those stateless cartels Jenkins added that “national governments are dummies run by gullible politicians in thrall to electors so stupid they pay taxes”.

That sounds like today’s Australia, with taxpayers’ $43 million securing one vote, ensuring elimination in round one, while sun-scorched Qatar inexplicably topped round four.

Hopefully Senator Xenophon gets his Fifa inquiry and hopefully also he immediately broadens its terms of reference to include detailed assessments of the many other stateless cartels Australian taxpayer bankroll.