A new service developed in Perth aims to bring bands and fans together. 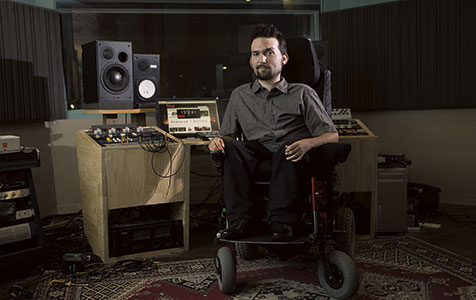 First the CD killed vinyl, then music downloads killed CDs, and now streaming services such as Spotify, Pandora and Soundcloud are making inroads into the music download market.

And spare a thought for the musicians, who are finding it ever more difficult to make ends meet in an increasingly diverse and complex marketplace.

Perth online music startup Farugi has set itself the ambitious goal of bringing the music industry together, allowing music fans to buy, download or stream tracks directly from their favourite bands, as well as buy their merchandise.

This ‘direct to fan’ service launched in November, following an idea dreamt up a year ago by a local music engineer.

Mr Manning-Franklin has more than a decade of music industry experience, and the company has had to make a number of bold moves to set itself apart.

The Farugi service allows artists to set their own prices for digital downloads and merchandise sales. In an interesting twist, music lovers can opt to pay more than the set price for any item on the site, allowing them to truly show their support for their favourite bands.

Fans who create an account get their own personal profile on Farugi where they can see everything they’ve bought, redownload the music they own at any time, and share their profile with their friends.

Farugi even syncs digital and physical purchases – if you buy a vinyl on Farugi, you get the digital copy as well.

In 2001, in launching the iPod and the iTunes store, Steve Jobs said: “Most people don’t really want to steal music, they just haven’t had a better option.”

Mr Manning-Franklin hopes to give the music industry another much-needed push.

“The fact is that if you give people a chance to actively engage with the artists they love, to show their support, to become more than just consumers of music but patrons of the arts… then you’ll find there are people out there so eager to put their weight behind the artists they love, that the music industry could flourish all over again,” he said.

Many artists talk about the difficulty they have selling their music online and making the whole industry pay. With more and more bands and online streaming services out there, cut through is difficult.

In one case recently, a song writer (‘The Trichordist’) bemoaned the fact they were paid only $16.89 in royalties for the more than one million times their song had been played on online music streaming service Pandora. It is less than what they would receive from the sale of a single T-shirt.

Mr Manning-Franklin’s service is trying to change this, one artist and fan at a time.