Political and business leaders need to make clear, rational arguments to counter the more extreme claims from those who feel disenfranchised. 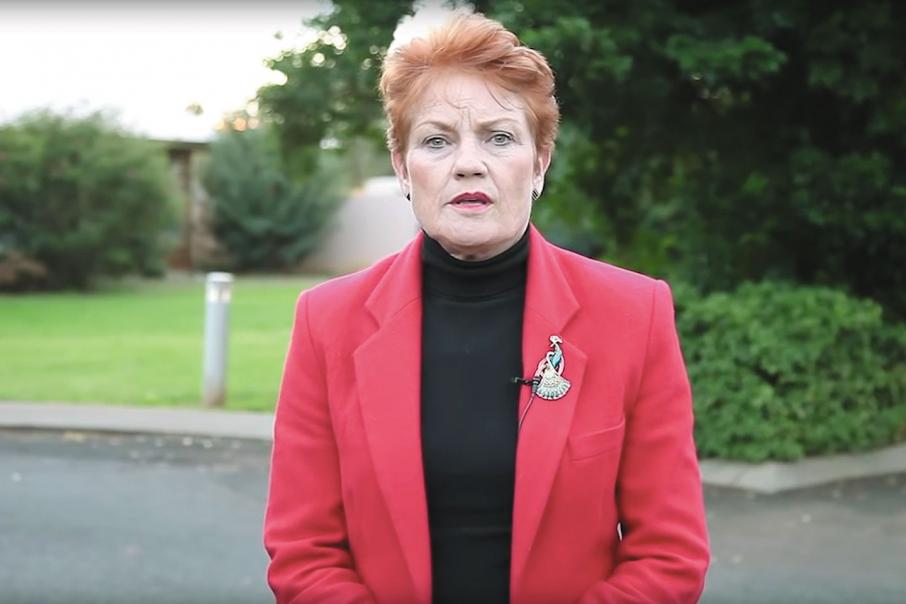 RE-EXPLAIN: Pauline Hanson’s re-emergence on to the federal political scene is a challenge for the major parties, and the media.

Political and business leaders need to make clear, rational arguments to counter the more extreme claims from those who feel disenfranchised.

WHEN politicians talk about sovereign risk, it’s only ever in connection to foreign bids for Australian businesses.

China-listed Dakang’s $370 million bid for the massive S. Kidman & Co cattle stations and the sale of NSW power utility Ausgrid to Chinese interests were both skitttled on the basis that overseas ownership of these assets represented a risk.

It’s an intriguing balancing act for federal governments and the Foreign Investment Review Board.

Australia is not naturally protectionist, so it falls to the government of the day to carefully weigh up the positive of foreign capital against the future needs of the country.

Australia cannot survive without foreign investment, which is why the government chooses its words so carefully in the choreographed public act of these negotiations.

It knows the world is watching, and protecting Australia’s reputation as a sound investment territory is paramount.

Yet there’s barely a whisper about the impact of cultural shifts on Australia’s investment profile, such as Pauline Hanson’s reprisal of her political role.

I’m old enough to remember her first venture in federal politics 20 years ago, but my strongest recollection of this period isn’t related to her many, memorable public appearances.

It’s a conversation I had with a fellow student, an Australian-born Chinese woman, who without any rancour simply stated her belief that most people agreed with the flame-haired leader of One Nation on issues of Asian migration.

I felt to so ashamed and all I could think to do was say sorry.

The only time I’ve felt conscious of my lineage is when fellow, white Australians engage in casual racism, assuming I’m on the same page.

When it happened most recently, I felt too paralysed by social niceties to respond appropriately to my new neighbour, and I did nothing more radical than quickly change the topic of conversation.

My issue with Hanson 2.0 is not her stance on Islam, which, like her comments on Asian migration 20 years ago tap into a populist vein and brands immigration as the wellspring of all inequity and iniquity.

Instead it’s her divisive power, her capacity to polarise friends, families, communities, and stifle discussion.

One Nation supporters brand its critics as left-leaning do-gooders with no understanding of the plight of the average Australian.

The party claims to speak for people too frightened to defend some long-lost idea of Australia – a land where everyone had a job, where manufacturing thrived and multiculturalism meant nothing more challenging than enjoying spaghetti bolognaise.

In the truly global world of online news, Ms Hanson is a walking, talking headline machine with the power to turn back the clock on Australia’s public profile in a couple of mouse clicks.

As with Donald Trump in the US, her most outrageous comments receive widespread coverage and become a prism through which our country is viewed.

It’s not going to stop international investment, but such perceptions can influence decisions and decision makers in a global marketplace where there is always competition for capital.

And then there’s the impact on industries such as Australia’s education sector, and the country’s capacity to attract fee-paying international students.

Ms Hanson’s call for a royal commission into Islam isn’t racist, it’s just her opinion; but it does seem to give voice to a range of racist views.

These emotional arguments are hard to counter with hard facts, as illustrated by the Brexit campaign in the UK.

The failed ‘stay’ campaigners acknowledged their economic argument was impotent against the emotional lines populated by the ‘leave’ camp, even if those arguments played a bit fast and loose with the truth.

I’ve watched the left-leaning press trot out some pretty predictable lines in response to the return of One Nation, and none of them will engage its supporters.

And I suspect arguing about the potential damage these views do to Australia’s reputation as an investment target is a pretty tough sell in One Nation heartland, too.

Outliers like One Nation, and before that Palmer United, are the price we pay for democracy. Yet while they spark important debate, our leaders in politics and business need to counter some of the rhetoric.