St George Mining has tabled a flurry of exploration results across its WA portfolio, including the sighting of visual copper sulphides at its Paterson copper-gold project. The company has also identified a suite of priority drill targets at its Ajana and Mt Alexander nickel-copper-PGE operations through geophysical surveys. 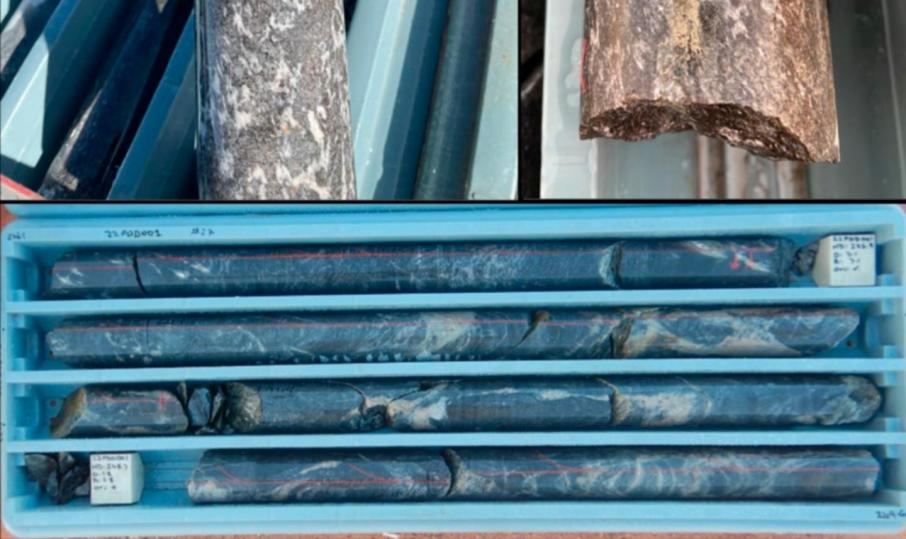 St George Mining has tabled a flurry of exploration results across its WA portfolio, including the sighting of visual copper sulphides at its Paterson copper-gold project.  The company has also identified a suite of priority drill targets at its Ajana and Mt Alexander nickel-copper-PGE operations through geophysical surveys.

The explorer has been diamond drilling at the former for the past month as it looks to test a sequence of basement rocks prospective for a large-scale copper-gold system.

St George has since plunged two diamond holes at its wholly owned Paterson copper-gold project in the “world-class” Paterson region of WA, detecting visual copper sulphides in the second hole.

Subsequent drill core analyses from samples pulled at Paterson suggest extreme alteration and hydrothermal veining in the drill core underline the areas structural complexity and indicate the rocks may have been exposed to hydrothermal fluids which could have transported the copper minerals.

Importantly, the company says the geological setting of the project bears striking similarities to a number of neighbouring copper-gold deposits in the Paterson region including mining behemoth Rio Tinto’s copper-gold discovery at Winu, about 50km south-west.

Given the promising returns scored across its first two, broadly spaced holes, St George is optimistic about the rest of its campaign which will see the miner break ground across a number of highly prospective targets. According to the company, a third hole at the project is already underway.

Meanwhile, at the Mt Alexander nickel-copper-PGE project near Leonora, in WA, the company has its foot on an emerging sequence of priority drill targets after completing a 13 line-kilometre seismic survey along with a moving-loop electromagnetic survey.

Management says both surveys could assist it in vectoring-in on the ground’s potentially massive nickel-copper-PGE deposits. With St George cultivating an arsenal of targets at Mt Alexander, the miner believes it could kick off a drill program within the next four weeks.

The focus of the looming probe will be a list of underexplored zones within the strongly mineralised Cathedrals Belt and the adjacent Mt Alexander Greenstone Belt.

Another WA operation that could soon see the drill rig is the Ajana nickel-copper-PGE project near Northampton.

According to St George, the intrusion sits inside an established mineral field speckled with base metal deposits that links it to additional mineralisation.

The company recently stretched its ground at Ajana through the acquisition of several contiguous tenements and St George now says it could drill-test the ground in the second half of the year, pending land access arrangements.

With visual copper at Paterson and a growing list of targets at Ajana and Mt Alexander, the company could be in for a busy year ahead across all its WA tenements.