A big oil and gas liquids discovery near Calima Energy’s acreage in the Montney Basin has added yet more backing for the company’s early move into one of the hottest shale basins in North America. The nearby discovery tested at more than 2,000 barrels of oil equivalent per day and was rich in highly prized condensate and other natural gas liquids. Calima's move into the area is starting to look smart. 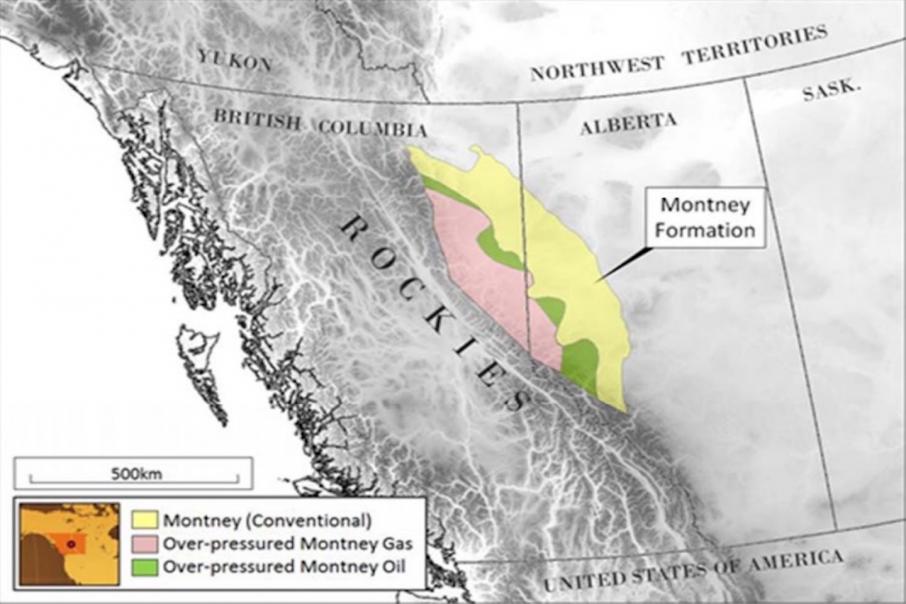 Calima Energy’s early move into a liquids-rich section of Canada’s revered Montney oil and gas formation is looking more astute by the day, with the latest drilling from a nearby explorer providing plenty of excitement for Calima shareholders.

The new results from Calgary-based Painted Pony Energy come just weeks after oil super-major ConocoPhillips spent CAD$154M to snap up another 35,000 acres of land along trend from Calima’s acreage.

In an update to the ASX this week, Calima pointed out that testing of Painted Pony’s first well in the Beg Block, just 40kms south of Calima’s acreage, had averaged more than 2,000 barrels of oil equivalent per day. This included 360 barrels per day of liquids, of which 60% was made up of highly-prized condensate and the balance was other natural gas liquids.

Painted Pony described the test results as significant and said it expected all 36 sections of the Beg Block to be prospective for development.

Painted Pony, despite its unassuming name, is a power player in the northern Montney, pumping out about 60,000 boe/d. To put that in some context, the company is about 60% the size of Santos in terms of production.

Investors also appear to see the significance, with Painted Pony rising 18% on the TSX since it announced the results on the 17th of April.

Calima’s managing director, Alan Stein, said: “These impressive well results provide further encouragement regarding the potential of the Montney Formation in this area. The high liquids yields reported by Painted Pony should result in this acreage being prioritised for development in the near future. All of the offset activity in the area provides positive indicators regarding the prospectivity of the Calima Lands.”

Calima was one of the early movers in the liquids-rich corridor running through the Montney Basin, which is already one of the hottest shale plays in North America on the basis of its proven ability to produce big volumes of gas at low cost.

The Perth-based company is led by savvy oil men Alan Stein and Jonathon Taylor, who have a strong investor following thanks to stunning successes with Fusion Oil and Gas and the massive Ophir Energy.

Their strategy with the Montney is to acquire a material acreage position, prove up its value with a small but targeted drill campaign and then monetise the asset, possibly via a take out by one of the gaggle of really big players in the area.

Calima’s acreage acquisition has been completed, with the company now sitting on 72,104 acres. Under a joint venture agreement, Calima has already earned a 20% stake in the acreage, and can lift this to 55% in two stages with a total spend of CAD$20M by February 2020.

Calima will be spending CAD$625 per acre to reach its 55% stake, which is just a fraction of the CAD$4,400 paid by ConocoPhillips in its recent deal. Other recent transactions leading up to that deal implied a weighted average land value of CAD$3,700 per acre.

Calima is now working towards drilling three wells (one vertical and two horizontal), beginning in November. This will be the acid test of independent geological reports and Calima’s own studies that suggest it is possibly sitting on lucrative, liquids-rich ground.

These types of numbers are often associated with sizeable offshore fields in Australia and would make any local onshore operator green with envy.