Ever since Sirius Resources poked a hole into a magnetic signature on a map and came up with the colossal Nova-Bollinger nickel resource, the market takes particular note when others do the same – especially when it is in the same area. Legend Mining shares have run by 50% over the last few weeks ahead of their drill program starting on February 22nd to test 5 identified conductors. 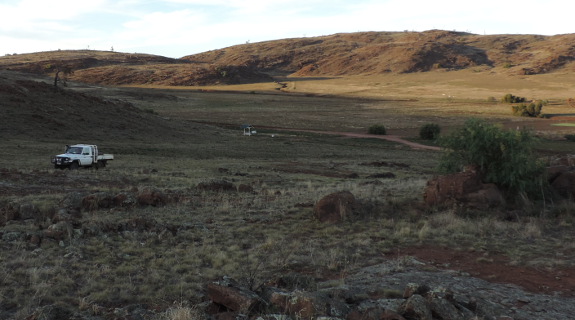 Ever since Sirius Resources poked a hole into a magnetic signature on a map and came up with the colossal Nova-Bollinger nickel resource, the market sits up and takes particular notice when others do the same – especially when it is in the same area.

Legend Mining briefly traded at .006c a share in the last month but touched .009c yesterday after the company announced it had all approvals in place necessary to commence drilling 5 magnetic conductors at its Rockford Project in the Fraser Range in W.A.

The Nova-Bollinger deposit, which lies within the Fraser Range is situated on a similar tenor gravity ridge to that of Legend’s Rockford Project and the two projects are only about 120km apart at their extremities.

Legend Mining signed a deal last year to acquire 70% of the Rockford project from legendary prospector Mark Creasy who handed over box loads of dusty historical exploration data on the project at the time.

After painstakingly studying the historical data and undertaking a program of moving loop electromagnetic surveys, Legend discovered a total of five bedrock conductors, three of which exhibited very high conductivities.

On February 22nd the company will kick off an initial 5 hole 1400m RC drilling program to test the identified conductors and with over $11m in cash, liquid investments and receivables due, if there is something there Legend can afford to find it.

Managing Director Mark Wilson said, “Following the success of our 2015 MLEM surveys we are pleased to commence our first RC drilling campaign to test five quality conductors. These will be the first RC holes drilled in the entire Rockford Project area and will provide important geological information to compliment the magnetic and gravity datasets.”

The programme is expected to take approximately two weeks to complete with laboratory assays to follow within 3-4 weeks. Downhole EM surveying of all drill holes will be undertaken to ensure the targeted conductors have been tested for possible off-hole features.

Interestingly Legend’s innovative technical approach to their high powered ground EM survey’s has earnt them a research and development rebate grant from the Federal Government worth $93 000.

The company expects this amount to increase to $500 000 next year.