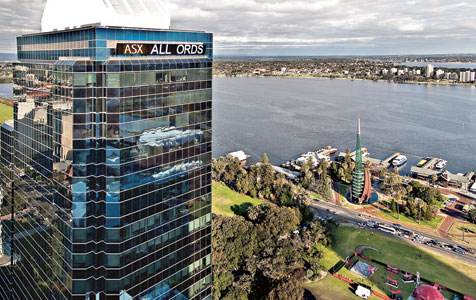 The sale campaign for the Exchange Plaza has hit a speed bump.

The campaign to sell Colonial First State Global Asset Management’s half share of Exchange Plaza appears to have hit a speed bump amid concerns over the tower’s key tenant.

It’s understood the property has been temporarily taken off the market while the current owners, Colonial First State Property PPS Fund and AMP Capital Wholesale Office Fund, negotiate a number of key lease renewals, including with the Australian Securities Exchange.

Colonial’s 50 per cent interest in the tower was expected to sell for as much as $180 million, with claims Singapore’s Rockworth Capital Partners, Morgan Stanley’s Investa, The Mirvac Group, and GPT Group were taking a close look at the premium-grade office tower.

And Rockworth was understood to be interested in expanding its exposure to include the Perth office market after paying $75.8 million for the Phoenix Shopping Centre in February.

The sale of the half share in the 40-storey tower was expected to attract a lot of interest following Charter Hall’s $458 million acquisition of Bankwest Plaza in March.

However industry analysts suggest Exchange Plaza has failed to attract any suitable bids, prompting the owner to rethink the sales campaign.

Colonial First State denied the campaign had been halted, with a spokesman saying there was “no change, the asset was still on the market for sale”.

The news comes as the Property Council of Australia's latest survey found Perth’s office vacancy rate has jumped to almost 7 per cent.

But despite the soft outlook, investor interest in CBD office property remains strong.

DEXUS Property Group’s $434.8 million investment in the first three towers in the Kings Square precinct underlines the appeal of Perth’s office market in a national context, even if it has been hit by the slowdown in the mining sector.

Colonial First State’s stake in Exchange Plaza is expected to be put back on the market in the near future; and with a stronger leasing profile, analysts suggest its final sale price could exceed initial expectations.