Blackham Resources' expansion strategy at its Wiluna Mining Centre is looking the goods with its latest drill campaign throwing up some exceptional grades from shallow depths. Best numbers include 14.45 metres at 17.16 g/t gold and 6 metres at 53.73 g/t gold that included a 1m intersection going an impressive 9 ounces to the tonne gold. 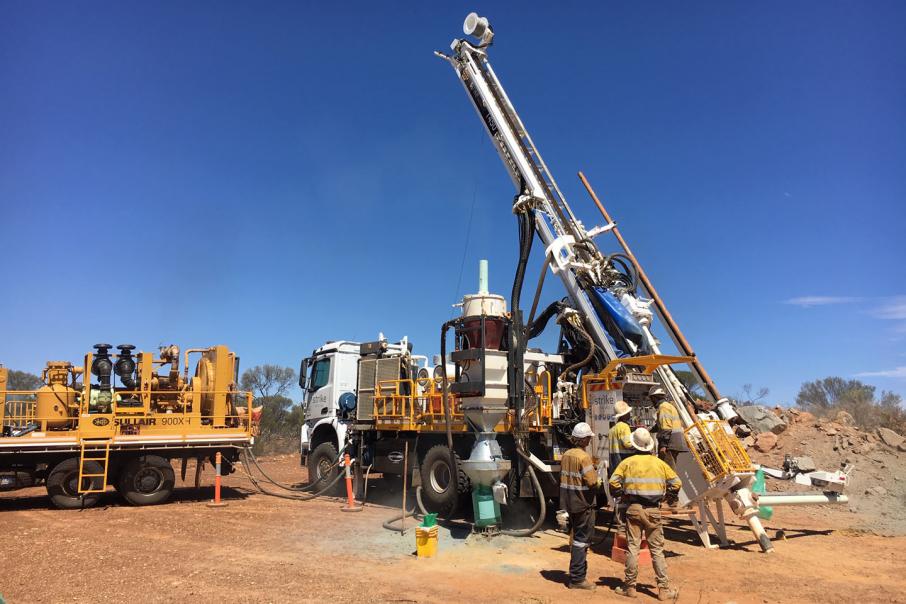 Blackham Resources' expansion strategy at its Wiluna Mining Centre is looking the goods with its latest drill campaign throwing up some exceptional grades from shallow depths.

Best numbers from the most recent assays were 14.45 metres at 17.16 g/t gold from 19m down hole which included an uber-impressive 7.45m intersection going an ounce to the tonne gold.

Another exceptional shallow result was 12.4m at 7.93 grams per tonne from just 31m down hole and the mineralisation also appears to be extending at depth with a 12m hit going 7.01 g/t gold from 184m amongst other deeper results.

The aim of the latest campaign is the drag the company’s current inferred sulphide mineral resource up into the more reliable “indicated” status and the latest exceptional results would appear to be achieving that goal.

Blackham Resources Executive Chairman, Milan Jerkovic said: “We’re targeting high-grade shoot discoveries because every 1 g/t increase in the grade in the sulphides, could result in an additional 25kozpa of production in Stage 1 and 50kozpa under our Stage 2 scenario, so grade is obviously extremely important to (the) project economics”.

“These results will support further resource and reserve updates and mine planning work scheduled over the coming months.”

Blackham owns the Wiluna gold mine in the north eastern goldfields of Western Australia that is surrounded by a swathe of gold resources. The mine has a history dating back to the 1890s and boasts an immense gold endowment which is presently estimated to be more than 10 million ounces including past production and established resources.

The company controls the entire northern end of the Wiluna-Norseman greenstone belt with tenure covering over 1,600 km2, including 4 established mining centers in the Wiluna region.

A recent overhaul of the company’s development strategy resulted in Blackham returning to the drill bit to recognize the tremendous potential of the region. The company has set about proving up the shallow, high-grade resources within the mine environs in order to step up the existing production scenario to potentially 120,000 ounces per annum in what it is calling its Stage 1 sulphide expansion strategy.

Beyond that the plan is to implement a stage 2 strategy that will see the Perth based ASX-listed company join the more elite ranks of the 200,000 ounce a year club.

The shallow ores at Wiluna play a key role in Blackham’s plans for two principal reasons - they have grade and they are easily accessible via old underground mine infrastructure that can simply be dewatered and rehabilitated without too much cost and effort.

The shallow high-grade ores at Wiluna can be easily accessed through open pit and existing underground infrastructure delivering higher production volumes and significant cost savings to the operation.

Blackham has 7 rigs punching holes in the ground at Wiluna right now and it expects the current drilling campaign to be completed by the end of the June 2020. The initial results out this week are cause for some excitement, underpin the expansion strategy well and set up an air of anticipation around the drilling over the next few weeks.

In the wake of the current drilling program the company expects to deliver a resource upgrade during the September quarter but has flagged an ongoing drilling campaign to continue growing these more lucrative high-grade resources.

Blackham is set to continue delivering positive news flow in the coming weeks as drilling continues, resources are upgraded and the new production schedule slots into place. It has been a bumpy ride for the northern Goldfield’s miner however, the company now seems to be on track with a defined and revamped strategy that should see it take advantage of the historically high gold price.