The operators behind UnWined Subiaco and Ice Cream Factory have tailored their approach to curate experiences different to traditional large-scale events. 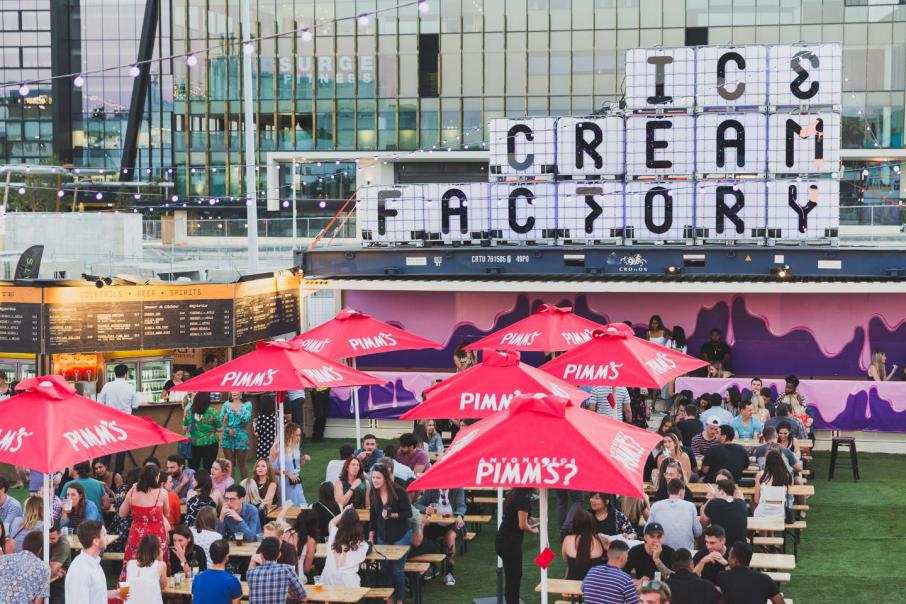 The operators behind UnWined Subiaco and Ice Cream Factory have tailored their approach to curate experiences different to traditional large-scale events.

Large crowds and big events were the hallmarks of Perth’s events scene when Richard Campbell started in the business more than 30 years ago.

These days, however, the preference has shifted towards more intimate affairs.

“When I first started out in 1981 there was the home show, the electronic show, the boat show, the car show and that was it … they were huge shows attracting 60,000-plus people,” Mr Campbell told Business News.

A surveyor and draftsman by trade, Mr Campbell began in the home exhibition space in the 1980s before founding CMS Events in 1993 and establishing the Western Australian Wine and Food Festival in 1997.

He later sold the event to an interstate operator, with the event still operating today as The Good Food and Wine Show.

“I still had a good base of local boutique food and wine clients who didn’t want to necessarily do big shows,” Mr Campbell said.

“The aim was to have three or four events at different locations and times of the year to give small producers, who aren’t on the shelves of national distributors, an opportunity to get their brand out there – the best way to promote your product is to put the taste in someone’s mouth.”

He said CMS Events currently had the most comprehensive showing of WA winemakers and distributors in the state across its three main annual events – UnWined Subiaco, City Wine and Sunset Wine. 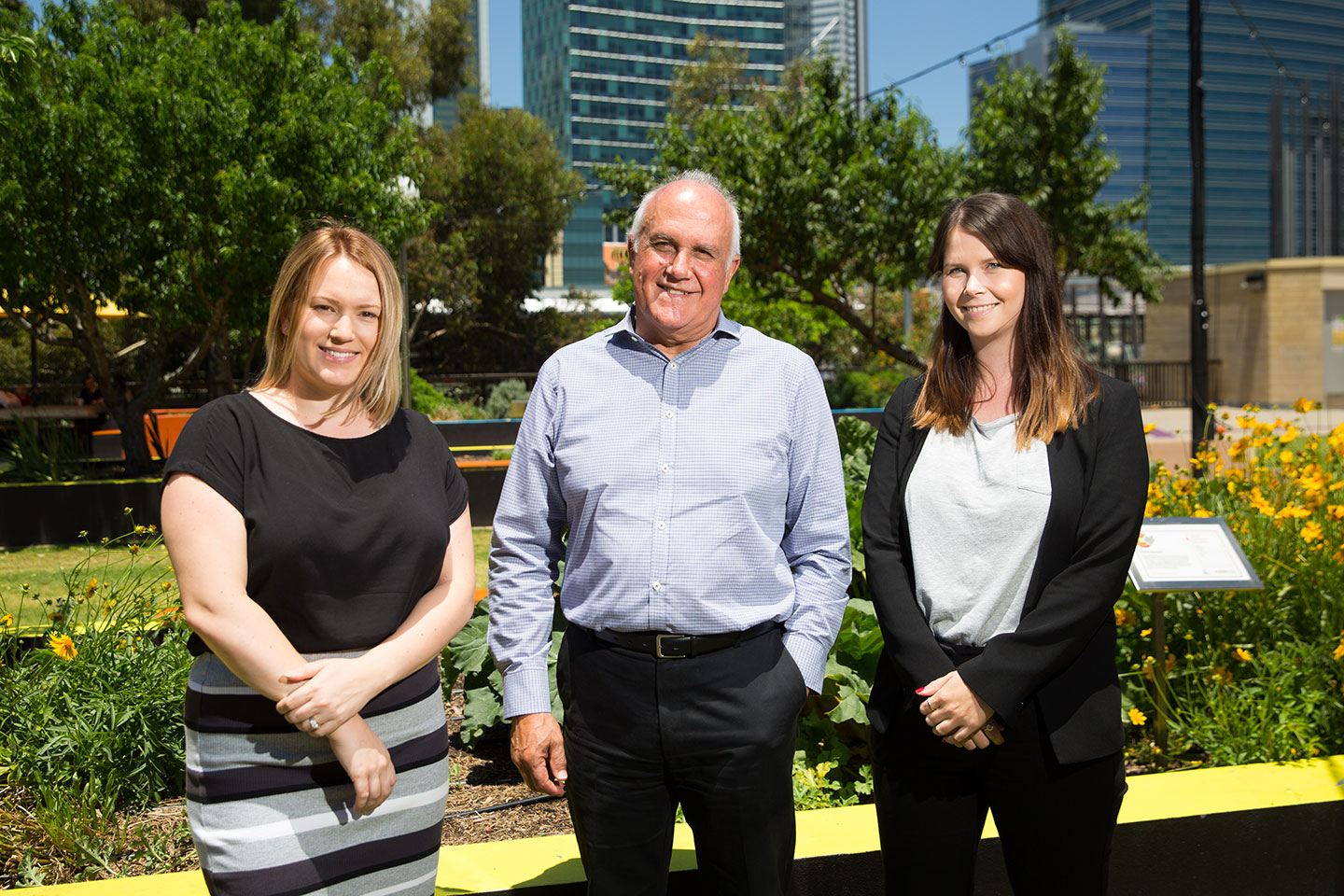 “If someone is tasting wine, they don’t want to give it to a hand that’s reaching from three people back, they want to talk to the customer, answer questions, educate and sell their product,” Mr Campbell said.

“The one-on-one environment is very important to them; they sell more wine, and we provide the environment to generate that.

“But we can no longer get away with just saying we’ve got 40 wine exhibitors, we’ve now got to create a day out where you can also listen to live music – people want to be entertained.

“It’s been one of the hardest adjustments I’ve had to make. It’s important to keep our exhibition roots, but we can’t ignore the entertainment.” 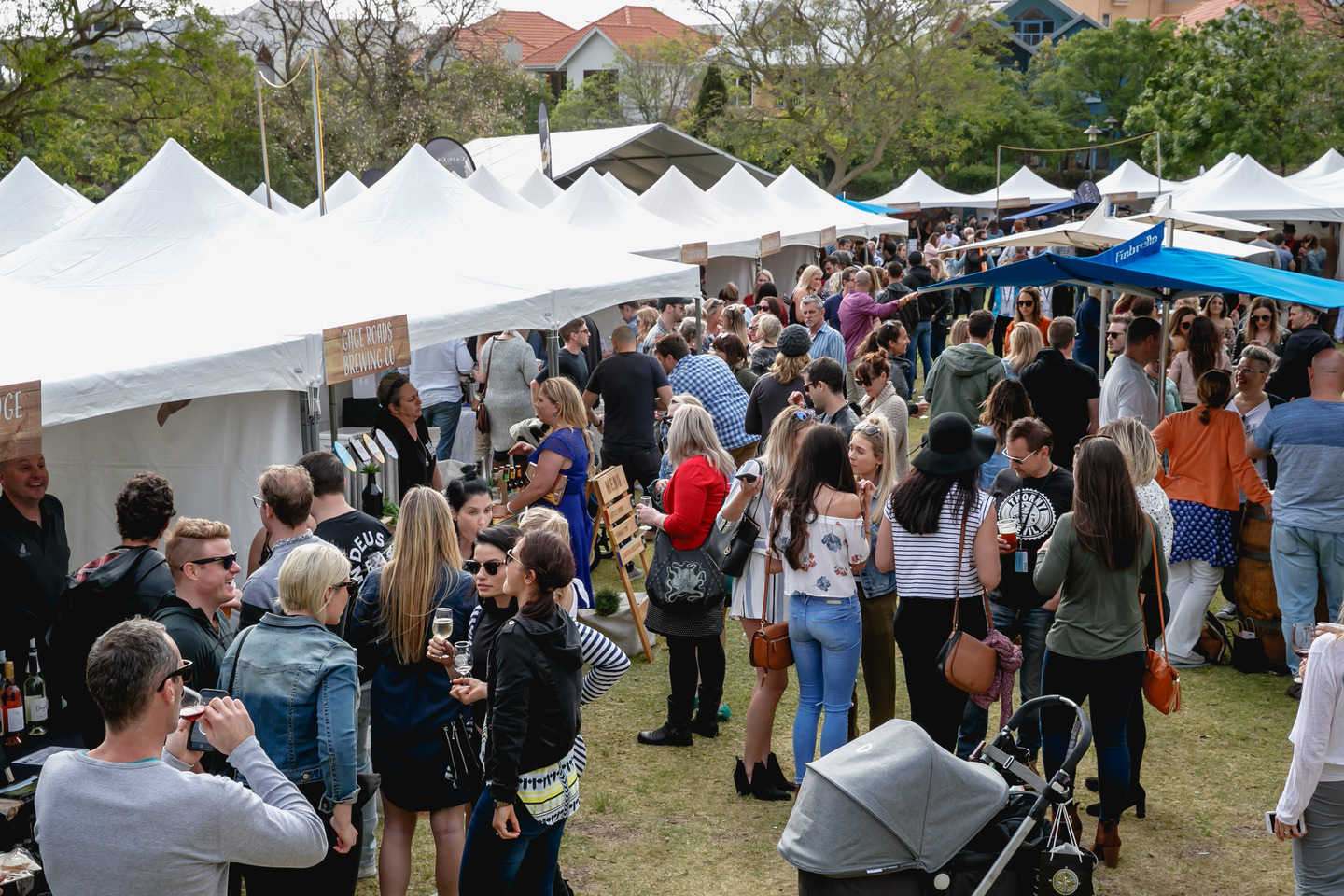 A Scene from the 2017 UnWined Subiaco event. Photo: CMS events

“These days you’ve probably got 400 or so (food and wine) events, and it’s not just one every weekend, it can sometimes be three or four,” he said.

“You need at least three years to get the financial model right or even up to five years to make a success of an event, getting the culture right.

“There are other companies that do what we do, but most opportunities are because of our contacts.

“And while events and event companies may come and go, the industry in WA is in a healthy position.”

The market has been challenging for a number of operators in Perth’s music festival space of late, with several players exiting the state.

In just five years the Southbound, Future Music Festival, Soundwave and Big Day Out music events have been scrapped, with organisers attributing poor ticket sales as the main reason for their demise.

However, where some see decline, others eye opportunity.

Aedan Buckley started out stocking fridges at music festivals at the age of 16 before founding his first business, Perth Bar Staff, in 2008.

Contracting staff to large-scale music festivals, Mr Buckley saw a chance to improve the experience for patrons fed up with big crowds and long lines by establishing his second venture, Bar Pop, with business partner Chris Bausor in 2013.

“I wanted to create a better experience for the customer,” Mr Buckley told Business News.

“It’s an interesting time where the old models aren’t working the way they once did – you need to offer more.

“We’ve taken that segment of the market that was declining and created something else in its wake – a pop-up experience without having the festival negatives like the time waiting in line to get a drink; we really try to over cater it.

“With Bar Pop we curate from start to finish – from location to the type of food and drink on offer, and we wanted to make the experience rare and temporary.”

Like CMS Events, Bar Pop has focused on nurturing a smaller audience, with Ice Cream Factory catering for up to 4,100 people in the original Peters Ice Cream factory and on an adjoining grassed area on Roe Street in Northbridge. 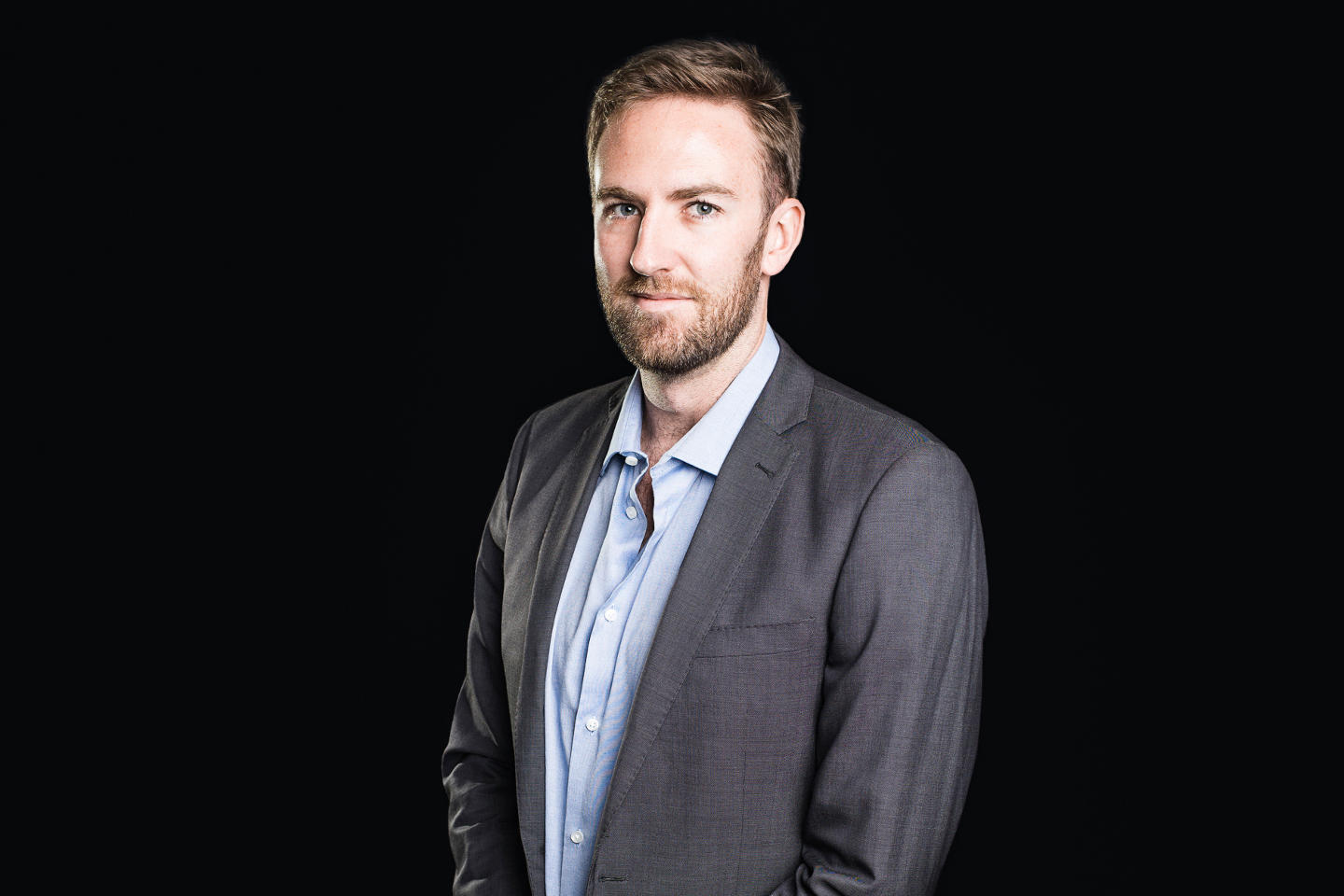 In addition to DJs spread across dance floors inside and outside, the event also offered a bowling alley and karaoke.

“The idea for Ice Cream Factory was a journey of discovery,” Mr Buckley said.

“We tried to jam as much varied stuff as possible in one site – from bowling to a silent disco, a rave, or a nice rooftop VIP deck … there were many different things to do.”

Bar Pop housed bricks-and-mortar hospitality businesses for the event, including Mechanics Institute and Flipside Burgers, operating on a percentage-of-sales model.

Ice Cream Factory also incorporated an UberEats pick-up area for all other food operators in the locality and a back entrance into Paramount nightclub.

Mr Buckley said the pop-up venue had an early closing time of 11pm as part of his aim to promote a collaborative model with other nightlife venues, with New Year’s Eve an exception.

“I try to go to as many festivals as I can to see what people want, what’s busy, what’s cool and what works … it gives me ideas,” he said.

“I’ve had the luxury of going to Coachella, BottleRock and Governors Ball in the US, the Snowbombing festival in Austria and I get over to Splendour in the Grass (Byron Bay) every year.

“A lot of stuff from Ice Cream Factory happens all around the world; it just hadn’t been done before in Perth.”

Bar Pop and currently have about 40 trading dates a year, providing staff and management for events other than their own, including Perth Beer Festival, Falls Festival, Laneway Festival, Perth Festival and Fringe World.

“Although it was year one for Ice Cream Factory, it was year four of the same model getting progressively better and fine-tuning, it’s been a strategic effort to get to where we are.

“And to be honest it was three years of trading at a loss and figuring it all out, but this year it’s going to be a year when the business turns a profit.” 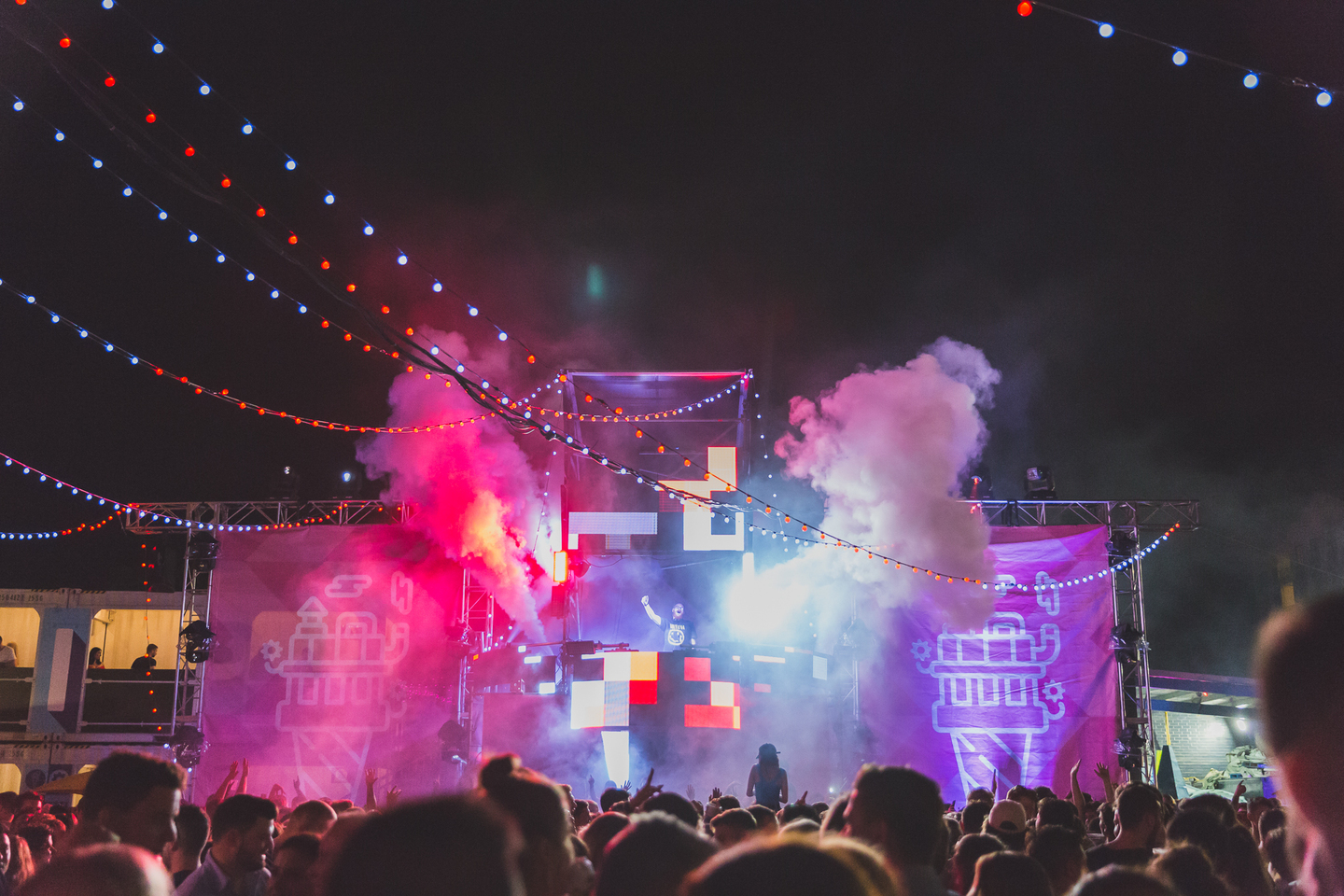