Europe’s shift from a reliance on fossil fuels has resulted in a corresponding increase in its sustainability and carbon footprint requirements. This has brought into focus the need for a strategic local supply chain for the manufacture of lithium-ion batteries in its expanding EV market. Infinity Lithium’s Spanish San Jose project, where the company aims to mine, process and refine lithium chemicals, could potentially benefit from these changing obligations. 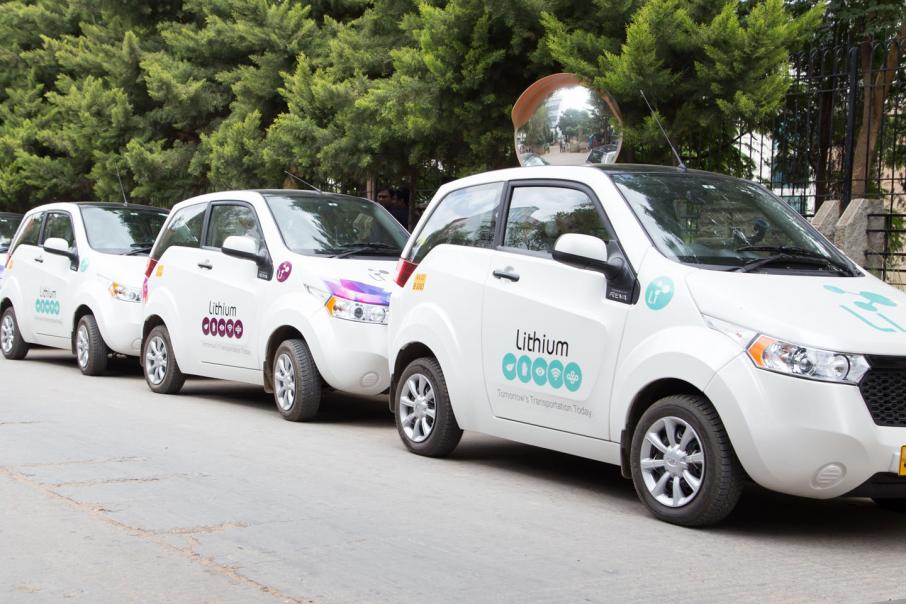 There has been a growing push in Europe to ensure that it retains its own lithium-ion battery, or “LIB”, supply chain for the expanding electric vehicle, or “EV” market, as the continent shifts away from a reliance on fossil fuels.

The company reiterated comments by multinational company Umicore, who stated that: "Europe needs its own battery supply chain. Given the sheer size of the requirements to the European industry similar to what’s happening in Asia it makes … sense … to have a regional supply chain.”

Infinity also noted recent European conferences that outlined robust support for the establishment of a domestic supply of raw materials and refining projects that strengthen the position of the EU in the lithium-ion battery and EV sectors, whilst decreasing the reliance on external actors.

Limiting carbon dioxide emissions remains a high priority for Europe and has increasingly become a consideration for electric vehicle manufacturers throughout their entire supply chain.

Infinity CEO and Managing Director Ryan Parkin said: “It is encouraging to see the increasing focus of the European LIB and EV community respond to not only the highly concentrated geographical constraints seen in today’s lithium chemicals market, but also seek to secure the future of the 2nd largest EV market globally through sustainability and carbon emission considerations.”

The company is planning an integrated project at San Jose, where it will mine, process and refine lithium chemicals on-site in Spain and supply this into European, North American or Asian markets.

However, a commercial gas pipeline runs straight past its project’s front door and provides the company with a ready source of energy to roast the ores, from which it can make the valuable, refined lithium hydroxide products.

Infinity currently holds a 50% interest in the San Jose project though it has an agreement with partner Valoriza Mineria and can move to a 75% interest by completing a detailed feasibility study.

The company continues to advance discussions with strategic financiers, including global offtake companies for its wares.

European car manufacturers like Volkswagen are increasingly moving towards manufacturing electric vehicles, and so it is perhaps unsurprising that interest in producing lithium-ion batteries and lithium chemicals within Europe is also growing exponentially.

Highlighting this demand, Volkswagen said recently that it would produce 50 EV and 30 plug-in hybrid electric vehicle models by 2025.

This will, in turn, require the equivalent of six lithium-ion giga-factories to meet its own needs, with refined lithium supply in Europe already quite restricted.

This is, of course, welcome news for Infinity and its investors, sitting right on Germany’s door step.

Mr McDowell added that the European Investment Bank had identified a significant gap in the market for battery chemicals and is focussed on procuring “raw materials and refining facilities” and hence, positions Infinity well to take full advantage of this in western Spain.

The company’s San Jose project has a JORC compliant mineral resource of 111.3 million tonnes grading 0.61% lithium oxide and 206 parts per million tin, with enough product to underpin an initial 24-year project life, according to its November scoping study.

Infinity says its San Jose lithium project, could churn out up to AUD$172m a year in free operating cash flows before tax, even at the lower end of lithium hydroxide pricing forecasts, over the next couple of decades.

The company has already submitted a mining licence application for the San Jose lithium project, thereby earning its present 50% interest in the venture under the terms of a JV agreement with partner Valoriza Mineria SA.

Valoriza Mineria is a fully-owned subsidiary of SACYR SA, a major billion-dollar construction and engineering firm with a proven ability to get mines into operation in Spain.

The clear endgame for the company is to take advantage of the varied European Government and private sector operators that are seeking to develop a LIB manufacturing hub in this EV obsessed part of the globe.

The outstanding recent results from its scoping study gives Infinity and its JV partners a strong impetus in Spain, as they move forward with this lucrative and intriguing opportunity to extract maximum value from their in-ground lithium assets, just as Europe’s thirst for EVs starts to really hot up.