AVZ Minerals has extended the massive mineral resource for the cornerstone Roche Dure deposit at its proposed Manono hard-rock lithium and tin project in the Democratic Republic of the Congo. The deposit now has an estimated overall resource of 401 million tonnes at average grades of 1.65 per cent lithium oxide, 752ppm tin and 34ppm tantalum for 6.64 million tonnes of contained lithium oxide. 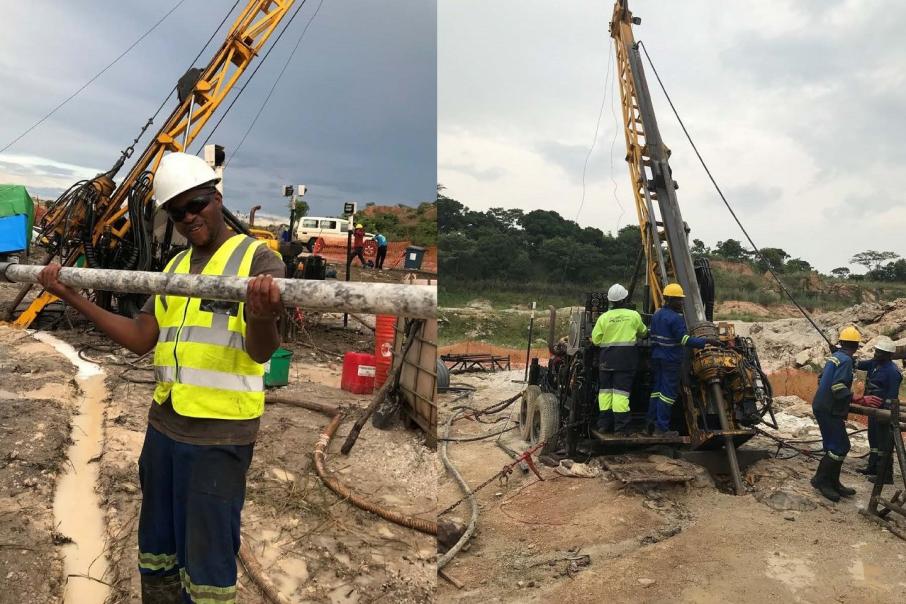 Drilling at AVZ Minerals’ Manono project in the DRC within the Roche Dure wedge that encountered lithium and tin mineralisation beneath the historic pit floor. Credit: Bulls N' Bears

The Perth-based company says results from pit-floor drilling of the “wedge” portion of Roche Dure led to an upgrade of some of the inferred resource material to the higher-confidence indicated resource category.

Roche Dure’s proved and probable reserves as stated in AVZ’s definitive feasibility study last year stand at 93 million tonnes of ore at an average grade of 1.58 per cent lithium oxide.

The Roche Dure open-pittable deposit occurs over about 1.6km of strike length that has been subject to drilling and sampling.

AVZ says the pit-floor drilling carried out last year and this year points to continuity of the pegmatite-hosted mineralisation within the wedge.

Significantly, the tin component of the resource has risen from a previous 719ppm.

Dewatering of the Roche Dure pit last year gave AVZ drill rig access to help it determine the nature of the mineralisation in the area beneath the existing pit floor.

The company refers to this mineralised zone as the wedge.

It was previously classified as inferred resource and waste material that could not be accurately evaluated with data from previous drilling.

A total of nine diamond drill holes, inclined to the north-west and between 72m and 276m deep, were completed in 2020 and this year.

According to AVZ, all of these holes were collared in pegmatite and fresh spodumene-bearing pegmatite was encountered within the first 10m of the pit-floor base, with the exception of one hole that intersected fresh pegmatite from 16m.

AVZ Minerals Managing Director, Nigel Ferguson said: “Geological modelling of the pit floor has confirmed the presence of high-grade, fresh pegmatite in all of the nine resource holes drilled on sections 7100mN to 7300mN at Roche Dure.”

“This … has resulted in the upgrade of some 12 million tonnes of inferred resources to indicated resources. These additional tonnes, located at shallow depth in the existing pit, are expected to result in fundamental improvements to the mine design and mining schedule as the optimised mine model will treat the wedge material as ore, rather than waste.”

The company says a lower strip ratio stemming from the increase in ore predicted to be extracted in the optimised mine plan together with lower life-of-mine cost assumptions are expected to have a positive financial impact on a revised DFS scheduled to be tabled next month.

AVZ hopes the optimised DFS will help bed down debt and equity funding for the proposed Manono mining and processing operation.

Last year’s DFS mark I contained an estimated pre-production capital cost for Manono of US$545 million and a cracking average annual EBITDA forecast of more than US$400 million a year, both on a 100 per cent ownership basis.

The economic projections were predicated on annual production from Manono of 700,000 tonnes of spodumene concentrate across an initial planned mine life of 20 years.

AVZ holds 60 per cent of the project and has an option to increase its ownership interest to 75 per cent.

Management is looking to make a final investment decision on the project development during the current quarter.