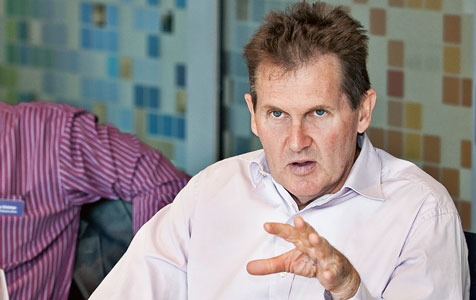 The Western Australian economy is at the crossroads of a switch away from its very heavy reliance on resources-sector construction in favour of other parts of the economy – the interest rate-sensitive dwelling construction industry chief among them.

And while you always need to be careful what you wish for – lest you get it in spades – a gentle retreat in resources-based business investment may not be such a bad thing, if it gives other sectors of the state’s economy a bit more room to move.

Had the impending cyclical upswing in dwelling construction been looking for a foothold a year ago, it would not have made it past first base if Perth’s builders had been forced to compete aggressively with the then booming resources sector for scarce materials and labour.

Nevertheless, ultimately it is the resources sector that drives the population growth that, in turn, determines the demand for dwellings; so anything more pronounced than a modest pullback in mineral and energy-backed construction will limit the upside potential for the number of new dwellings constructed in the next couple of years.

However despite doubts about if, when, and how the vast Browse gas fields are developed, it would take a sharp slowing in China’s economy to strike out the dwelling cycle’s uptick before it steals at least another couple of bases.

The sharp slide in full-time employment growth is likely to be arrested as the dwelling construction cycle gathers a solid head of steam, although when full-time jobs growth re-accelerates it is unlikely it will approach either of the most recent resources boom peaks.

It could actually be of some benefit if the next boom in jobs growth were less robust, to allow the state’s transport infrastructure, be it freight or passenger, road, rail, air or water, to catch up with the previous booms.

Even if the emerging cyclical growth phase in dwelling construction is stronger and longer than expected, the WA economy still has to look beyond it for sources of growth in the back half of this decade, because the next boom in the resources sector may not arrive until sometime in the next decade.

The next ‘boom’ will likely be of a quite different complexion, anyway. WA is moving into a consolidation phase, when the fruits of booms I and II are harvested in the form of rising export receipts and royalty payments.

As and when the expansion of China’s economy is driven more by consumption, including of services, than steel-intensive infrastructure investment, WA’s world-leading iron ore mining industry will take over from gold mining as the state’s elder statesman.

A significant shift in the profile of China’s growth is probably not on the cards as the new regime in Beijing finds its feet, but neither is it so far over the horizon that it can be dismissed as future generations’ problem.

If indeed it is a problem.

Australia as a whole, but WA in particular, would need to grab only a small market share of exports of a range of services, including health and business services, to China for it to be a big deal in absolute terms.

Food for thought as the search for growth post resources boom II continues in earnest.