The company behind Jamie’s Italian restaurant is looking to build on the venture’s success by opening a second venue in Perth.

The company behind Jamie’s Italian restaurant is looking to build on the venture’s success by opening a second venue in Perth.

Sydney-based Keystone Group has confirmed it will open a restaurant called Chophouse in the Cloisters Arcade redevelopment at 200 St Georges Terrace, which is being undertaken by Probuild.

The Chophouse restaurant brand was also launched by Pacific Restaurant Group; it opened the first Chophouse in Sydney in 2008 and has chosen Perth for its next venue.

It is described as a modern take on the traditional New York steakhouse-style of restaurant with specialities including its signature Black Angus rib eye beef and glazed beef short ribs.

The restaurant is expected to open early next year and will be larger than the Sydney restaurant, with seating for 210 people across two levels, including an outdoor terrace.

The Keystone Group indicated its intention to expand the Pacific Restaurant Group’s brands across Australia following the acquisition, as well as its own brands, which include a number of bars in central Sydney.

The opening is another sign of the increasing sophistication of Perth’s hospitality sector.

Alongside the opening of Jamie’s Italian, Crown Perth has worked hard to secure notable restaurant brands in its Burswood venue.

It now houses brands such as Rockpool, Nobu and Bistro Guillaume. 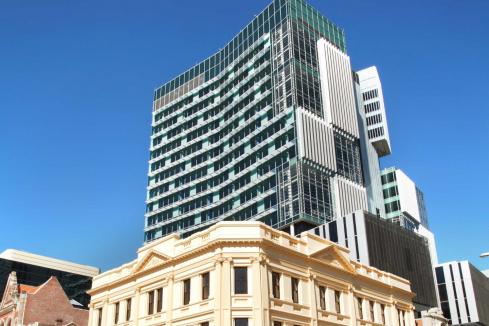