Movement in major city centres has dropped 80 per cent in the past two weeks, Prime Minister Scott Morrison said today, while flagging development of a policy to hibernate businesses until the COVID-19 pandemic is over. 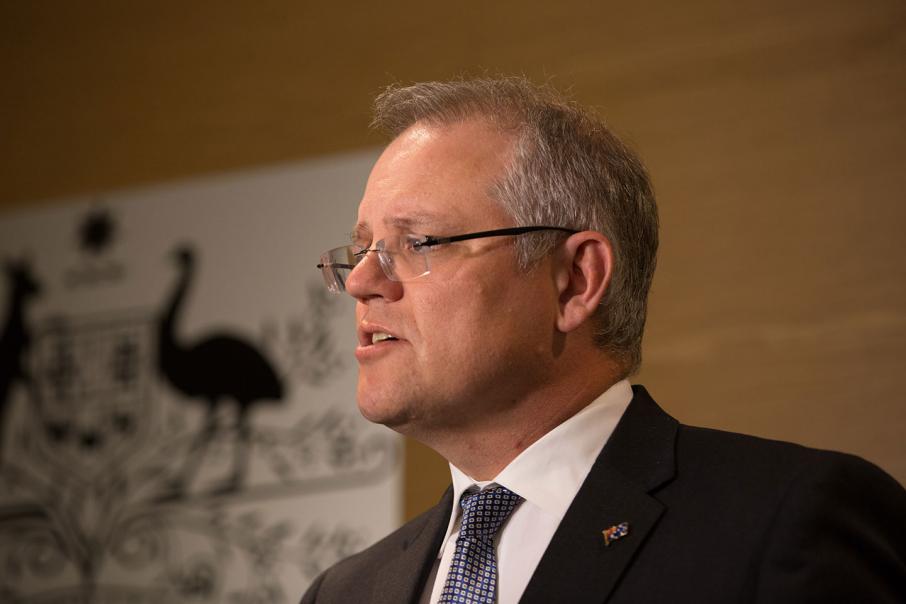 Movement in major city centres has dropped 80 per cent in the past two weeks, Prime Minister Scott Morrison said today, while flagging development of a policy to hibernate businesses until the COVID-19 pandemic is over.

“Thank you for the way over the course of this week you have been responding to the very significant changes that we've been asking you to make to your lives and to your livelihoods,” Mr Morrison said at a press conference in Canberra.

“(P)eople moving around places like Melbourne and Sydney... in the last two weeks, (has) fallen by around 80 per cent.

"This has been a significant shift.

"We need to see it keep taking place, all around the country.

"But you have encouraged us greatly.

"You have encouraged us by the way in which you have taken this on.

"We've called on you as Australians to combine together in this effort and your response over the past week has been simply magnificent."

That comes after a paper from the University of Sydney calculated that the pandemic would be over in Australia much more quickly if Australaians reduced interactions by 80 per cent or more.

In this vein, government advice this week has been that employees should work from home unless they are not able to do so.

"Large companies, like Woolworths, are completely changing how they do things and employing more Australians.

"Cafes are changing how they do things.

"Businesses are being agile and they are adapting, even under significant strain and stress."

Mr Morrison said from tomorrow night, Australians returning from overseas would be quarantined at airport hotels.

That will be enforced with the assistance of defence force personnel, he said.

Arrivals through airports had fallen about 80 per cent from this time last year, making it easier for states to enforce the rules.

About three quarters of cases of COVID-19 were from Australians returning home.

“By you getting onboard with the changes we've needed to make, we can target into these areas of most concern,” Mr Morrison said.

He said the country was dealing with two big challenges from the pandemic, the health impact and the economic effect.

The government was working on a policy to put at risk businesses into hibernation until the crisis was over, Mr Morrison said, although the exact detail will not be revealed yet.

"This will be a very innovative approach in the circumstances we find ourselves in," he said.

"We will have more to say about this, but I discussed it with the Premiers and Chief Ministers today.

"The idea is pretty simple, there are businesses which will have to close their doors.

"They will have to keep them closed either because we have made it necessary for them to do so, or simply there is just not the business to keep their doors open.

"We want those businesses to start again.

"And we do not want over the course of the next six months or as long as it takes, for those businesses to be so saddled by debt, so saddled by rental payments, so saddled by other liabilities that they will not be able to start again on the other side.

"This will underpin our strategy as we go to the third tranche of our economic plan, and that will include support by states and territories of managing the very difficult issue of commercial tenancies and also dealing ultimately with residential tenancies as well."